Things to do in the Gaslamp Quarter: October 20-23

Ready for the weekend?! Check out below for some things to do in the Gaslamp Quarter! 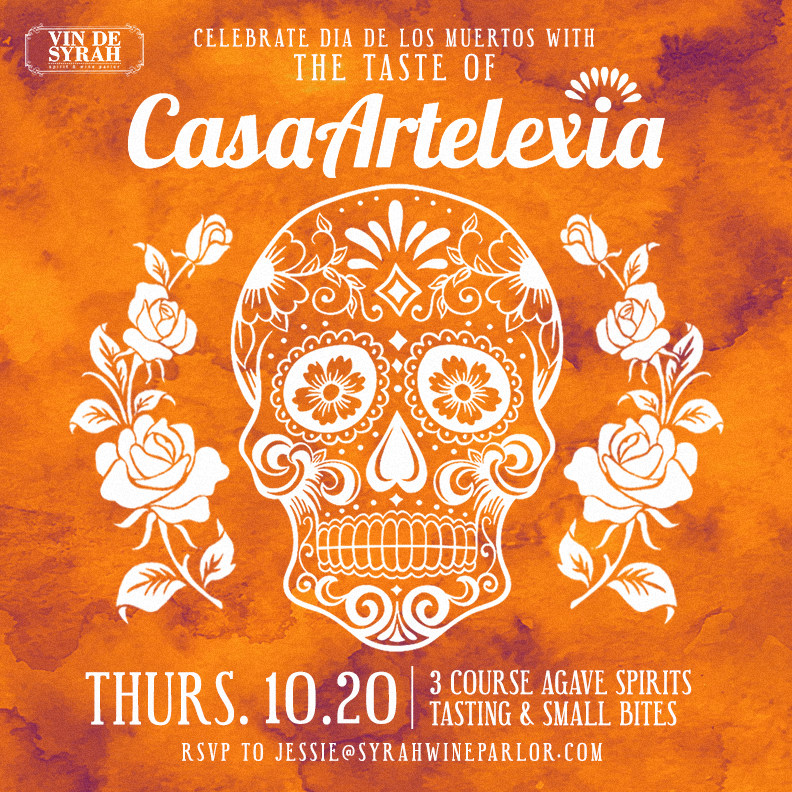 Celebrate Dia de los Muertos with the taste of Casa Artelexia as they partner with Vin de Syrah to bring Mexico to you! We’re hosting our first ever 3 course agave spirits tasting on October 20th from 7-9pm. Each course is perfectly paired with unique and amazing small bites and you won’t want to miss the festive decor we have planned for the table. Hosted by our in-house sommelier Brendan and Artelexia’s very own Elexia, this is going to be a tasting you’ll be talking about for years to come. Seating is limited and by reservation only. Please email Jessie@syrahwineparlor.com for the menu and further details. 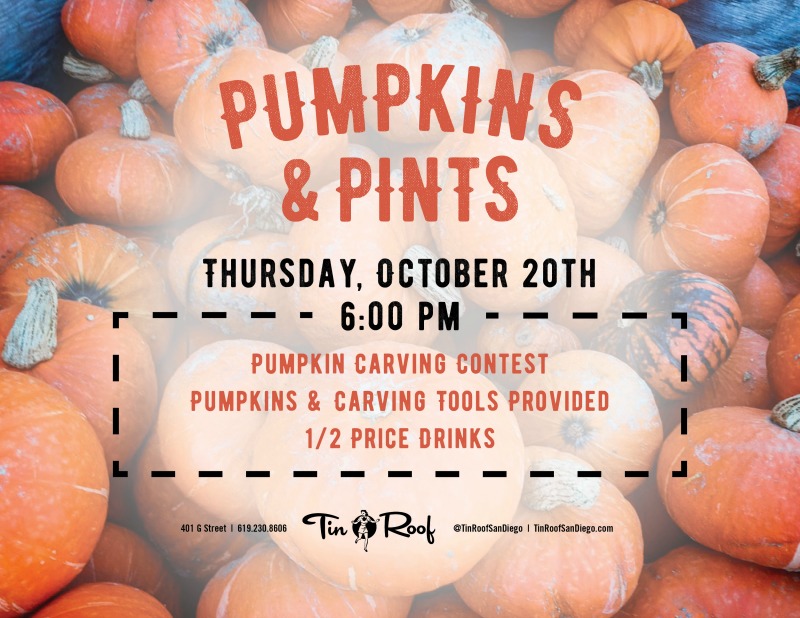 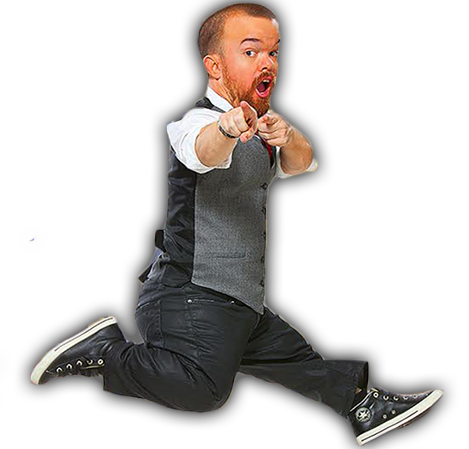 Brad Williams possesses something that everyone can agree is funny: a disability. Brad is a dwarf. He has appeared on numerous TV shows including Mind Of Mencia,Live at Gotham, the Tonight Show, Jimmy Kimmel Live, and Pitboss. Brad has also performed for the troops all over the world because soldiers think dwarfs are funny too.

Brad was born and raised in Orange County, CA. He dropped out of college and started doing comedy at the age of 19. He toured as Carlos Mencia’s opening act for 5 years. Brad’s big break came when he would appear in numerous sketches on Comedy Central’s Mind Of Mencia TV show. Brad’s memorable roles on the show include playing a whore dwarf (“whorf”), the leader of an all dwarf basketball team, joining Mencia at a Renaissance faire, and giving a speech about his hatred of podiums.

Brad’s show is high energy. Robin Williams called him “Prozac with a head.” Brad’s ability to make humorous observations on disability, relationships, sex, and race are winning over audiences and proving that anyone can overcome their shortcomings. 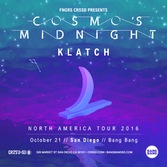 We are excited to host Cosmo’s Midnight at Bang Bang on Friday, October 21st.

Get your tickets here: ticketf.ly/2cs4f4E 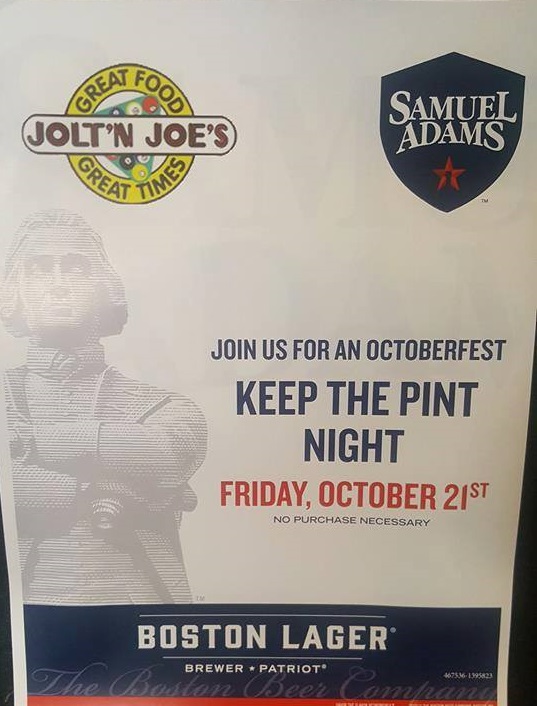 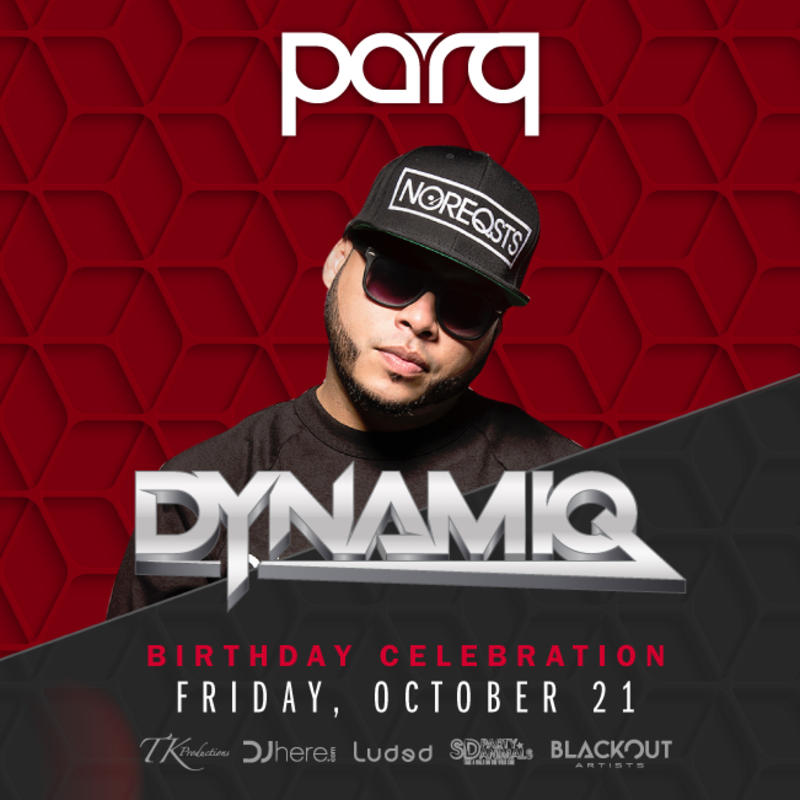 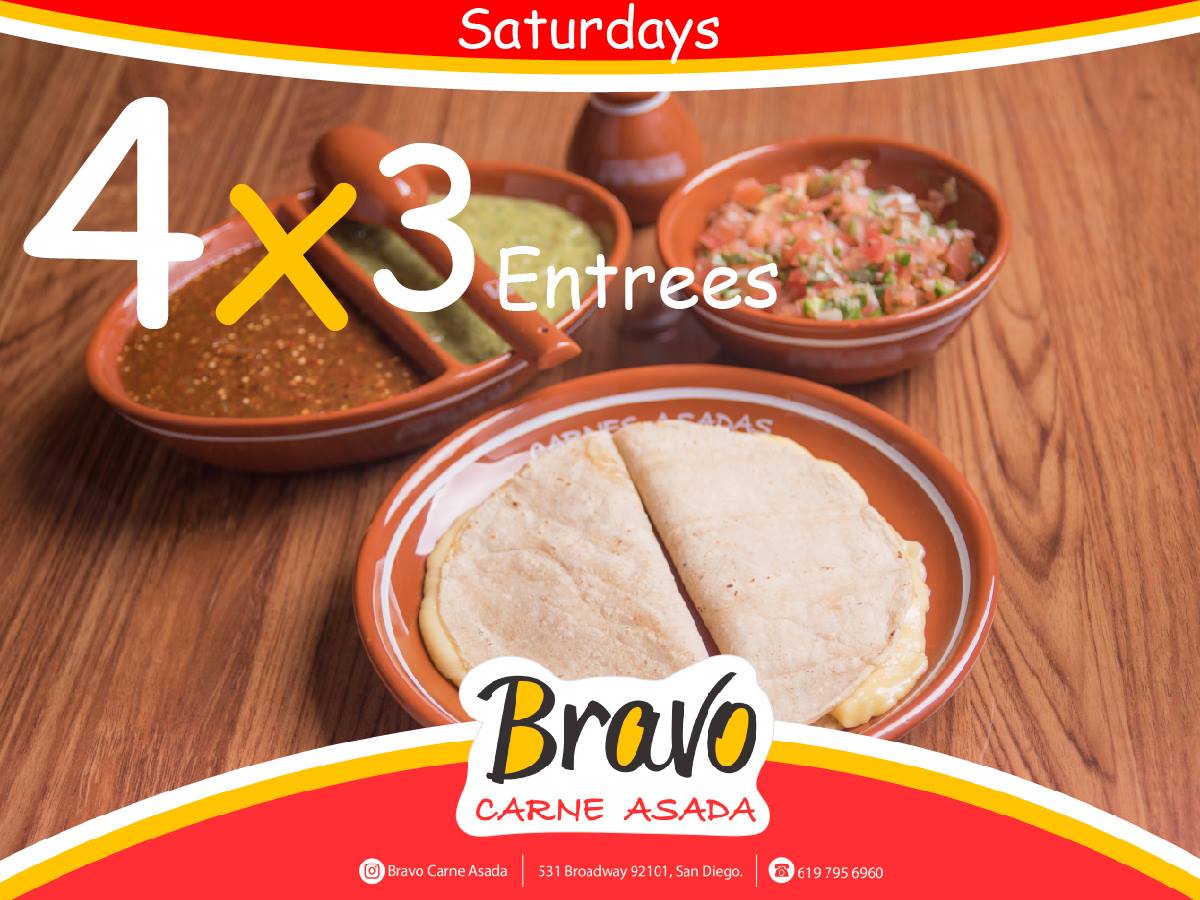 Authentic Carne Asada at Bravo SAVE BIG on Saturdays 4 entrees for the price of 3!

*4th entree is free when the purchase of three. The free entree is the one of lesser value. Not valid with other promotions, thru 11/15/16. 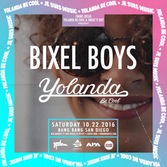 This Saturday! We welcome Bixel Boys x Yolanda Be Cool! 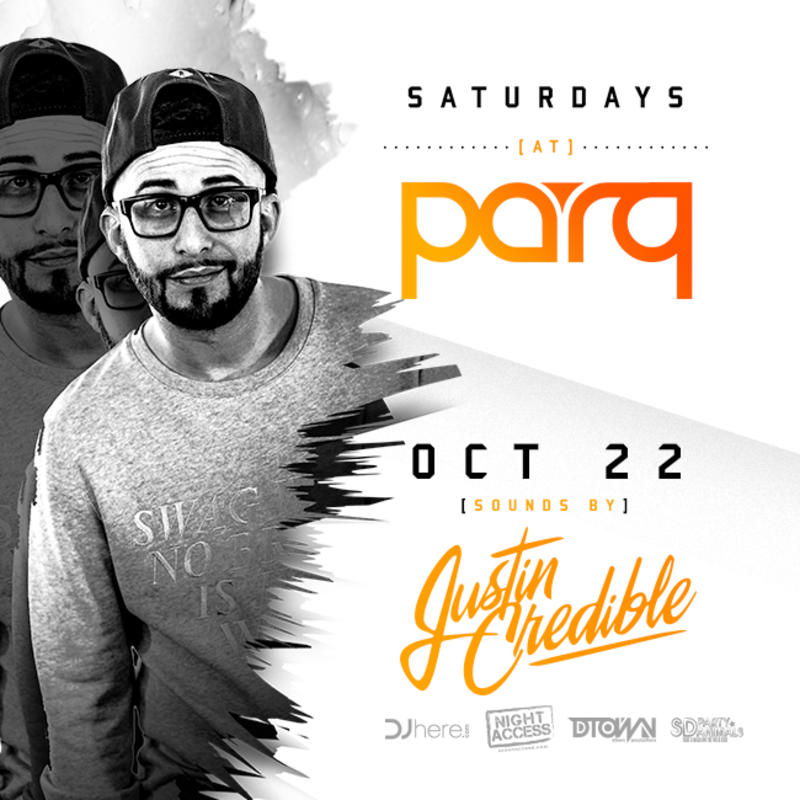 Born and raised in Los Angeles, California, Justin has always had a passion for music. Justin began DJing at the age of 16 at local house parties and school functions. As soon as Justin fell in love with Hip Hop, he quickly became enthusiastic about DJing. Justin, current SKAM artist, has successfully attempted to take what he has learned thus far, and create his own niche in the entertainment world that sets him apart from others. With a unique style on the mic, and an eclectic ear for great music, Justin Credible can be heard DJing everything from Hip Hop and Top 40 to 80′s and more. Justin not only wants to be known as an International DJ, he wants to venture into the world of producing music and put his mark on the fashion industry. The sky’s the limit for Justin. “Life isn’t about finding yourself… It’s about creating yourself.” 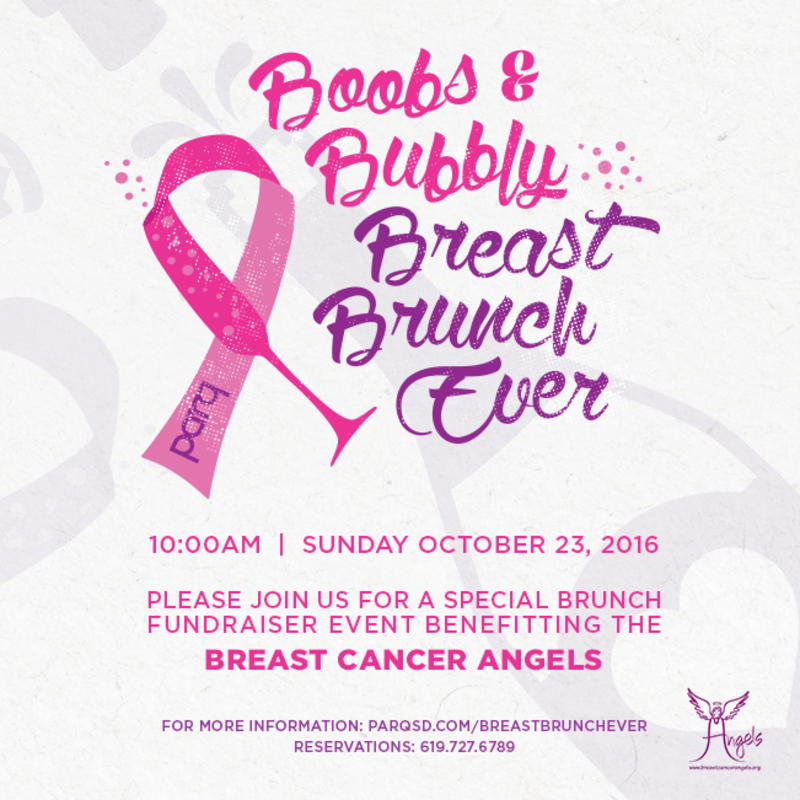 Make your reservation now and enjoy our delicious brunch while supporting a great cause!

If you cannot attend the event – please show your support to the Breast Cancer Angels by donating to their website at:
http://www.breastcancerangels.org/angels/donate-now 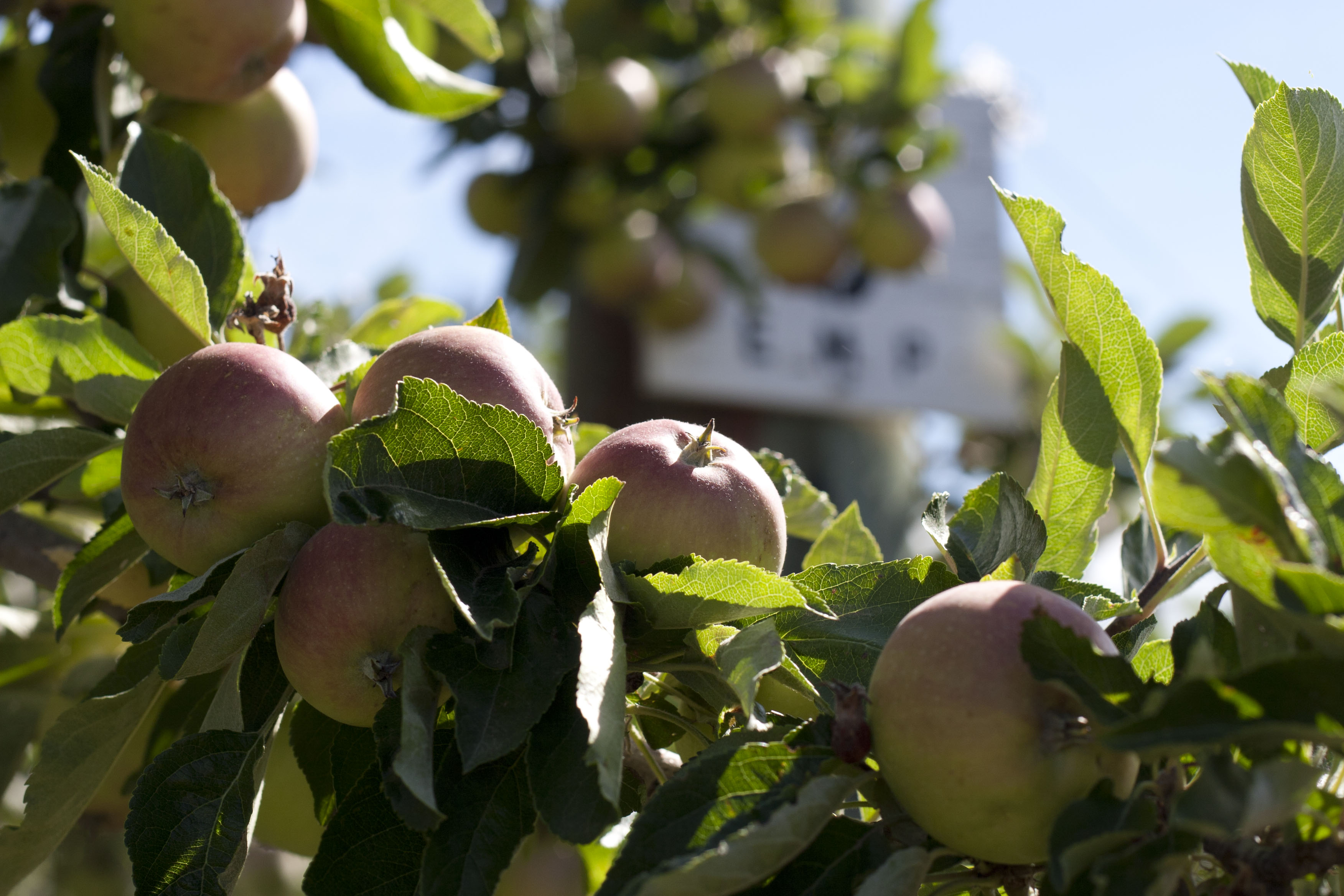 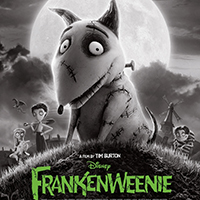 (1984) Frankenweenie is a Tim Burton-directed short film produced by Walt Disney Pictures and co-written by Burton with Leonard Ripps. It is both a parody and homage to the 1931 film Frankenstein based on Mary Shelley’s novel of the same name.

(2012) Frankenweenie –Young Victor Frankenstein (Charlie Tahan) is a science nerd and outsider at school, but he does have one good friend: his dog, Sparky. But then, tragedy strikes, and Sparky shuffles off this mortal coil. Victor is heartbroken, but his science teacher (Martin Landau) gives him an idea of how to jolt old Sparky back to life. The experiment is successful, and all goes well, until Victor’s fellow students steal his secret and use it to resurrect other dead animals — with monstrous consequences.

Both films are rated PG

Pinzimini – 25% Off AND complementary parking ($20 value)