Last Wednesday night at Parq night club The Gaslamp Quarter Association recognized the best of the best in our historic district with the 22nd annual, Lamplighter Awards.  RMD group was the title sponsor and The San Diego Union Tribune/ Pacific Magazine helped to present the posh evening full of revelry, awards, and a sous chef show down!

The evening started off with guests walking the red carpet  and getting their pictures taken at the step and repeat sponsored by Coca Cola.  Nominees and guests were able to peruse the silent auction filled with gold albums, weekend stays, wines and signed sports memorabilia.  People also got to try the delectable treats from Park Place Cafe, Challenge Dairy, and The Melting Pot guests also got to vote on 8 other restaurants participating in the first “Sous Chef Showdown” award. 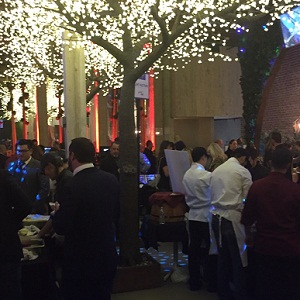 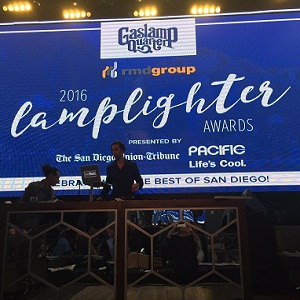 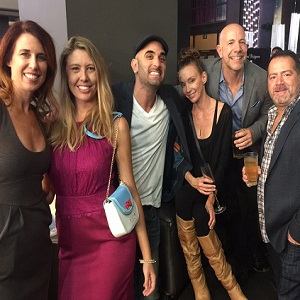 The Sous Chef Showdown was a gathering of rising stars from the Gaslamp Quarter culinary scene who battled for the “Best Up and Coming Chef in the Gaslamp”  Guests sampled some amazing creations and voted for their favorite by placing a poker chip in a glass dish at their favorite “bite” station.

The winner was crowned as the last Lamplighter Award of the night.  Congratulations to Michael Mora from Rustic Root!  He was not only awarded bragging rights, but also a Global Chef’s Knife engraved with the Gaslamp Quarter Association logo and “The 2016 Sous Chef Showdown Winner.” 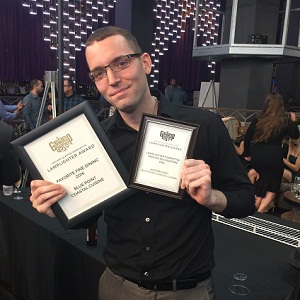 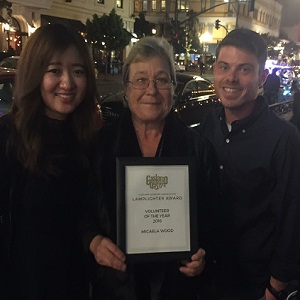 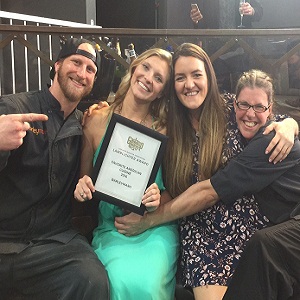 Congratulation to all nominees!  And the 2016 Lamplighter Awards go to…….. 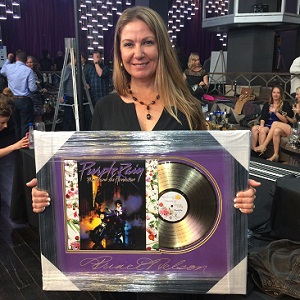 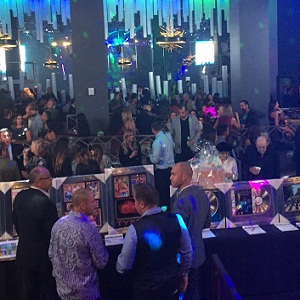 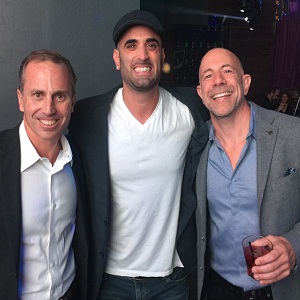 The evening capped off with a quick ride from Free Ride Everywhere Downtown (FReD) whisking guests to the after party at Henry’s Pub.

“The 2016 Lamplighter Awards proved to be a wonderful success!  Thank you to McFarlane Promotions, all of our sponsors and Gaslamp Quarter member businesses for making this event truly special!”  – Michael Trimble, Executive Director of the Gaslamp Quarter Association.