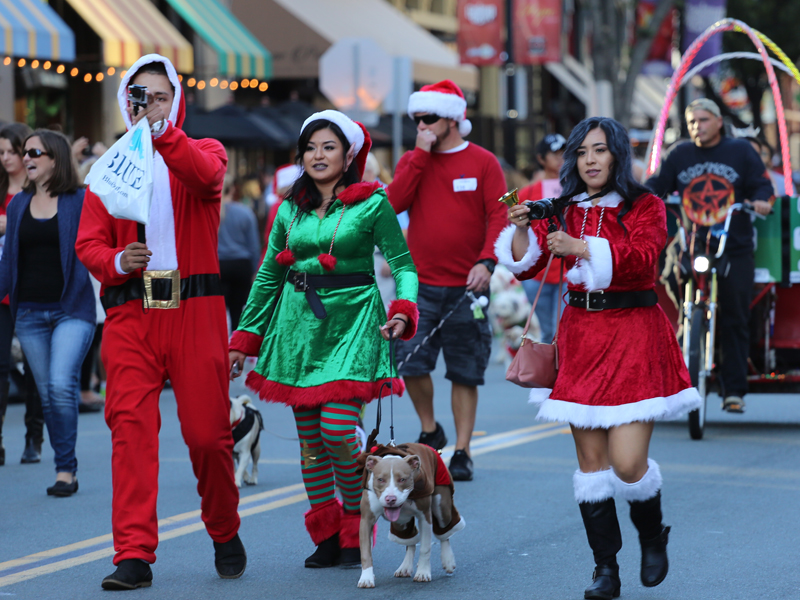 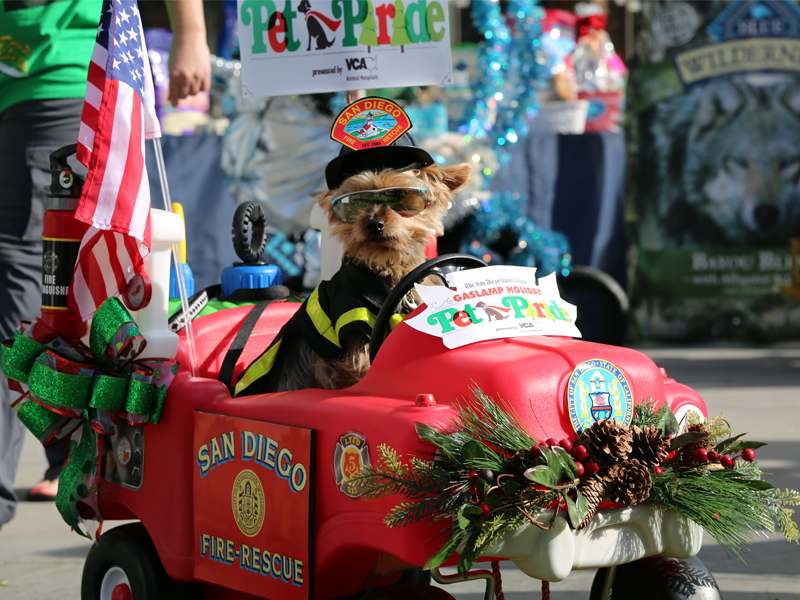 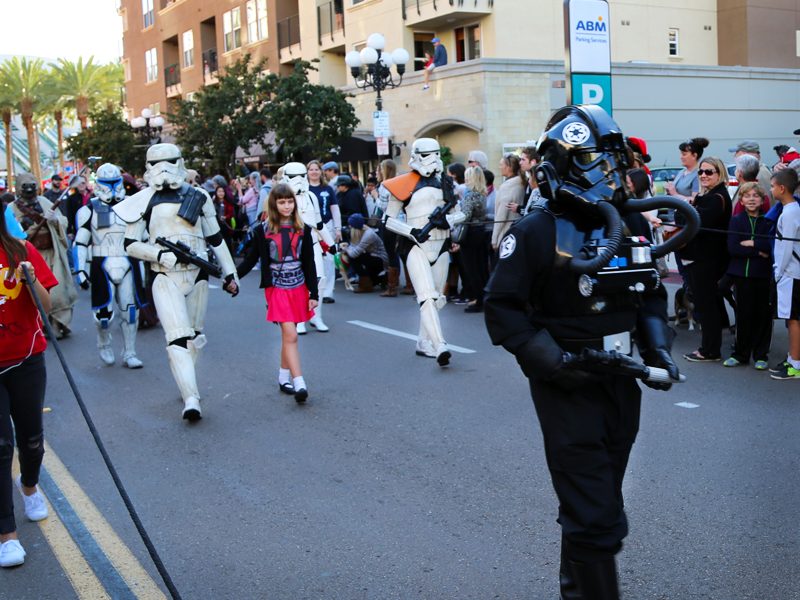 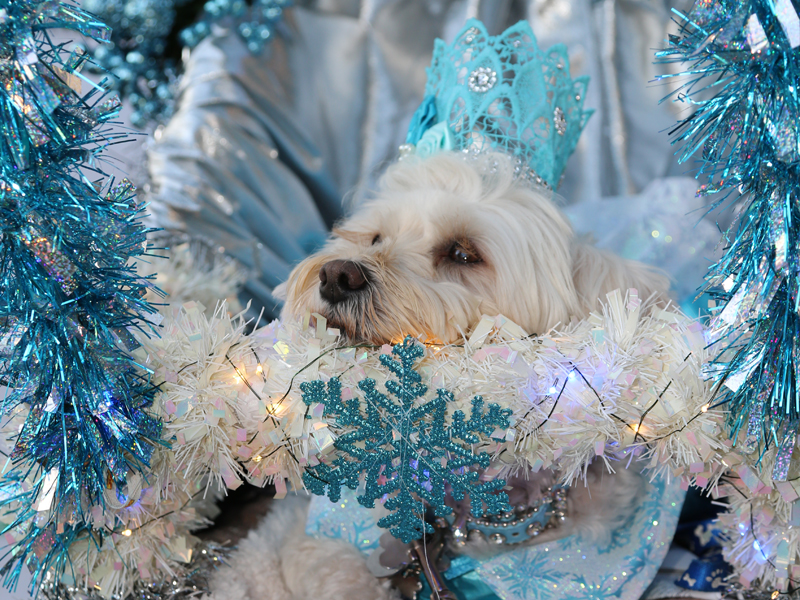 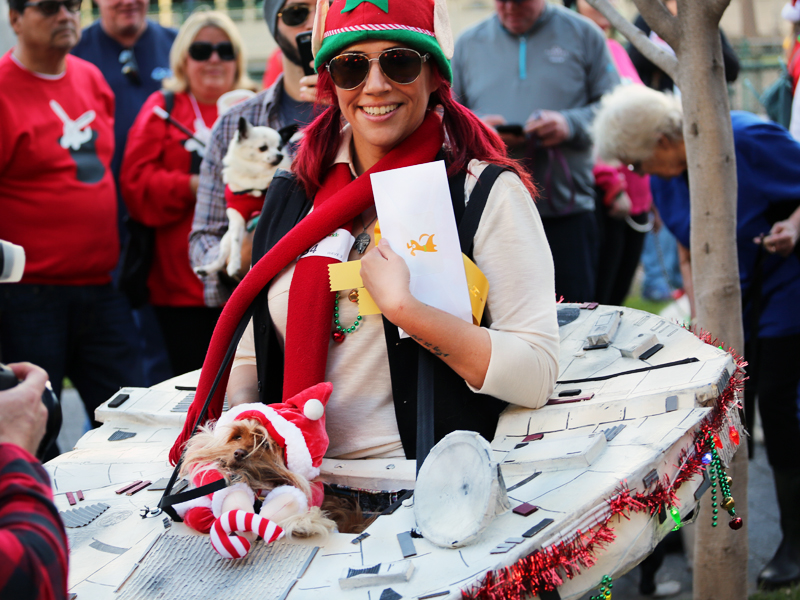 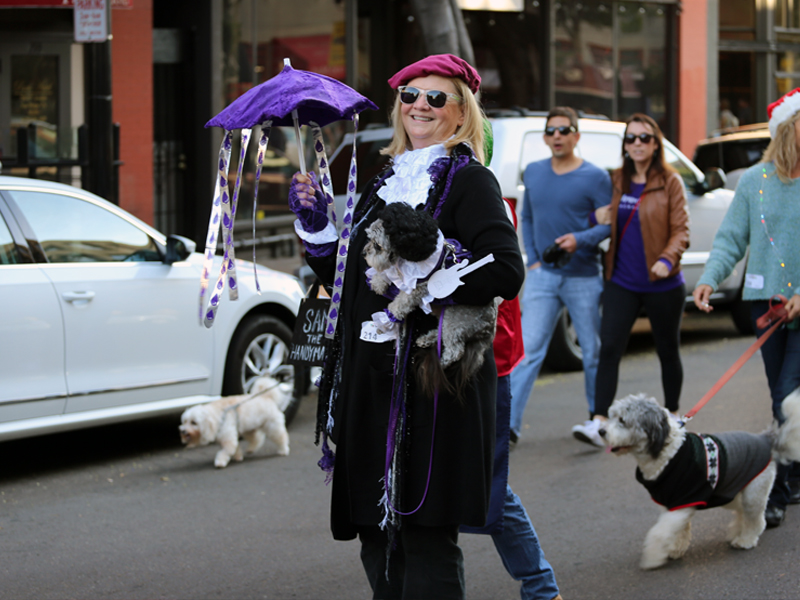 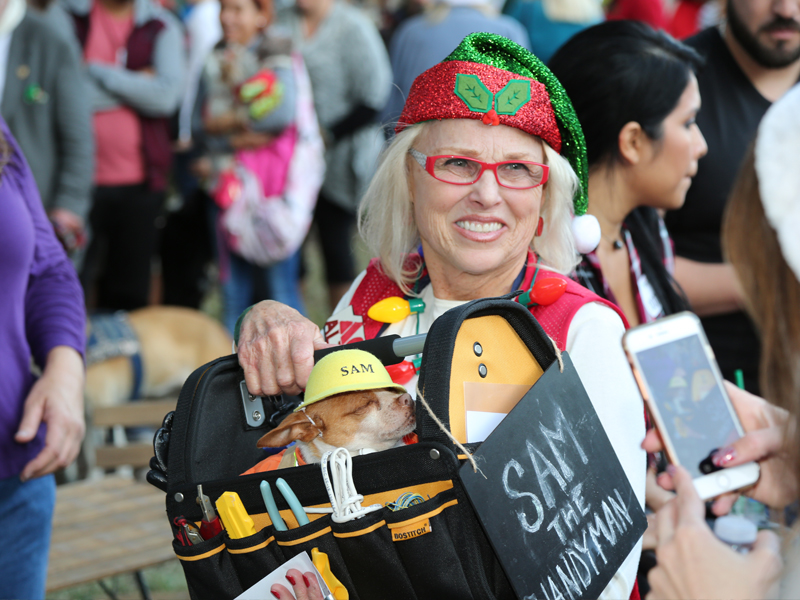 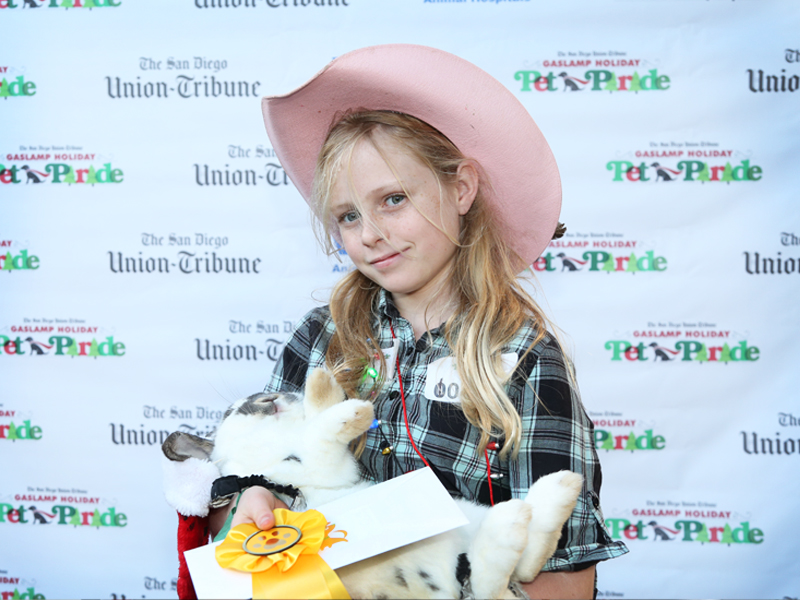 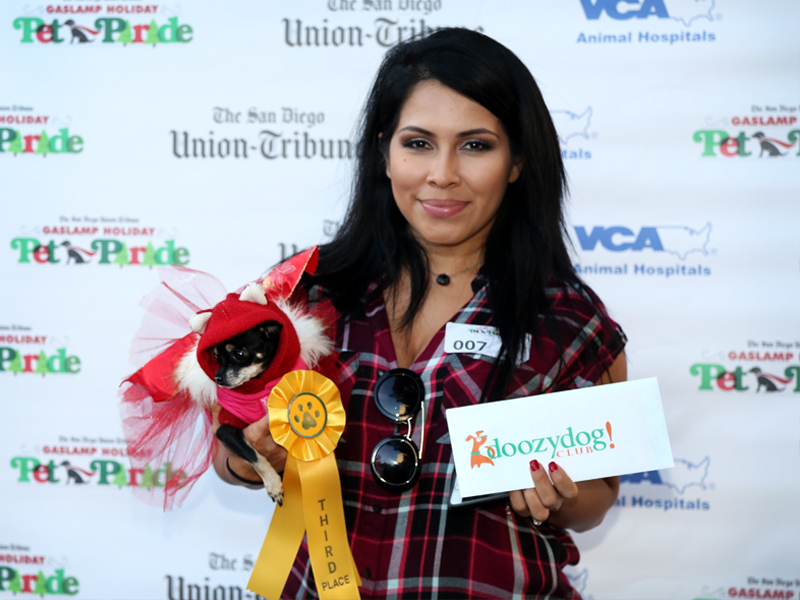 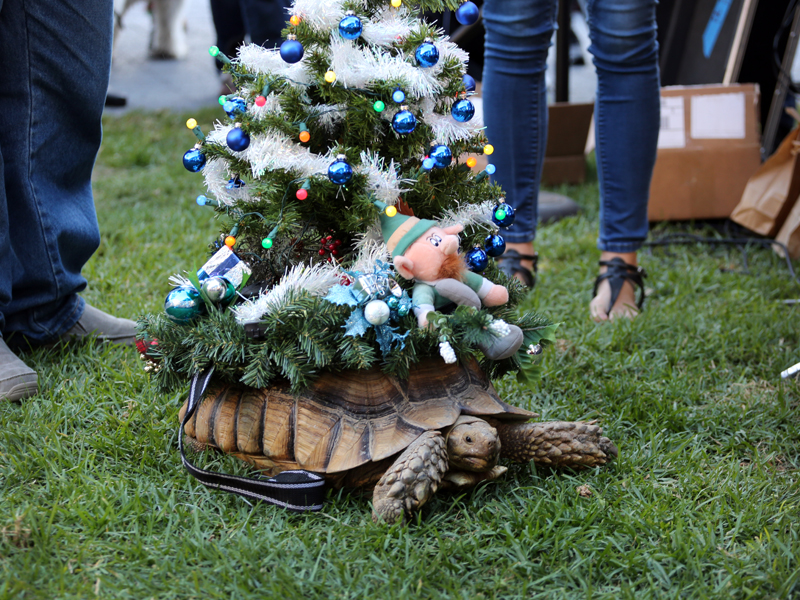 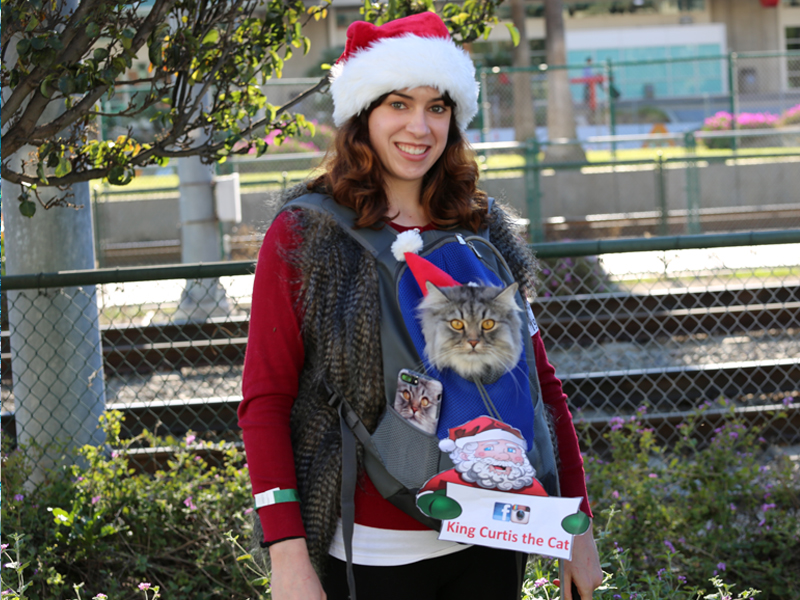 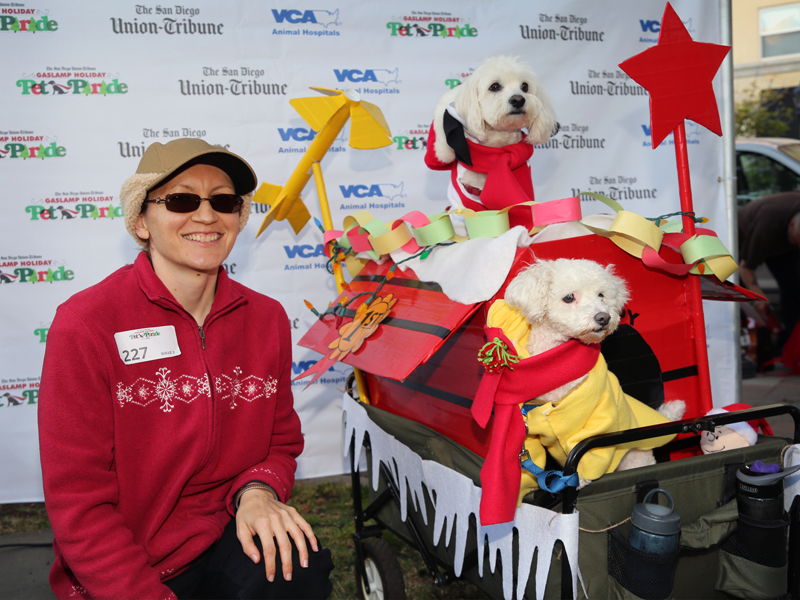 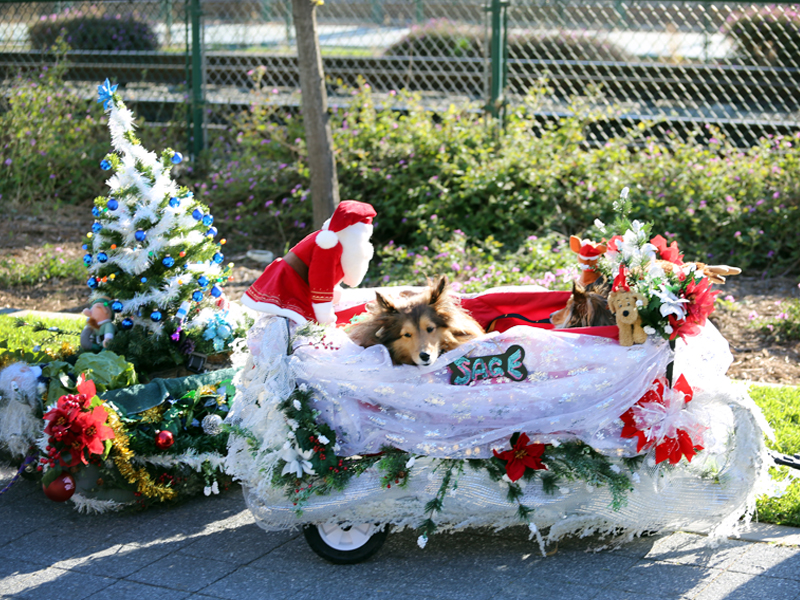 The 9th Annual San Diego Union Tribune Gaslamp Holiday Pet Parade presented by VCA Animal Hospitals was the biggest one yet.  With 28 pet expo vendors, music by the George Farres band, special guests, and over 350 pets dressed in incredible costumes, the event was a huge success!

The event kicked off at 1 pm last Sunday in the Hilton Gaslamp Park located at 401 K Street.  Guests and their pets had the chance to win prizes in 10 different categories sponsored by Doozydog! Club and the San Diego Humane Society.  They were also able to saddle up at the “pet treat” bar put on by the goodie bag sponsor Blue Buffalo as well as enjoy the music and take pictures.

At 3pm the parade took off with the San Diego High School Drum Core, and Volunteer of the Year, Micaela Wood, carrying the banner that led the parade.  Grand Marshall’s Ferra and Ozzie the Chihuahua’s, 2015 “Best in Show Winners,” were in a BB8 Star Wars float and flanked by 12 storm troopers from the 501st legion.

Chance the dog, mascot of the San Diego Humane Society, Gulliver the Gull and Gull Girls from the San Diego Gulls, Miss San Diego 2016 Chelsea Magracia and her dog Bella, and the first recipient of the Grey Friars Bobby Award, retiring partner from the San Diego Police Department’s K-9 unit, Oscar and his handler Officer Bret Edwards were the featured dignitaries in the parade.

Of the 350 animals that were primarily dogs, parade participants and viewer saw other pets as well such as rabbits, chickens, cats, tortoises, and lizards.

“It is incredible how the pet owners of San Diego get into this event.  It is so perfect for the holiday’s and exciting that this event grows every year!”  Said Executive Director of the Gaslamp Quarter Association, Michael Trimble, who is looking forward to the 10th Annual event next year on Sunday, December 10th, 2017.