Things to do in the Gaslamp Quarter: December 8-11

Ready to celebrate the holidays in the Gaslamp?! Come down this weekend for lots of events filled with holiday spirit such as the Toast of Gaslamp and Holiday Pet Parade! 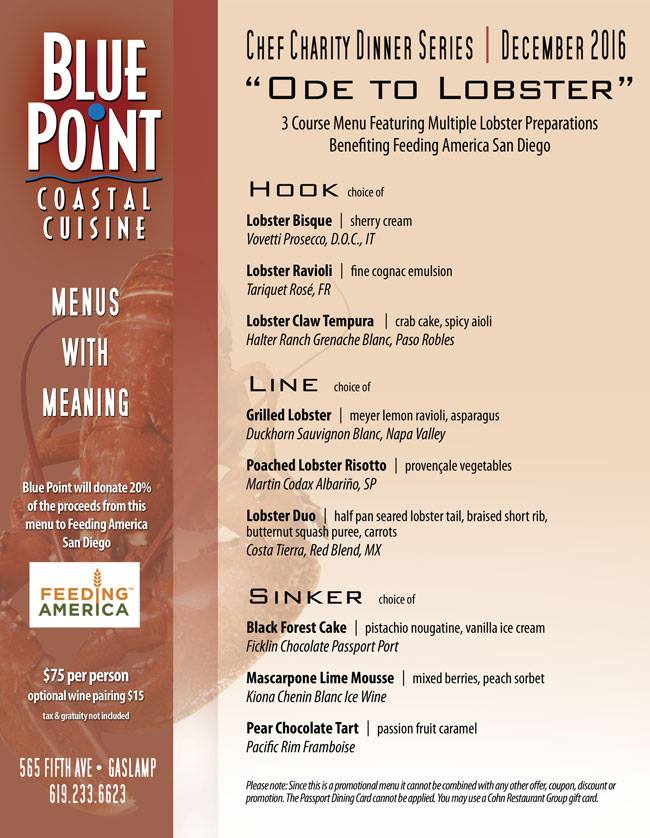 To finish off our Chef Charity Dinner Series, Blue Point will be partnering with Feeding America San Diego  this December.  Enjoy our “Ode to Lobster” 3-course menu featuring the most celebrated crustacean.  This special menu will be priced at $75 per person, excluding tax and gratuity.  We are proud to present 20% of the proceeds from this menu to Feeding America San Diego in their efforts to help local families in need this holiday season.  For reservations, call 619-233-6623.

When: All of December 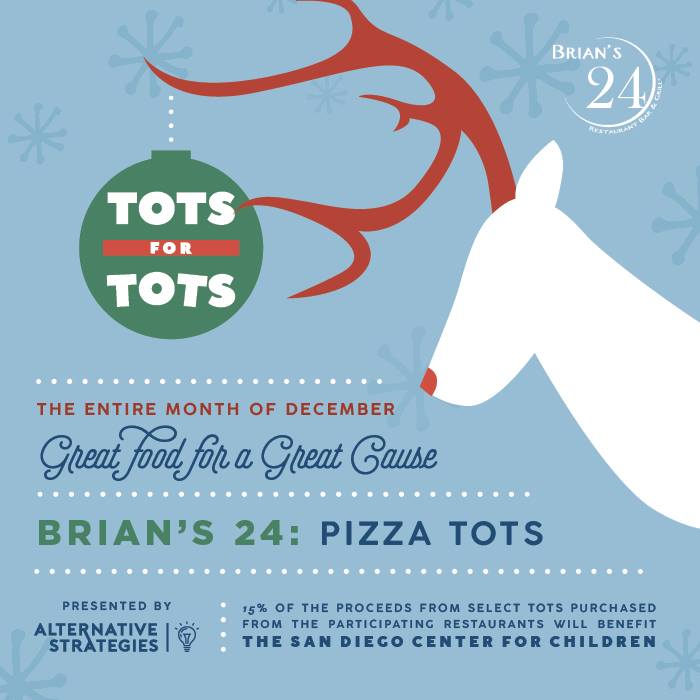 When: All of December 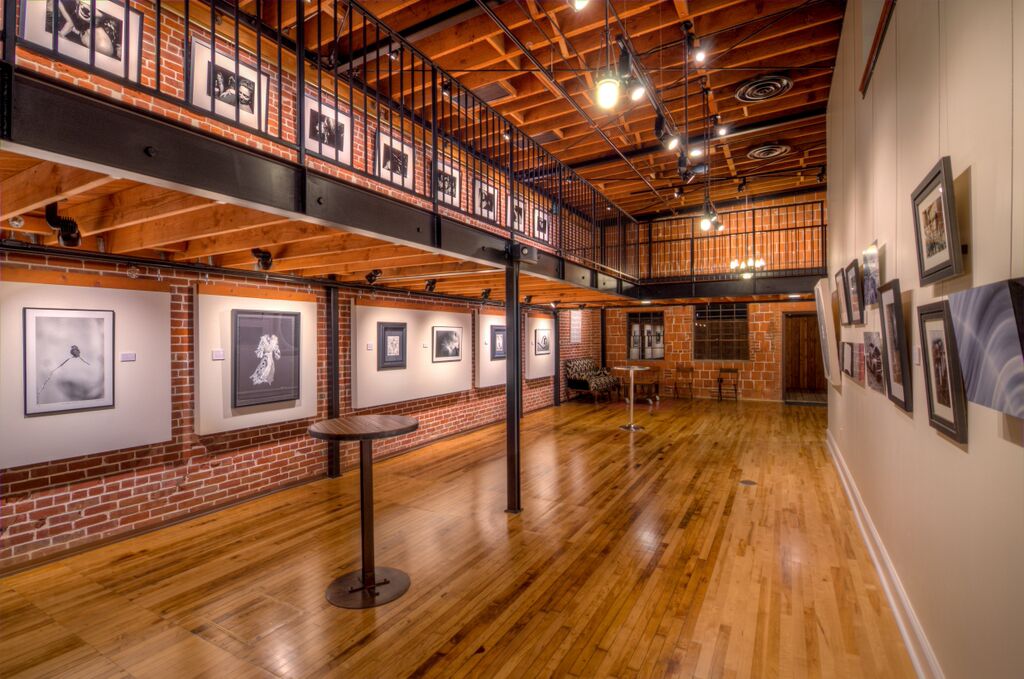 Please join us for an evening filled with festivities at Sparks Gallery on Thursday, December 8 from 5-9pm. This event is open to the public. 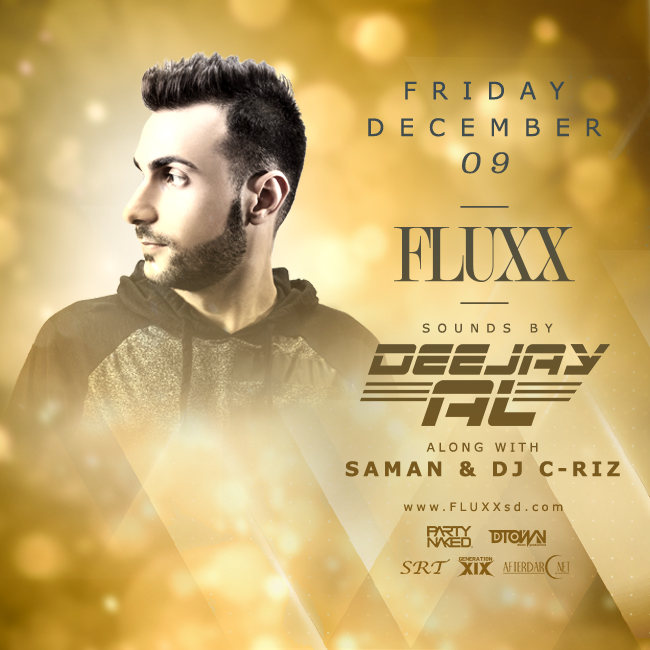 Impossible to label, Deejay AL was of one the few and true practitioners of open-format djing. Spinning at the some the biggest night clubs in the world, Deejay AL’s sole concern is making the crowd have an unforgettable night while he’s performing. It’s his versatility that sets him apart. One day he’s spinning international music in front of thousands at large scale events and the next day he’s spinning top 40 for hundreds of thousands listeners on San Diego’s Biggest radio station Z90.3FM during his daily “5Oclock Traffic Jam” Show. He explains that it’s his love for music, which allows him to tap into some many different genres and sets him apart from everybody else.

Now is your chance to party with him live Friday, December 9! 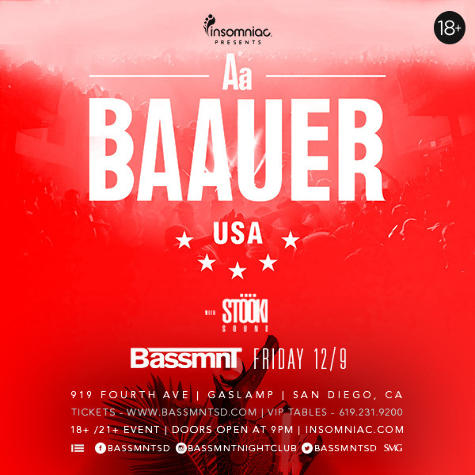 Join us on Friday 12/9 as Insomniac Events presents Baauer with support by Stööki Sound at Bassmnt!! The world renowned DJ/Producer, Baauer exploded like an unstoppable force with his viral sensation ‘Harlem Shake’ and has continued to shock crowds all over the globe! Stooki Sound, the powerful London based production and DJ unit bring their unique blend of hip-hop and trap for a show you don’t want to miss!! Get ready for and insane night as they take center stage at SD’s only weekly 18+/21+ nightclub!! | 18+/21+ Event 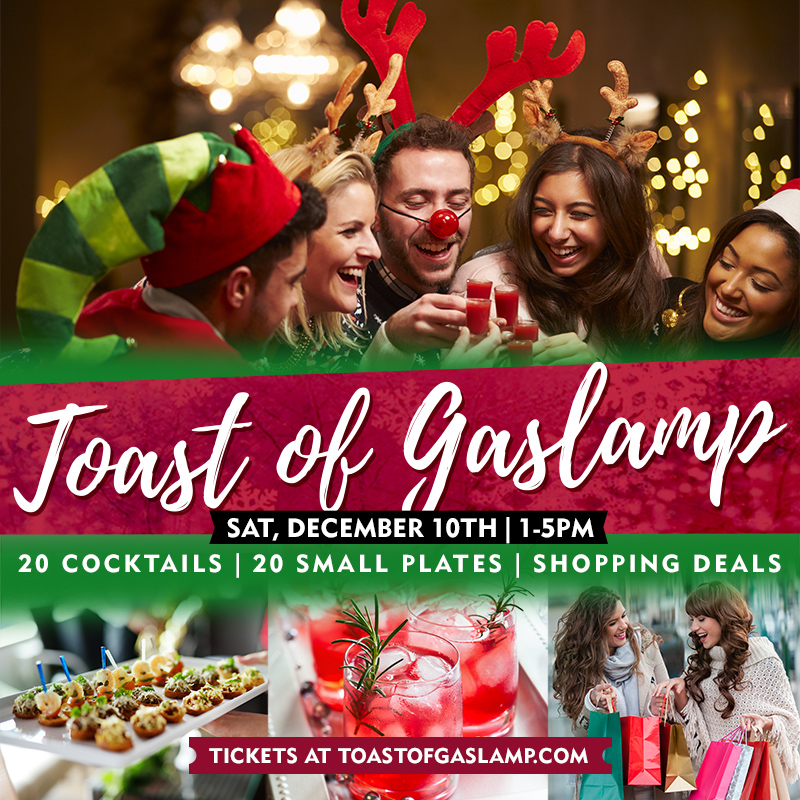 Raise your glasses! It’s time to toast the holidays with the Toast of the Gaslamp, offering delicious cocktail samples and scrumptious bites from 20 of the top Gaslamp Quarter restaurants as well as shopping deals at 20 Gaslamp retailers. On Saturday, December 10, 2016 from 1pm to 5pm enjoy the opportunity to sample some of the most satisfying sips and appetizing nibbles that the Gaslamp Quarter has to offer, and shopping along the way!  Don your festive attire, round up your friends, and enjoy an event that has become a holiday tradition for many San Diegans – Yule have a blast!

Purchase your tickets early at toastofgaslamp.com for only $25 in advance or $30 the day of the event. | Must be 21+ with valid ID to attend this event. 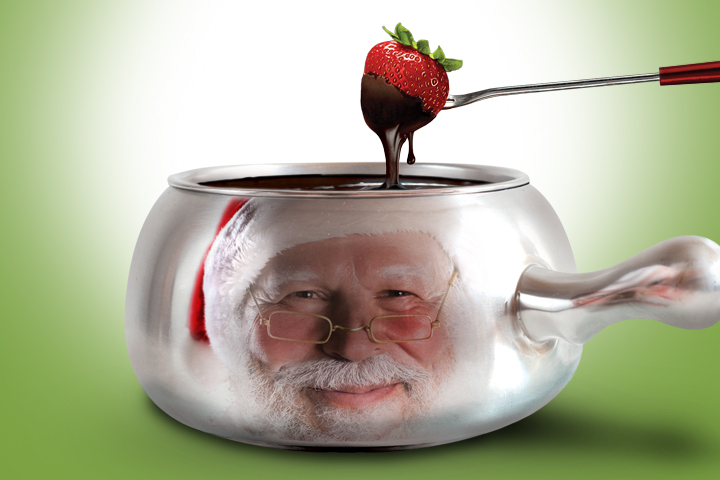 HO HO HO! Santa Claus is coming to town and making a stop at The Gaslamp Melting Pot. Bring the whole family for a great children’s event and an afternoon of fun and fondue with Santa, while avoiding the lines at the mall.

Dip into lunch with Santa Claus .The Melting Pot will be offering a two-course lunch with Santa including entrée and chocolate fondue.  Put on your Christmas attire and have the chance to pose with a real-life Santa Claus. Each Child, in attendance will receive a gift and a box of signature chocolate covered strawberries and Christmas treats.

$19.95 per Child. $29.95 per Adult. Reservations are highly recommended, as seating is limited. Not Valid with any other offer. 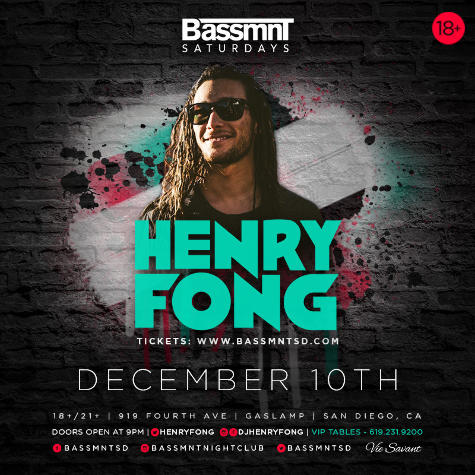 Join us on Saturday 12/10 as Bassmnt presents Henry Fong! Known for his chart topping original tracks and monster remixes, Henry’s been busy crushing festivals and nightclubs around the globe all year long with his electrifying sounds! Get ready for a huge night when he takes control of Bassmnt! | 18+/21+ Event 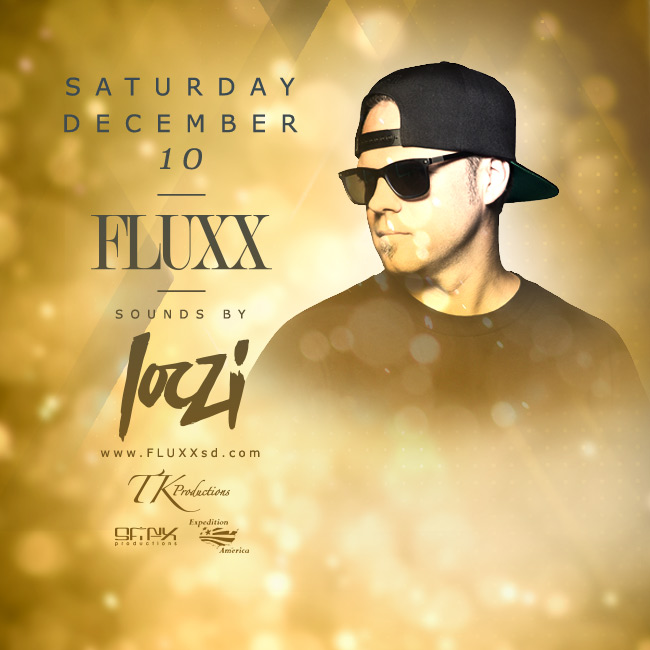 Having performed globally at some of the most celebrated and respected dance clubs and concerts across the globe, including cities such as London, New York, Miami, Chicago, Los Angeles, San Francisco, Las Vegas, Dallas, San Diego, and many more, Loczi is weekly touring performer in every sense.

Alongside his production partner, David Alexander (Chaka Khan/Parliament) the have shared their musical talents, performing at parties for the Grammys and Superbowl,produced and written songs for major record labels, generated a #1 Rated radio show, performed in front of crowds of over 50,000+ people, founded and developed the leading music production school in the industry, and have written, produced and performed a top shelf show in Las Vegas at the MGM Grand.

With two current residencies in Las Vegas and constant gigs piling up from coast to coast, Loczi’s star is only shining brighter.

Every so often we have the opportunity to party with this legend, don’t miss out on a wild night Saturday, December 10!

Now is your chance to party with him live Friday, December 9! 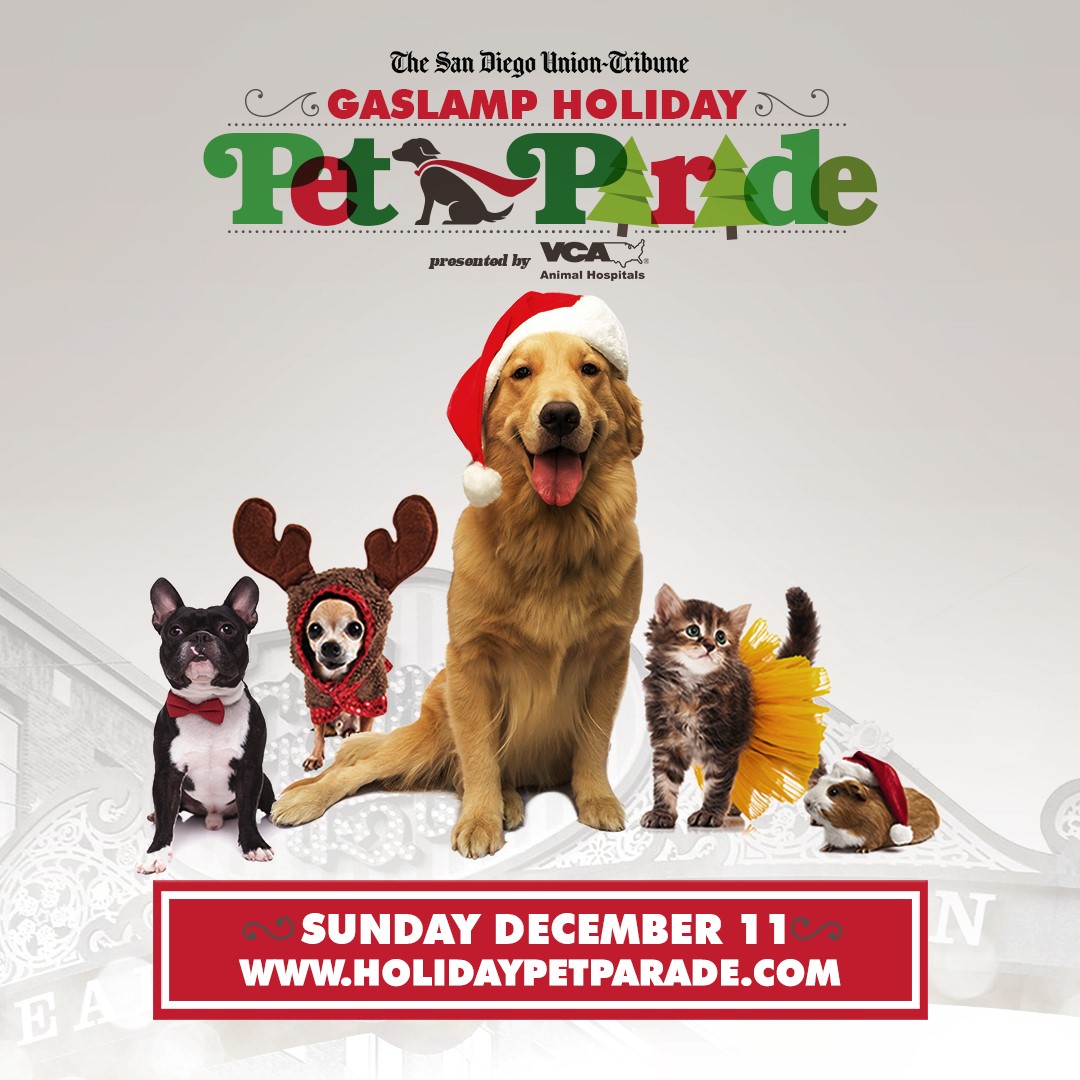 Pet owners and their furry, feathered, and scaled companions are invited to don their favorite costumes for this jolly promenade and pet expo on Sunday, December 11, 2016 1-5PM! The Pet Parade steps off promptly at 3:00PM from MLK Promenade Park going up 4th Ave to E Street and then down 5th Ave ending under the iconic Gaslamp Quarter Archway.  Festively-attired critters compete for bragging rights and prizes in various contest categories.

Entry to participate in the Pet Parade is just $15 in advance per pet, $20 on the day of the event. Free for Spectators

This event is ideal for spectators and owners alike. You won’t want to miss all the wagging tails and costumed kitties! The following member businesses will be hosting, “Yappy Meowers”  (Happy Hours in pet language), offering deals and specials to spectators on their patios. Each location will also have a donation bin where guests can donate to the San Diego Humane Society! 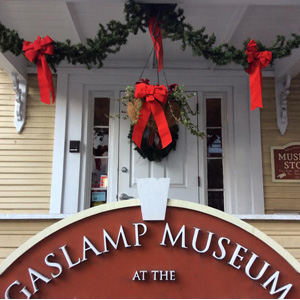 History for the Holidays 2016

The Gaslamp Quarter Historical Foundation and the Gaslamp Museum at the Davis-Horton House is pleased to announce their holiday open house “History for the Holidays” Sunday, December 11, 2016, from 12:00 PM to 5:00 PM. Please join us in welcoming the holidays with free tours of the Davis-Horton House. Whether you are seeing the house for the first time or hundredth, our beautiful holiday decorations are sure to get you in a festive spirit. Our Docent team will be dressed in their Victorian best and ready to tell you fascinating stories about the house and its past residents. Don’t miss this special holiday event! 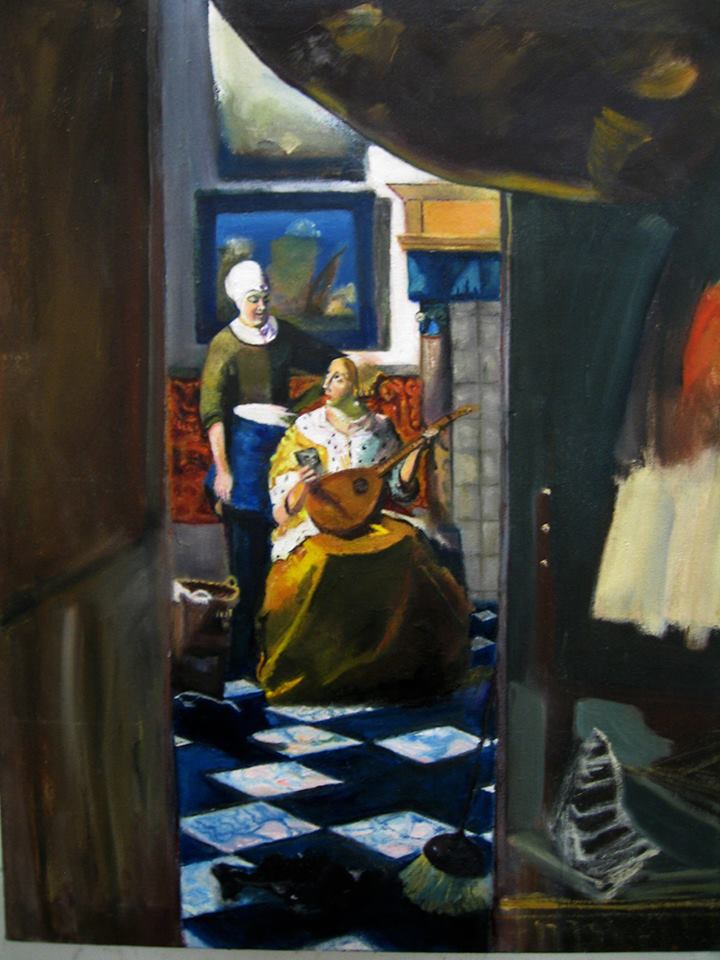 Join us for our Semi-annual Open Studios! Refreshments will be served in artists’ studios. All ages welcome. Join us for this educational and fun day! Well mannered and leashed pets are allowed!

Join us for festive Breakfast with Santa on Sunday, December 11th from 10am -11:30am. Enjoy a full breakfast buffet with Hullabaloo singing your favorite holiday songs! And Santa, who is coming all the way from the North Pole, will be here to share his jolly cheer for photos and receiving your child’s holiday wishes. $20.00 for adults and children. Kids 2 & under eat free. $1.00 will benefit  Hard Rock Heals Foundation.

You must make a reservation with our Reservation Request Form & Credit Card Authorization Form and fax to:  619-615-7640.

Reservations are not confirmed until our sales office contacts you. Reservations over the phone will NOT be accepted. A Reservation Form and Credit Card Authorization Form must be completed to secure a reservation. Please note that seating arrangement is based on management’s discretion. 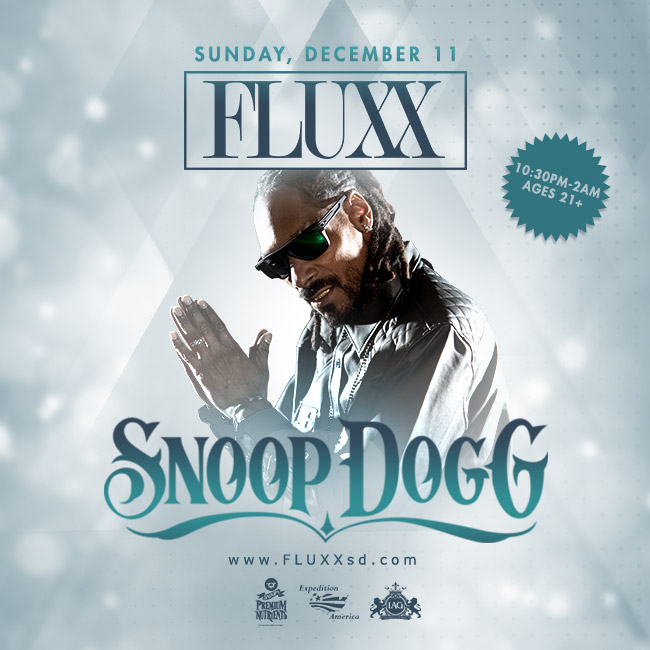 The legendary D-O- Double G is making his way back to FLUXX for TWO wild parties. A FLUXX resident and Cali favorite, Snoop brings that fire everytime he steps foot in our venue. Experience a night out with one of the most notable men on the West Coast Sunday, December 11.