#3-  In 1891 President Benjamin Harrison made a speech at Horton Plaza, and was the first US President to visit the Gaslamp Quarter!

On April 23rd, 1891, President Benjamin Harrison became the first incumbent US President to visit San Diego. After enjoying a meal at the Hotel Del Coronado, President Harrison made a speech at Horton Plaza to an eager crowd. The trip was part of a larger presidential tour of the South and Southwestern States. The 23rd President praised San Diego, saying, “One who has ever breathed this atmosphere would want to live here always.” 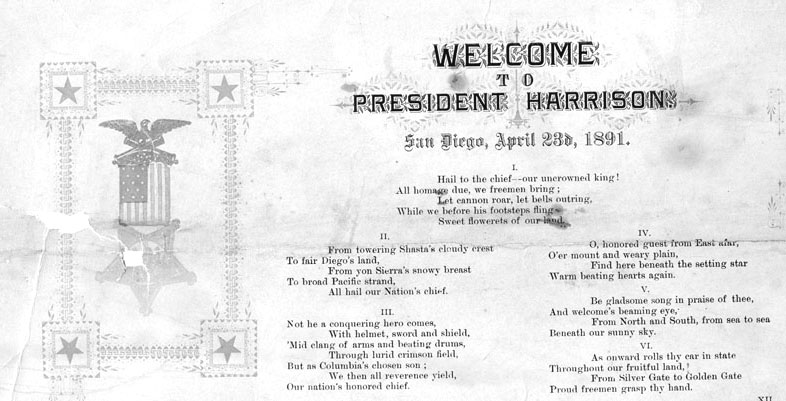