Get to know the Frey Block Building! – Weekly 150 Factoid #4 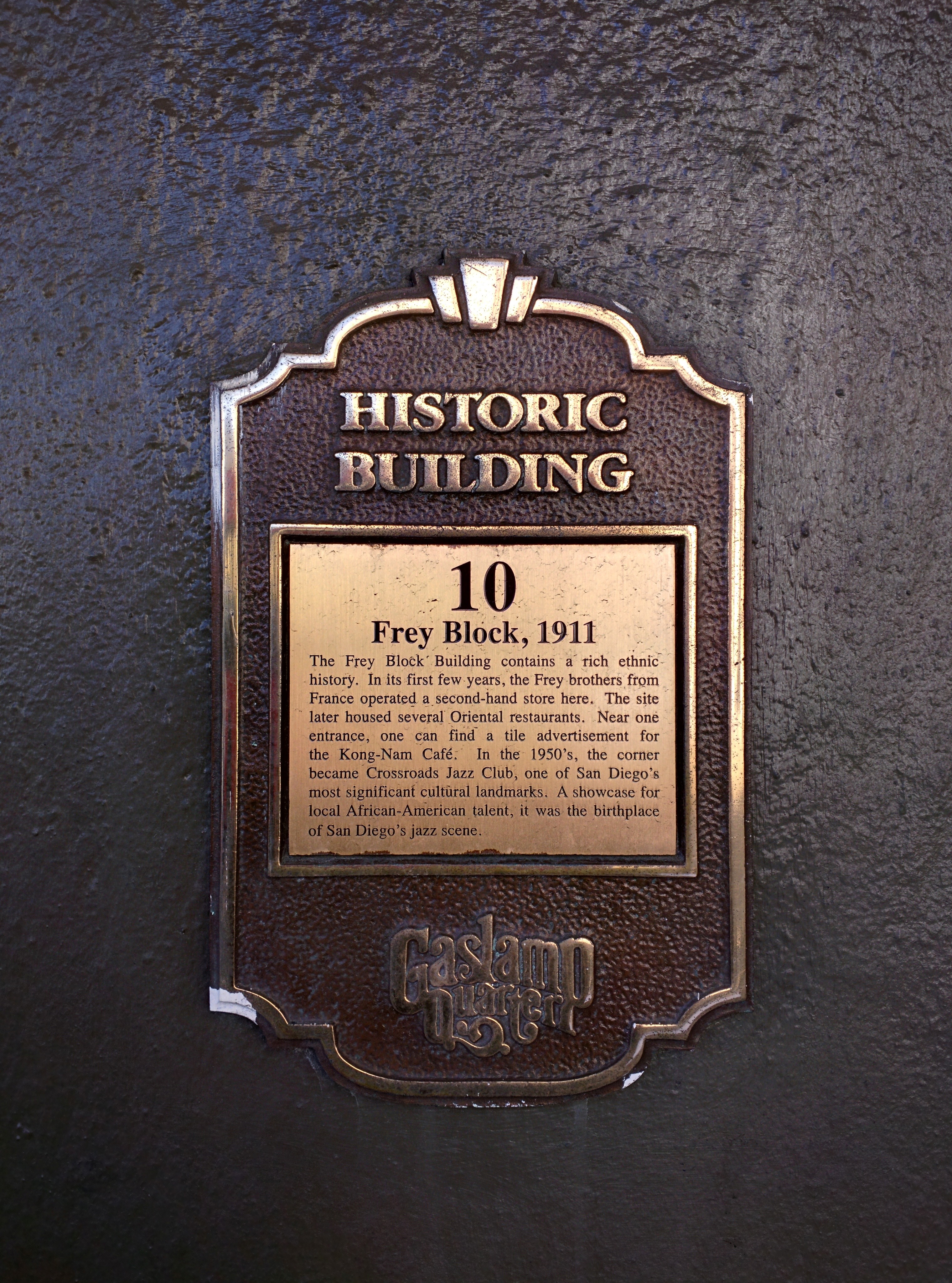 The Frey Block Building contains a rich ethnic history. In its first few years, the Frey brothers from France operated a second-hand store here. The site later housed several Oriental restaurants. Near one entrance, one can find the tile advertisement for the Kong-Nam Café. In the 1950s, the corner became Crossroads Jazz Club, one of San Diego’s most significant cultural landmarks. A showcase for local African-American talent, it was the birthplace of San Diego’s jazz scene. Today, the Frey Block Building is home to Starbucks and Royal India. 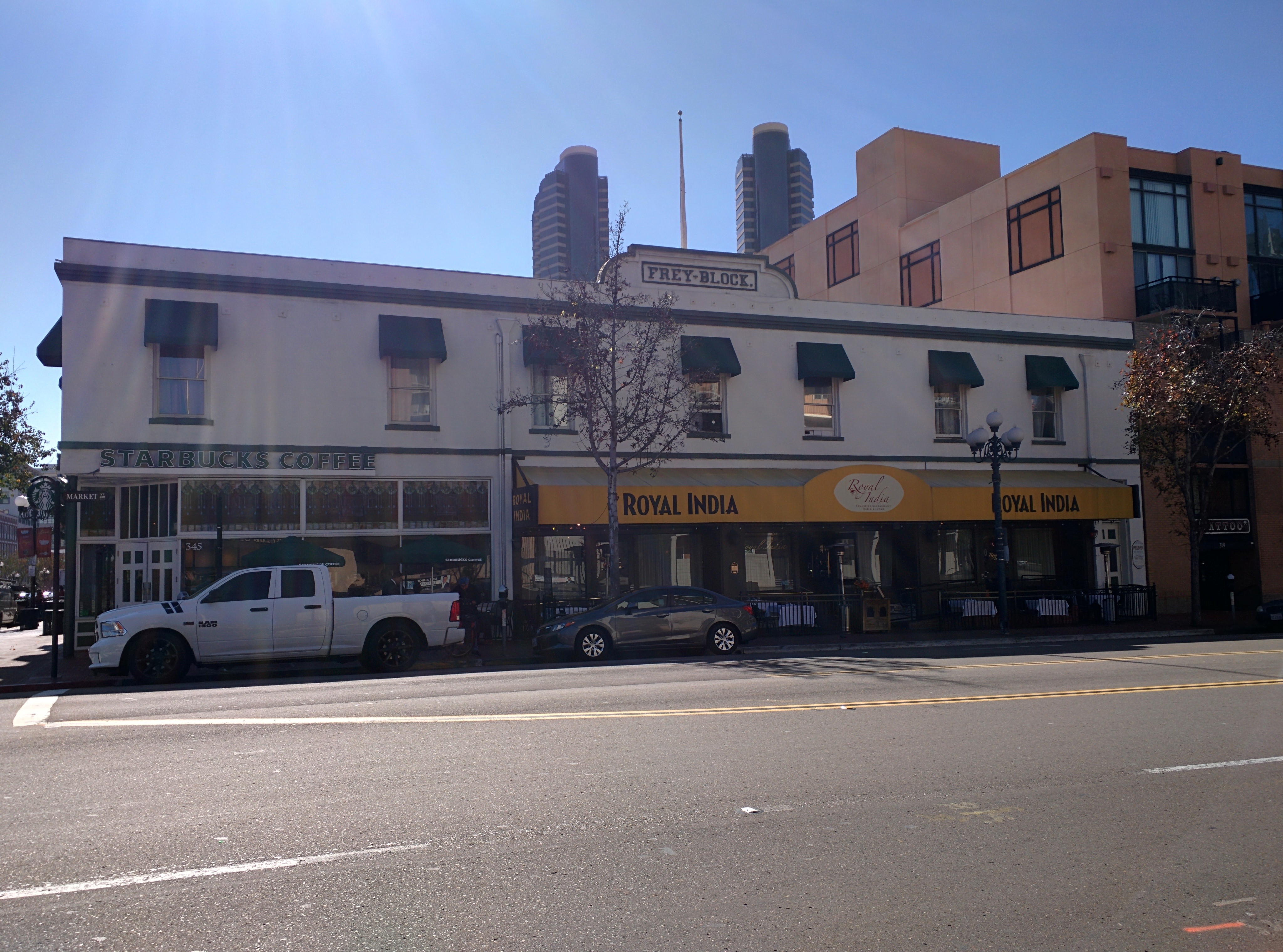 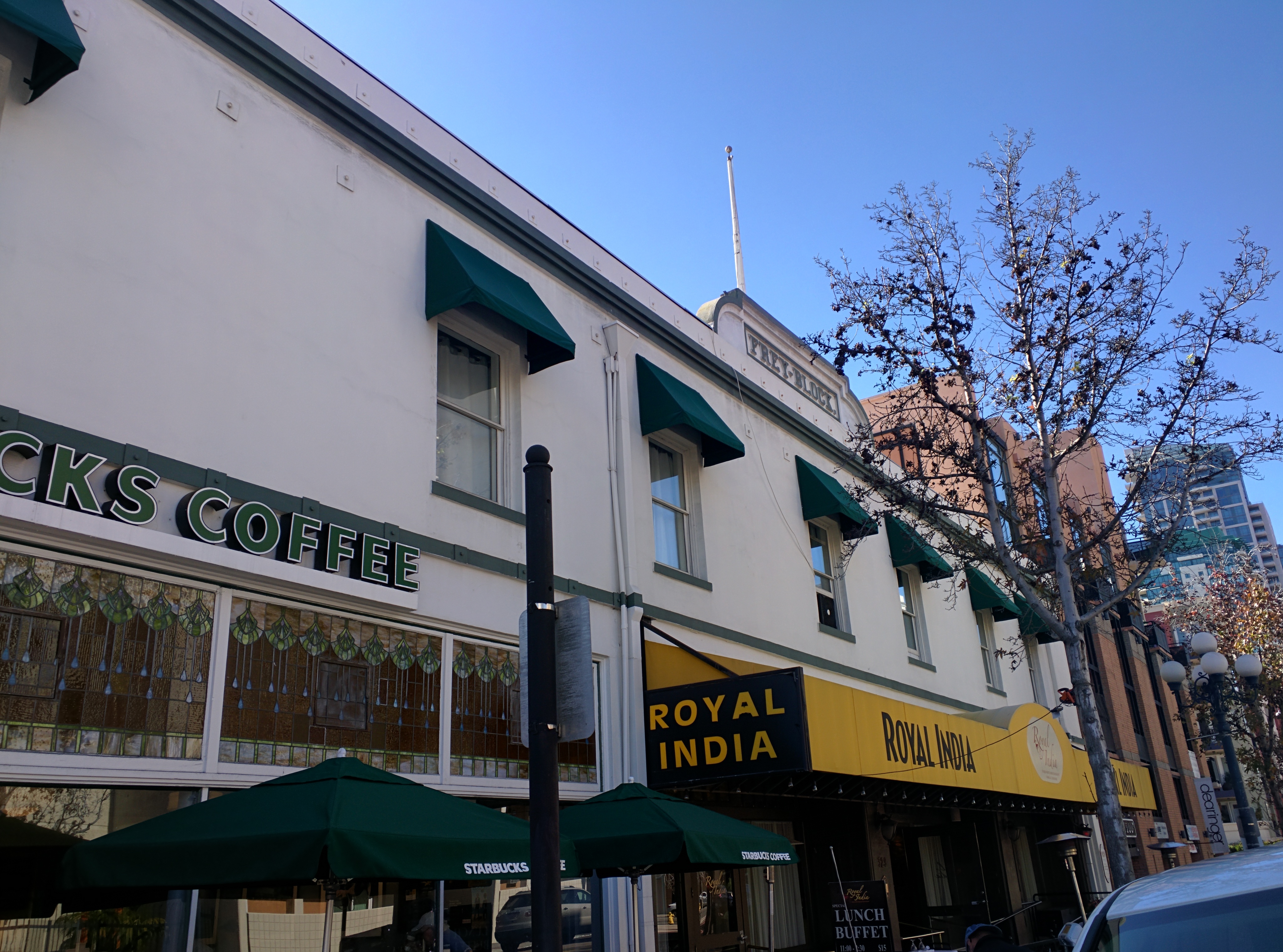 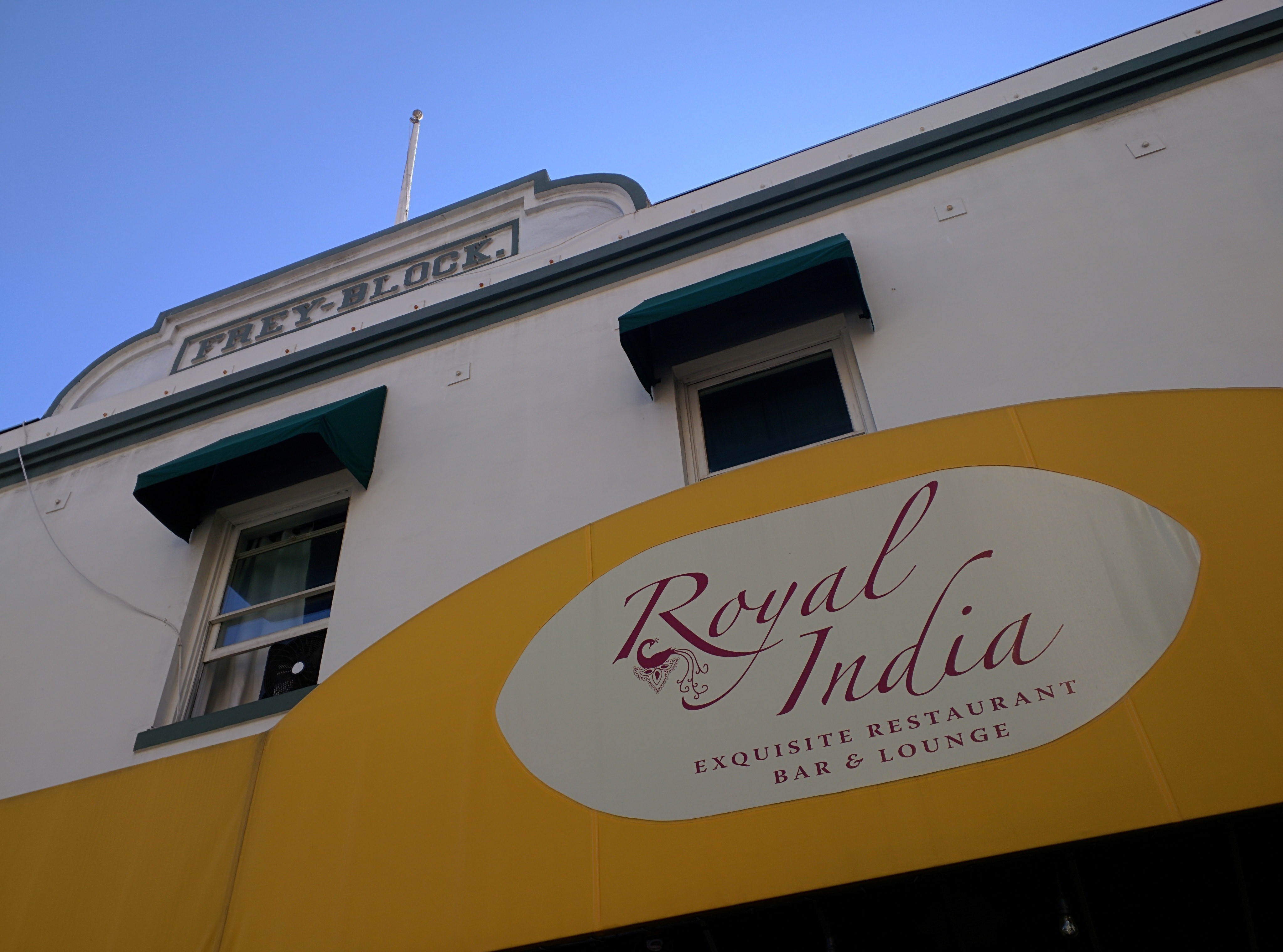