Things to do in the Gaslamp Quarter: June 22-25

Make your own fascinator for the races, enjoy fun shows or refreshing cocktails! There’s always lots of things to do in the Gaslamp Quarter! Check out below to plan how you can spend your weekend in the historic heart of San Diego! 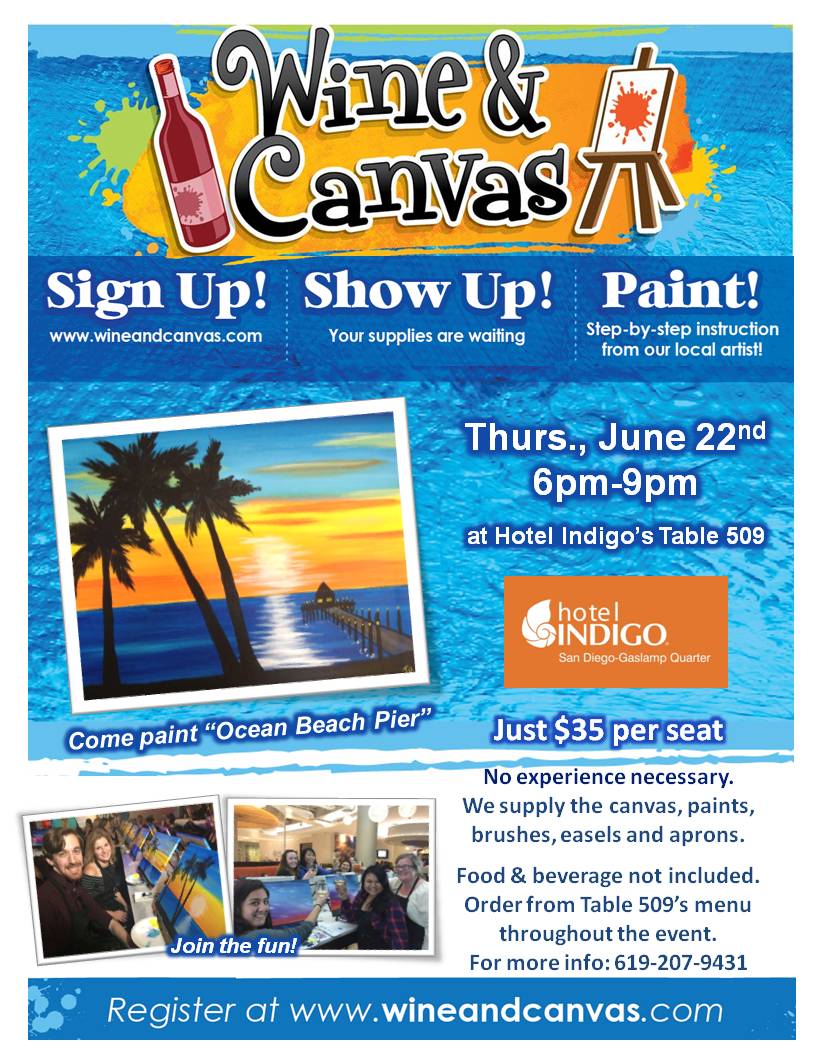 We’re back! Join us for another fun night of painting, good friends, eats, and drinks!

Happy Hour Prices from 6pm-7pm include $2 off drafts and $2 off house and domestic wines. Order from Table 509’s menu throughout the event, including starters, handhelds, wine, beer, cocktails and more! Enjoy locally sourced ingredients — the best from local orchards, vineyards, farmers and breweries

Dive into summer in STYLE at our Super Fuzz Kick Off to Summer Party at the Tipsy Crow! We’re teaming up with Elysian Brewing to bring you a funky, 70’s/80’s themed night full of live music, prizes and $5 Super Fuzz ALL night long.

Bring the FUNK + get ready to PARTY on Thursday June 22nd, starting at 7pm in the Gaslamp Quarter! 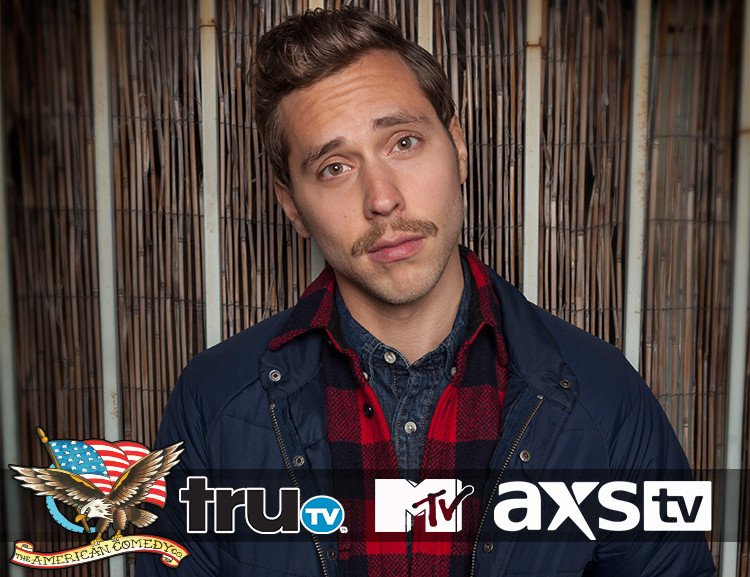 Karl Hess is a person & stand-up comedian, writer, host and actor who lives in Los Angeles. He is the only person ever to do all of those things. He also enjoys tacos and leisure.

Karl has performed at the Montreal Just For Laughs Festival,SXSW, San Francisco Sketchfest, The Bridgetown Comedy Festival, the Laughing Skull Comedy Festival in Atlanta at which he was a finalist, HellYes Fest in Austin & New Orleans, the High Plains Comedy Festival in Denver and numerous others whose inclusion might render this biographical blurb unwieldy and verbose, which, let’s be honest, nobody here has time for. He has been featured on TruTV’s “World’s Dumbest..”, FUSE, AXS TV, numerous national commercials, written for MTV, contributes toVICE, is a host of The Elite Daily Show on the go90 network, and he plays regularly at the top shows in LA, as well as all across this great nation. 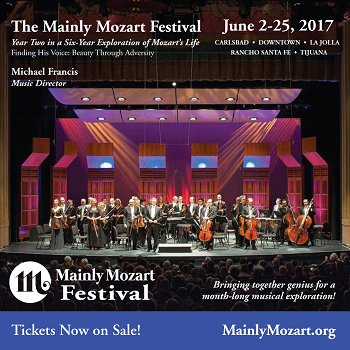 “The essence of Hadelich’s playing is beauty” hails The Washington Post. Grammy Award-winner Augustin Hadelich makes his Festival debut in a program that also features Mendelssohn’s Midsummer Night’s Dream – a work that includes his beloved  Wedding March. Prior to the concert, ticketholders can enjoy a 6:30 chamber music performance pairing members of the Festival Orchestra with members of our Mainly Mozart Youth Orchestra. 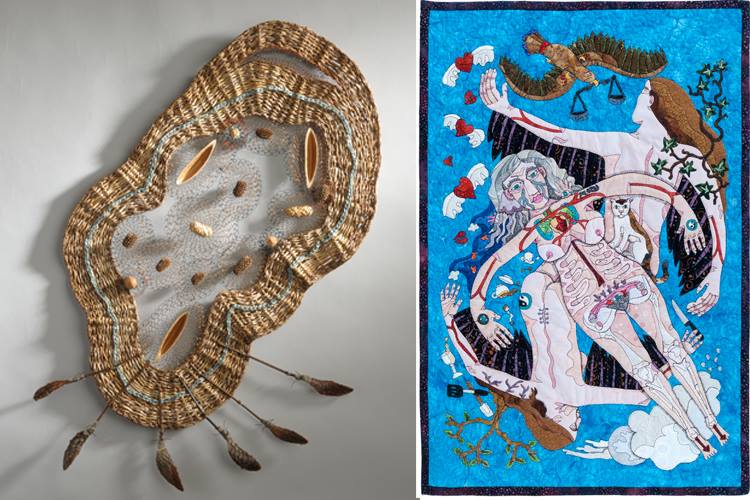 Join artists Charlotte Bird, Arline Fisch, Polly Jacobs Giacchina, and Kathy Nida as they discuss modern weaving, specifically as it relates to their works on display in our current group show: “Allied Craftsmen: Material Obsessions” and each artist’s unique approach to their craft.

Refreshments served at 6:30 pm
Talk will begin promptly at 6:45 pm 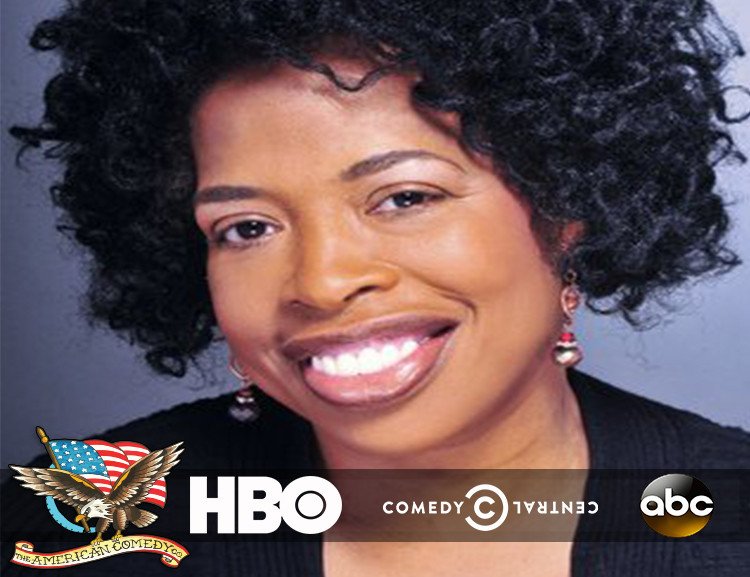 Adele Givens has done it all! Adele was crowned winner of the Crown Royal Comedy competition in the city of Chicago on February 3rd 1990. Since that day Adele has realized that she was destined to become comedic royalty. Since then Adele has the rare ability to make you laugh, think, cry, and cringe all at the same time!! Her famous catch line “I am SUCH a #$%@#% Lady” has gone viral. Her work is popular and she can be heard on songs by Big Sean, Lil Kim, The Brat! Her bold and on point insights continue to delight and amaze her fans and peers alike. Popularity was swift with Adele winning many other competitions and securing the respect of comedy lovers everywhere. Almost immediately fans proclaimed Adele Givens the Queen of Comedy. The title is well deserved with such credits as Russell Simmons’ Def Comedy Jam, The All Stars of Def Comedy Jam. Showtime at the Apollo. The Oprah Winfrey show. HBO Comedy half-hour,  Comedy Central Presents, Queen Adele has certainly reigned supreme. 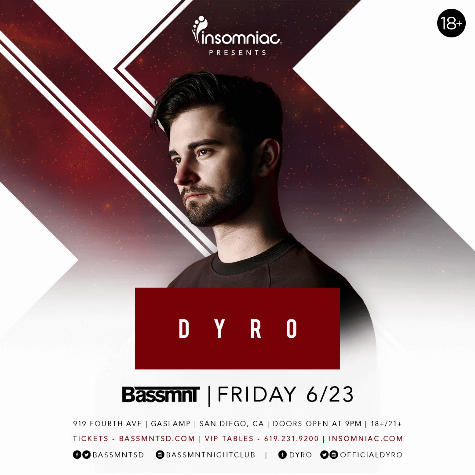 Join us on Friday 6/23 as Bassmnt presents Dyro! Dutch sensation Dyro from Hardwell’s Revealed Recordings emerged with a bang in 2013 and has been a perennial staple in the prestigious DJMag top 100 list since. Get ready for a mind blowing set from Dyro when he takes control of the dancefloor with his electrifying set! Downtown San Diego’s only weekly 18+/21+ nightclub. 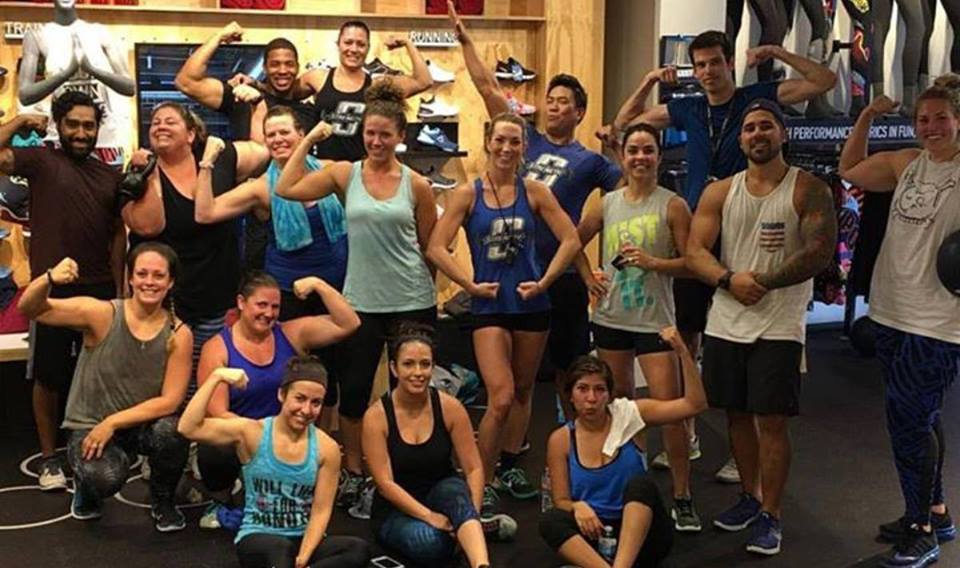 Treadmills get boring right? Take an intense Boot Camp class and have fun with friends with similar goals! 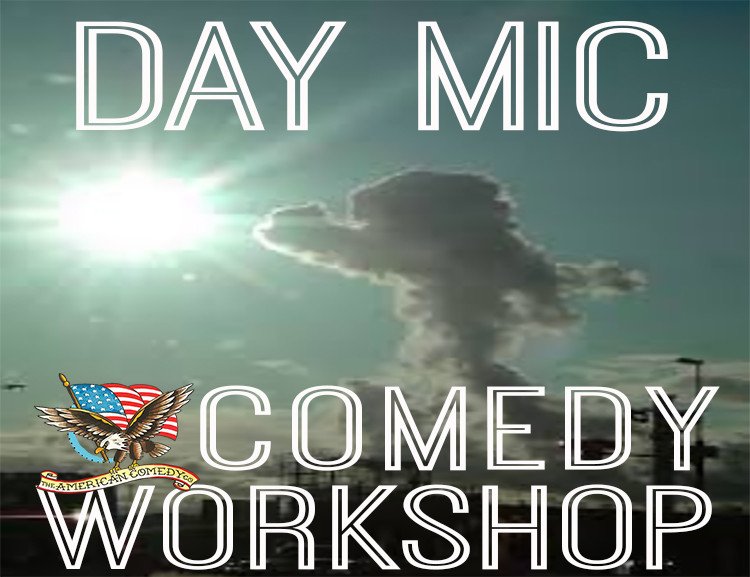 The Day Mic is a stand-up comedy workshop, where veteran comedians go to work out new material in front of their peers, and new comedians work on stage presence, timing, etc. It’s the perfect opportunity to hone your craft, get feedback from other comics, and drink free soda and coffee! Comedians will get five minutes of stage time, followed by the typically much more entertaining feedback portion, and then you leave.

Escape the beautiful San Diego sunshine and tell jokes to friends in a basement!

Join us on Saturday 6/24 as Bassmnt presents Eptic! 23-year-old Belgian prodigy Eptic has established himself as one of the brightest talents in bass music! He has been busy creating waves at some of the best clubs and festivals around the globe. Don’t miss this chance to catch him live as one of the most prominent figures in bass makes his return to Bassmnt! 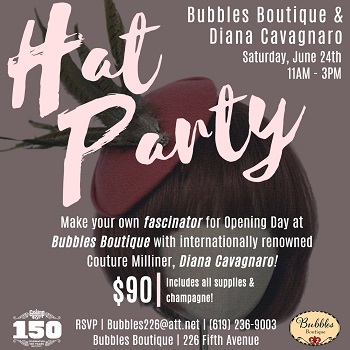 OFF to the Races Hat Party

Join in the fun!

Come to a Hat Party led by Diana Cavagnaro, an internationally renowned Couture Milliner and make your own fascinator for Opening Day. $90.00 per person to include all supplies.

Bubbly and treats will be hosted by Bubbles Boutique 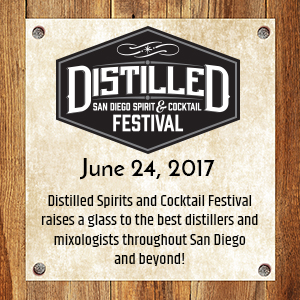 Quickly  becoming a place to present personally-crafted distilled spirits. The competition received nearly 200 entries from distilleries around the globe and will share their spirits from 1-5 p.m., June 24, in the Paddock, capturing the best of the best in whiskey, tequila, vodka, gin and other spirits. Tickets include Fair admission and can be purchased at distilledsandiego.com .

Four Bartenders from 4 different locations in the Gaslamp Quarter will be presenting their Dusty Rabbit concoctions – The 150th anniversary signature cocktail.

Enter DustyRabbit as a promo code for the festival when buying tickets for 10% off! 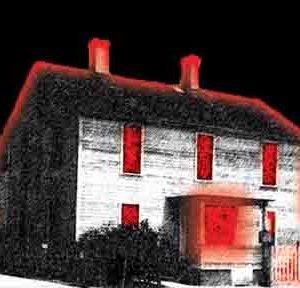 Find out for yourself. Touted by many as, “the most haunted house in the Gaslamp Quarter,” the Davis-Horton House has become a highly popular place for investigating paranormal activities — occurrences that fall outside of what’s considered normal or that can’t be explained scientifically. Paranormal research teams present evidence to support their claims of having made contact with several house spirits. They’ve recorded voices, taken photos, and shot video to document their surprising findings.  These other-worldly experiences are available to the public through monthly Paranormal Investigations tours, led by San Diego Ghost Hunters, a professional paranormal research team that conducts on-site investigations. 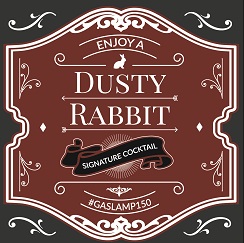 Where: 23 Locations throughout the Gaslamp Quarter

High Intensity Inverval Training, formated in a circuit layout. We combine a well rounded combination of Strength, Aerobics, Balance, Stability, Agility, Plyo-metrics, and all the latest fitness applications our industry has to offer. You CAN and WILL BURN fat, BUILD lean muscle, and challenge yourself according to your fitness level. Everything in this class is done in ‘Timed Intervals’ therefore you control your output level. This class is for all fitness levels. Whatever the goal, you can accomplish it in our Boot Camp class!