The “Queensborough” nightclub and bar had their grand opening last night on Fifth Ave. complete with searchlights, dapper gents, sophisticated ladies, and swanky cocktails.  The F street side of the venue has been open to the public for a few weeks, but last night marked the evening that the night club and fifth Ave. entrance was unveiled to the world!

Named for New York City’s largest borough, the sleek 1,800-square-foot cocktail bar and dining area, which includes a marble bar and tabletops, a vintage phone booth, subway turnstiles and a library of books, is the first element of Queensborough’s two-story downtown drinking and dining destination. The, 6,000-square-foot subterranean lounge was unveiled last night, with glitering chandeliers, and a swanky night club. 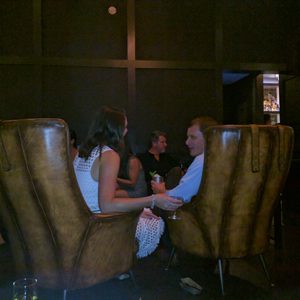 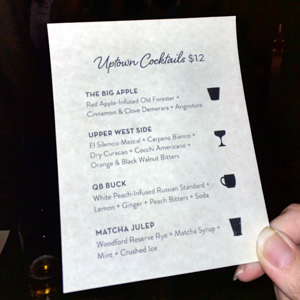 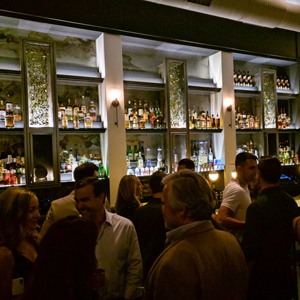 The Executive chef Taylor Houseman has put together a menu of casual, shareable plates ranging from smoked pig head meatballs with long grain rice, broth and mint crystals to surf and turf sliders that pair scallops with hanger steak.  Classic salads, and burgers are a standout for the entrees and the dessert menu is packed with goodness, like the warm cookies served with flavored milk spiked with booze. Upstairs and downstairs, its patrons will be able to order off this menu. Open starting at 4 p.m. daily, Queensborough’s craft cocktails include the The Big Apple, a mix of red apple-infused Elijah Craig, cinnamon and clove demerara syrup and Angostura bitters and the refreshing Matcha Julep made with Woodford Reserve Rye, matcha, syrup, mint and crushed ice.

The 1920s-era building, which will also house the incoming Tacos El Gordo, served as jumping off point for the design for the 1,800 square-foot street-level cocktail bar and dining room. With an entryway off F Street, the space includes a vintage phone booth-turned-photo booth from one of the owner’s cousin in Queens along with authentic subway turnstiles.  New York subway tokens are also set into the flooring of this hip bar. Mixed with swanky new elements, including diamond-tufted leather booths and custom-made suspended white marble tabletops, will be the original brick walls and brass fixtures of the site’s previous longterm tenant, Maloney’s Tavern. 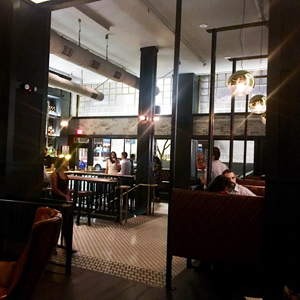 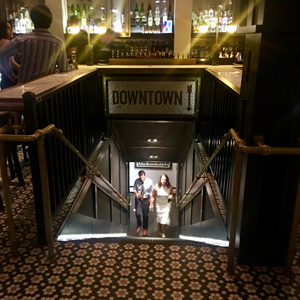 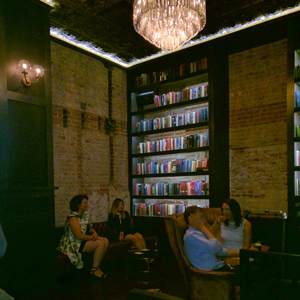 This is definitely a place to come and experience a swanky cocktail, delectable bite, and dance the night away.  Guests can get reservations at reservations@queensboroughsd.com or call 619-546-4995.  Queensborough  hours are Tuesday through Saturday 4pm-Close and they are closed Sunday and Monday.