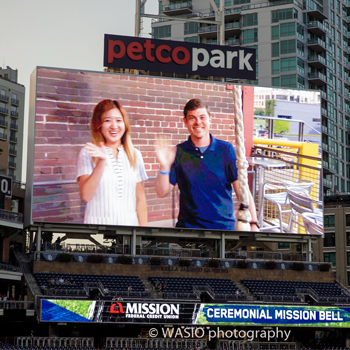 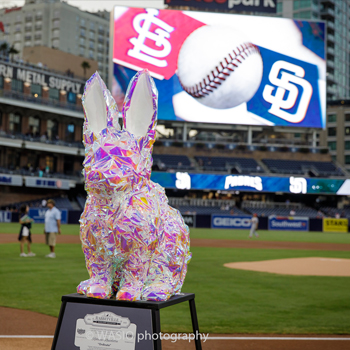 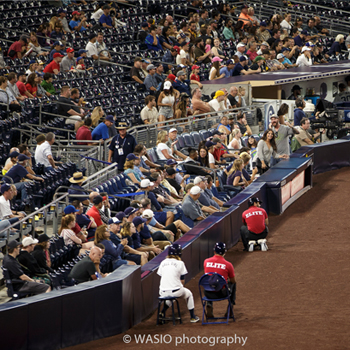 At the home plate was Michael Trimble, Executive Director of the Gaslamp Quarter Association, Michael Georgopoulos, Partner of RMD Group and Chair of the GQA Board of Directors, Rabbitville sponsor, the Honorable Chris Ward, City of San Diego Councilman for District 3, and Rabbitville sponsor, Wayne Partello, SVP and Chief Marketing Officer of the San Diego Padres. 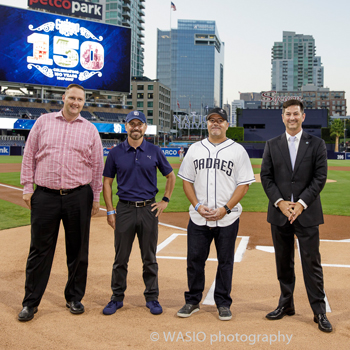 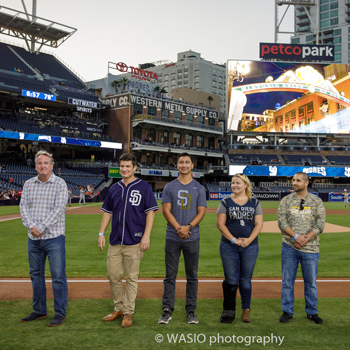 Our public art campaign, Rabbitville, was also on display at the Park at the Park along with Rebecca Nuvoletta’s “Ordinate” on the field. 150 years ago, the area that is now the Gaslamp Quarter was jokingly nicknamed Rabbitville after its chief inhabitants. The Rabbitville installation honors the pioneering spirit of legendary founder, Alonzo Horton, who transformed Rabbitville into modern San Diego.

To honor the special celebration of the sesquicentennial, a custom Gaslamp 150 San Diego Padres jersey was presented to the Executive Director of the Gaslamp Quarter Association, Michael Trimble.

The games officially began after Michael Georgopoulos, Partner of RMD Group and Chair of the GQA Board of Directors, threw the opening pitch! 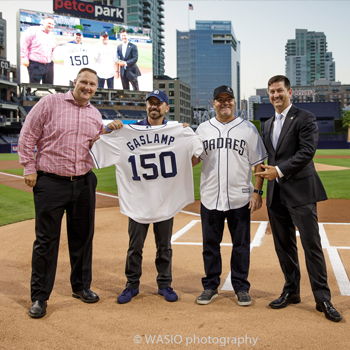 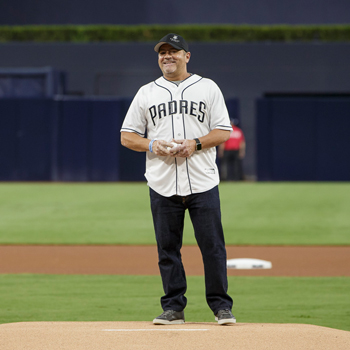 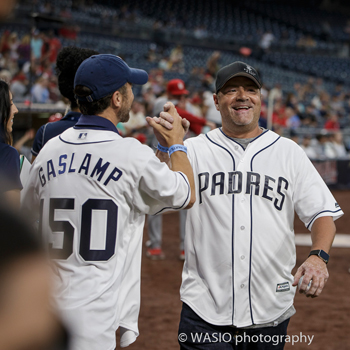 This night was a wonderful opportunity for the neighborhood to come together and celebrate how far the Gaslamp Quarter and Downtown San Diego has come in the past 150 years. We appreciate everyone for their contributions to our beautiful city and hope you all continue to join us for the rest of the Gaslamp 150 celebrations! 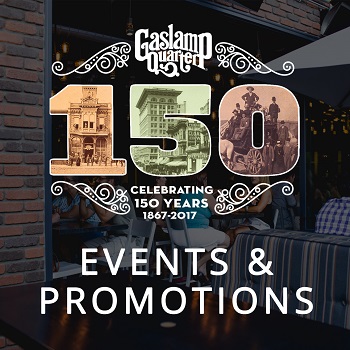 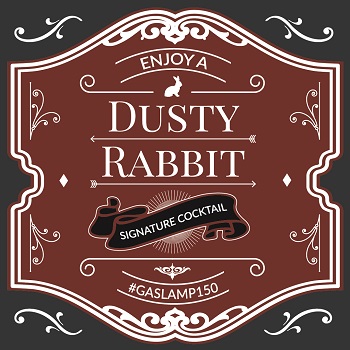 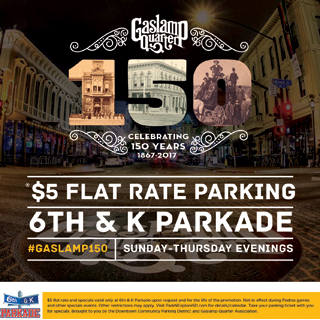