The San Diego International Film Festival (SDiFF), produced by the San Diego Film Foundation, is coming back for the 16th year this year from October 4th to October 8th! The San Diego International Film Festival is the region’s premier film event and one of the leading stops on the independent festival circuit. SDiFF offers a totally unique film experience; including world premieres, never before seen studio releases, the best in independent film-making and a full schedule of glamorous parties and intimate events with filmmakers.

Opening Night is where it all starts! This year, the SDiFF kicks off at the Balboa Theatre for the Opening Night Film & After Party with the screening of Marshall directed by Reginald Hudlin and staring Chadwick Boseman, Josh Gad, Kate Hudson, Dan Stevens, Sterling K. Brown, and James Cromwell. Be part of the scene with celebrities, filmmakers and industry insiders. From the red carpet, to the opening night film, post screening celebrity interviews with insider insights and to an after party at the Rooftop of the Westgate Hotel, the San Diego International Film Festival kicks off with a bang!

Following Opening Night,The VARIETY Night of the Stars Tribute at the Pendry Hotel takes place on October 5th! It is a night where the San Diego Film Festival honors some of the industry’s most accomplished actors, directors and filmmakers. This year, it was announced that the iconic stage and screen actor Sir Patrick Stewart will be the recipient of the Gregory Peck Award for Excellence in Cinema.

Patrick Stewart is one of the most acclaimed and beloved performers working today, with numerous and varied roles on both stage and screen, earning Golden Globe, SAG, Emmy, and Tony Award nominations. Earlier this year, Stewart starred as ‘Professor Charles Xavier’ in the latest X-Men epic “Logan,” reprising a role he originated in the first installment of the franchise in 2000 and earning some of the best reviews of his career. Though he is perhaps best known from his years on “Star Trek: The Next Generation”, Stewart’s impressive list of credits spans more than 40 years and countless memorable roles, including recent acclaimed performances in “Green Room,” “Match,” and the Starz comedy “Blunt Talk.” Stewart is a three-time Olivier Award winner and an Honorary Associate Artist with the Royal Shakespeare Company. In 2001, Her Majesty Queen Elizabeth conferred on Stewart the order of the Officer of the British Empire (O.B.E.), and in 2010, he received a knighthood for his services to Drama. His philanthropic efforts include his longtime support of Amnesty International and his role as a Patron of both Refuge and Combat Stress in the UK.

“Patrick Stewart has captivated audiences for years with spectacular performances, from Star Trek to his career defining performance in Logan earlier this year, as well as his Emmy and Golden Globe-nominated performance as Captain Ahab in Moby Dick, a role which Mr. Peck made famous more than 40 years earlier. We couldn’t be more excited to honor him this year with the Gregory Peck Award,” said Tonya Mantooth, Executive and Artistic Director of the San Diego International Film Festival. 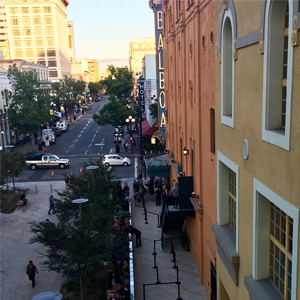 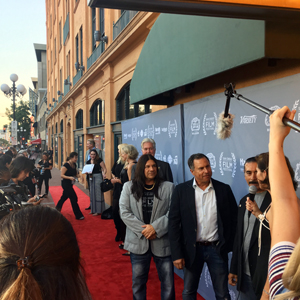 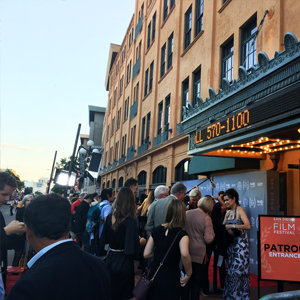 Leading the program at this year’s festival are the Spotlight Films screenings, which include 10 titles altogether of various genres.

Passes are currently on sale to VIP members and the general public. In addition to screenings and events, passes provide access to the official festival lounge and parties where pass holders interact with Festival filmmakers and professionals in the film community.