Guests were dazzled and delighted at the GBOD Group Gaslamp 150 Gala presented by Trilogy Real Estate Management held on Tuesday, November 7, 2017. It was an unforgettable evening of awards and celebration held at the Hard Rock Hotel and underneath the famous Gaslamp Quarter Arch on Fifth Avenue.

Former San Diego City Councilman and local legend, Tom Hom, was the event’s guest of honor. Hom was presented with the Armond Award for Lifetime Achievement by State Assemblymember Todd Gloria and the Gaslamp Quarter Association. Assemblymember Gloria sang Hom’s praises citing his efforts to preserve and protect the Gaslamp Quarter and his legacy as the first non-Caucasian City Councilman to serve San Diego. Hom received a standing ovation upon giving a few remarks about his time serving the community. Now in his 90s, Hom continues to make music, art, and share his passion for San Diego. 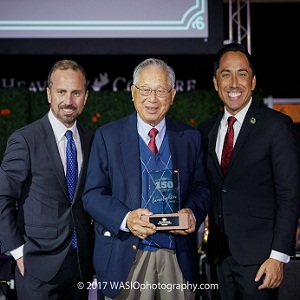 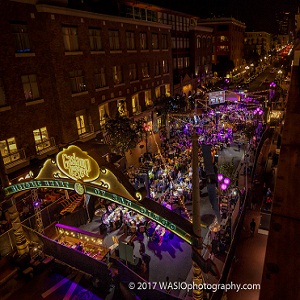 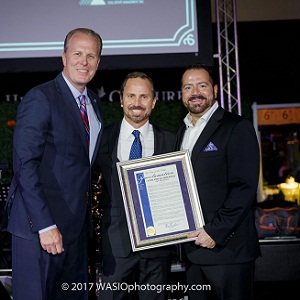 The event was kicked off by a representative of State Senator Toni Atkins’s office who presented the Gaslamp Quarter with a special proclamation honoring its 150 years of history.  Musical group “K Emeline and the Fellas” entertained guests on the rooftop deck of the Hard Rock Hotel with their sultry renditions of classic hits. Guests mingled and perused the silent auction eager to win some of the fabulous donations.

Following the reception, guests made their way down to Fifth Avenue. Guests found the street transformed into a whimsical and breathtaking space. Elegant tables dressed in black with beautiful floral centerpieces of roses and hydrangeas sat underneath antique string lights and a clear Southern California evening sky. At the center lay a stage and dancefloor flanked by the beautiful rabbit statues of “Rabbitville”. The memorable transformation was brought to life by San Diego’s premier event production company, McFarlane Promotions. 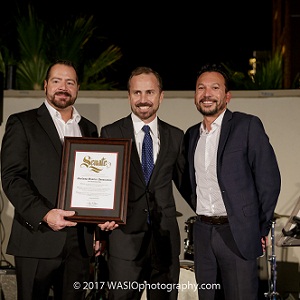 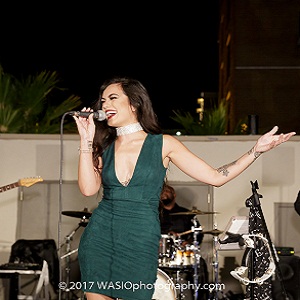 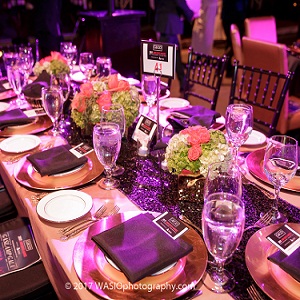 Many former and current elected officials joined the celebration. In his speech, Mayor Kevin Faulconer spoke of the neighborhood’s renaissance and called the effort, “…[O]ne of the most profound joint urban preservation efforts in San Diego history.” City Councilman Chris Ward referred to the Gaslamp Quarter as, “…[T]he true center of the city,” and he praised the Gaslamp Quarter Association for “[C]reating a world-class social scene while also preserving the historic integrity of the neighborhood.”

Guests enjoyed a delectable three-course meal provided by the Cohn Restaurant Group and overseen by Executive Chef Samuel Geffroy of Gaslamp Quarter’s own Blue Point Coastal Cuisine. Throughout the dinner, guests were entertained by the “Big Band Express”, an 18-piece orchestra, and a special tribute performance by the Shout! House band singing an a cappella medley of famous California songs.

Special video presentations featuring new projects in the Gaslamp Quarter and the Rabbitville public art campaign educated guests on the short- and long-range goals of the Gaslamp Quarter Association. Association Chairman, Michael Georgopoulos of the RMD Group, laid out his strategy saying, “We are going to promote, protect, and help our businesses prosper.” With a renewed commitment to excellence and aggressive fundraising goals, Georgopoulos said, “We are going to go big!” 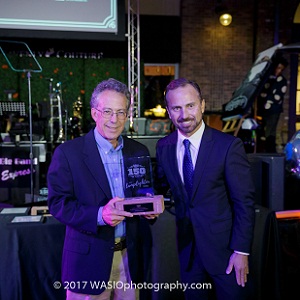 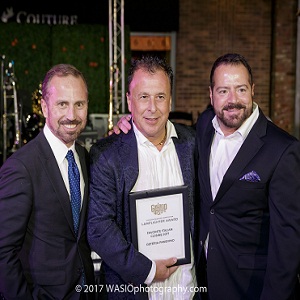 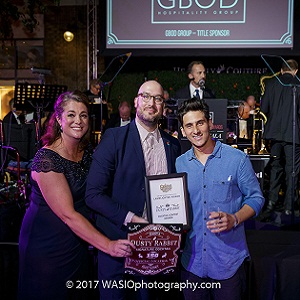