Get those ears perked and those tails wagging and prepare to unleash the holiday cheer in Downtown San Diego with your furry friends! The 10th Annual San Diego Union Tribune Gaslamp Holiday Pet Parade & Expo presented by Blue Buffalo returns to the streets of the Gaslamp Quarter on Sunday, December 10, 2017 from 1:00PM – 5:00PM! Register your pets in advance at www.holidaypetparade.com for $15 or the day-of for $20. The event is free to watch, so grab a spot at one of the patios along the parade route and be prepared for the best parade ever!

All pet owners and their companions are invited to don their favorite costumes and put their best paw forward for this jolly promenade and pet expo 1:00PM – 5:00PM, which starts and ends at MLK Promenade Park at Fourth Avenue and K Street. The Pet Parade steps off promptly at 3:00PM from under the iconic Gaslamp Quarter Archway, and continues up Fifth Avenue takes a left at E Street and down Fourth Avenue ending at MLK Promenade Park, where contest winners will be announced and the Pet Expo will continue!  Festively-attired critters compete for bragging rights and prizes in nine fun costume contest categories. Dogs, cats, birds, and even fish are welcome to take part in this holly-jolly good time! 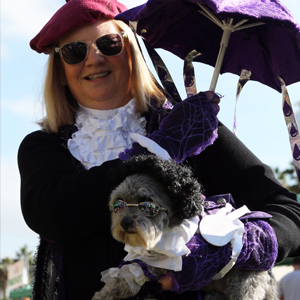 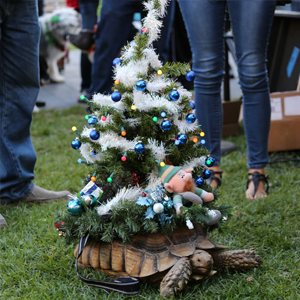 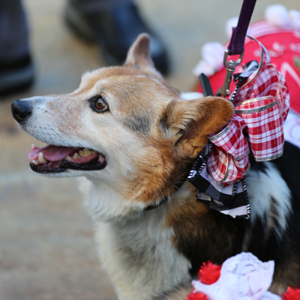 Many new elements have been added to enhance the experience of this year’s parade and make it extra special for the 10th anniversary of the Holiday Pet Parade and the 150th anniversary of the Gaslamp Quarter. For the first time ever, we will be having vehicles in the parade (K-9 Unit vehicle, Blue Buffalo Truck, Model T from 1909 paying homage to the 150th Anniversary, and Al Bahr Shriners Tin Lizzie Parade Unit), and dividing the parade into sections sponsored by the San Diego Padres, Jolt n’ Joes, Bubbles Boutique, Tony’s Pizza, Whiskey Girl, and more! Blue Buffalo Mascot, Ruff Red from Petco, Muse Blue from Petco, The San Diego Padres Friar, Helen Woodward Mascot, and Dignitaries Miss San Diego 2017 Molly Crawford, Miss San Diego Outstanding Teen 2017 Breann Brown, City of San Diego District 3 Councilmember Chris Ward, and KUSI Pet Patrol celebrity Sandie Lampe will also be in the parade. 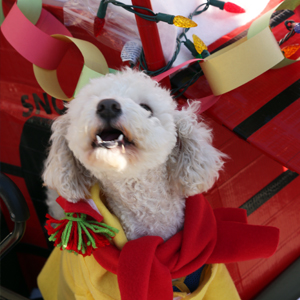 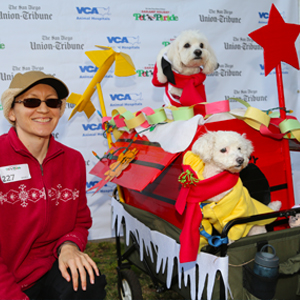 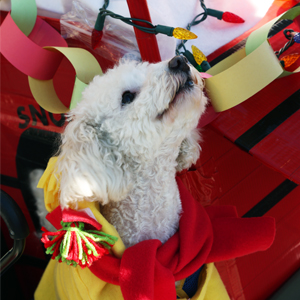 The 2017 San Diego Union-Tribune Gaslamp Holiday Pet Parade presented by Blue Buffalo will be led by Grand Marshals Sweet Pea and Sammie, the winners of the 2016 Best in Show. If you want a chance to be the Grand Marshal for 2018 and win some awesome prizes, make sure you enter our costume contest! There are 9 categories:

Winners for the costume contest will be announced at the stage after the parade is over by Megan Parry from ABC Channel 10 Weather!  Throughout the event, the stage will feature a performance by the Culture Shock Dance Troupe and live music by George Ferres and the Band. 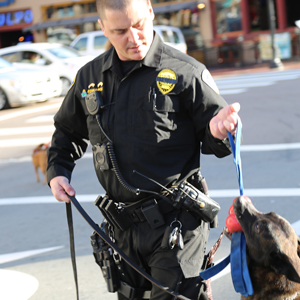 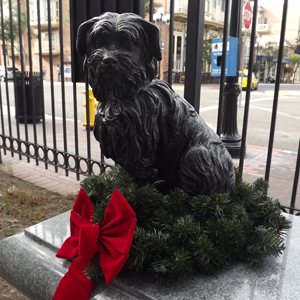 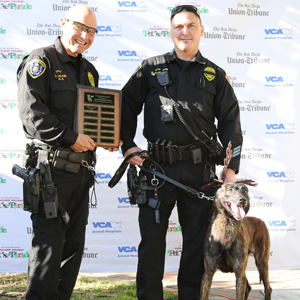 Last year, we started a special award called the Grey Friars Bobby Award that symbolizes friendship, loyalty, and service. The 1st Annual Grey Friars Bobby was given to Oscar and his handler Officer Bret Edwards. Oscar had been a part of the K-9 unit since August 2012 and was retiring after the new year. He was an integral part of the K-9 Unit, handling over 18,500 radio calls just in 2016 and thousands more during his 4 year career.

For the 2nd Annual Grey Friars Bobby Award, we will be honoring Chopper the Biker Dog. Chopper is an 8 year old therapy dog that rides his own little Harley and spends his time bringing joy and happiness into the lives of people going through difficult times. His owner Mark said that some of “the most memorable experiences would be all the times that Chopper had rode his little Harley into a hospital room, visiting someone who was very ill, near death, and just seeing all the smiles on the faces, as you can just feel the love being shared.” 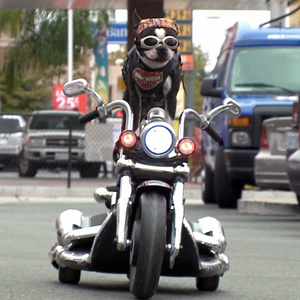 “One time, watching Chopper kiss a young army soldier’s face while he laid there in a coma, and then all of a sudden watching his lips start to move, as if the was trying to kiss Chopper back… then seeing his thumb start to rise, as if he is giving a ‘thumbs up.’ Watching a young girl at a children’s hospital in OC burst out crying in tears as Chopper entered her room on his Harley unexpectedly. Her mom asked if she is ok and she responded while crying, ‘this is the best day of my life, these are tears of happiness.’ Words could never describe the feeling at that moment.” – Mark

As the parade wraps up, registrants can be sure to grab a goodie bag full of fun samples, toys, coupons, and other gifts for your festive fur friends at the FREE Pet Expo, open to the public from 1:00pm to 5:00pm with live music, presentations, and festive fun for all. Entry to take part in the parade is only $15 per pet and pet owner duo in advance, and $20 day of.  Official viewing stations will be around the Gaslamp Quarter providing patios to view the pets on parade and specials to partake in. Participants are encouraged to register in advance as space in the parade is limited and will fill up fast!  For more information and register your Pet, please visit www.holidaypetparade.com! 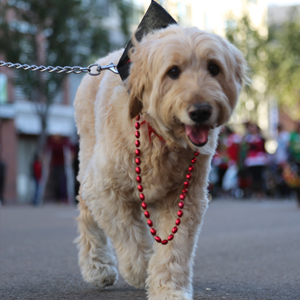 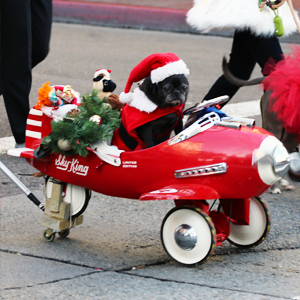 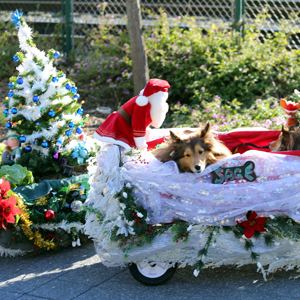