The Gaslamp Quarter Association and Sparks gallery, 530 Sixth Avenue, are pleased to announce a special exhibition of ten fiberglass rabbit statues and their artists on Thursday, January 25th from 6PM-9PM.  The seven-foot-tall rabbits were commissioned in May 2017 to commemorate the 150th Anniversary of the Gaslamp Quarter’s original settlement. The reception will have ten of the fifteen sculptures on display, the artists who created them, refreshments, and an appearance of an exotic live rabbit from the San Diego House Rabbit Society.  Guests are encouraged to RSVP on the gallery’s website, click here or call 619-696-1416.

“It is remarkable that in only a century and a half we were able to grow into the commercial core of America’s eighth largest city,” says, Michael Trimble, Executive Director of the Gaslamp Quarter Association. “Alonzo Horton was a visionary leader who set a precedent of hard work and determination still very much alive in the Gaslamp Quarter. We have been so impressed that the “Rabbitville” exhibitions have educated and inspired the next generation of pioneers in San Diego.” 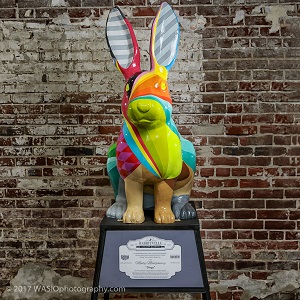 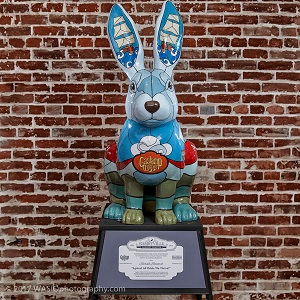 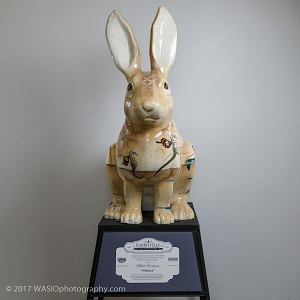 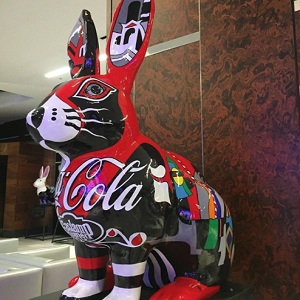 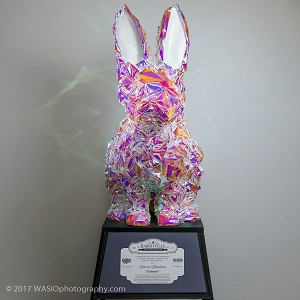 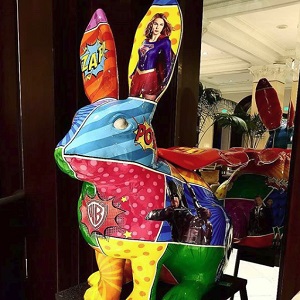 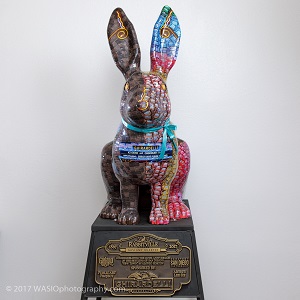 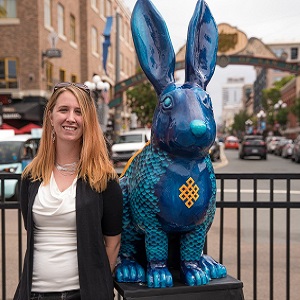 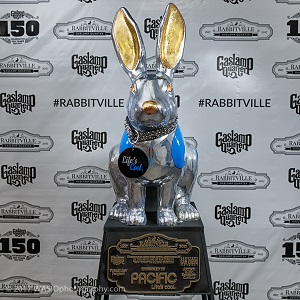 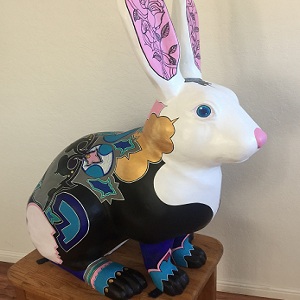 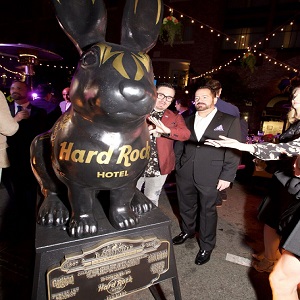 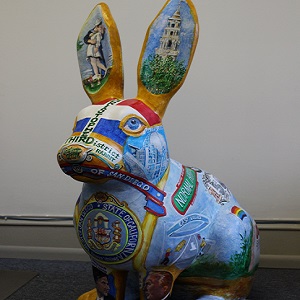 The Gaslamp Quarter Association is working in conjunction with the Downtown San Diego Partnership Clean and Safe program to make this unique public art installation possible. “Rabbitville” received its initial funding from the DSDP Clean and Safe Board of Directors whom allocate money to each Downtown neighborhood for placemaking projects. The Clean and Safe team has assisted in the installation and ongoing maintenance of “Rabbitville” as well as monitor the safety of the art throughout the program.

The Gaslamp Quarter Association is also partnering with Sparks Gallery for this event.  Sparks Gallery has not only restored the 1887 Sterling Hardware Building, but also was an integral part in submitting artists to be considered for this historic public art project.

Sponsoring a Rabbit. Each rabbit has a sponsor or patron.  Currently, nine have been generously sponsored by Coca-Cola, Ghirardelli, Hard Rock Hotel, The Pendry Hotel, Warner Bros. Television, Pacific Magazine, The San Diego Padres, District #3 Councilmember Chris Ward and John Ramirez.  The other 6 have yet to be adopted for $10,000 each. Sponsors enjoy a range of promotional benefits, including, but not limited to, recognition on a commemorative plaque and possession of the rabbit upon completion of the program at the end of May 2018. Proceeds from sponsorship will help fund new enhanced lighting in the Gaslamp Quarter. “Sponsoring a rabbit is a great way for someone who loves San Diego history to also help fund a project that will increase public safety and beautify the historic Gaslamp Quarter,” says Michael Trimble. “We are hoping to repair and replace the decorative lights throughout the district.”