Let the Good Times Roll this Mardi Gras in the Gaslamp Quarter!

2018 is officially here and it’s time to let the good times roll, or as the Cajun expression goes, “laissez les bons temps rouler”!  The Historic Heart of San Diego is shaking things up by playing host to busking performances from Circus Mafia and lots of specials in member businesses throughout the district on Saturday, February 10th and on Fat Tuesday, February 13th! So why not take in Mardi Gras in the Gaslamp Quarter for an amazing experience unlike any that came before it! Check out below to plan your magnificent celebration!

Saturday, February 10th: A few performers will be around the Gaslamp Quarter on Saturday from 4-5PM and then performing at the Mardi Gras Beads, Bites and Booze Tour at their secret after party!

Fat Tuesday, February 13th: On Fat Tuesday from 5PM-10PM, Circus Mafia buskers will be out in full force at different locations along Fourth and Fifth Avenue between K and E Street, and popping in different restaurants for surprise entertainment for guests!

Circus Mafia is an internationally travelling circus performance and production company, based in San Diego. With one-of-a-kind  interactive stage performances, circus workshops, themed entertainment and continuous guest entertainers, circus mafia seeks to create a memorable experience unlike any other! 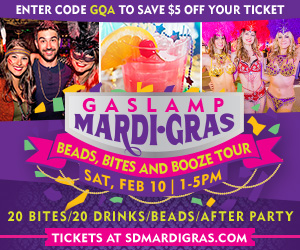 Don’t want to wait until Fat Tuesday to get your Mardi Gras festivities started? We have you covered! This tasting event with a NOLA touch is set to take you on a tantalizing tour of delicious Mardi Gras inspired bites and sinful sips throughout Downtown San Diego. Indulge the offerings from some of the Gaslamp Quarter’s finest hotspots all while collecting BEADS, BEADS, and more BEADS just in time to deck yourself out for Fat Tuesday. Tickets for this delicious self-guided stroll start at just $25!

USE CODE GQA FOR $5 OFF TICKETS AT SDMARDIGRAS.COM! 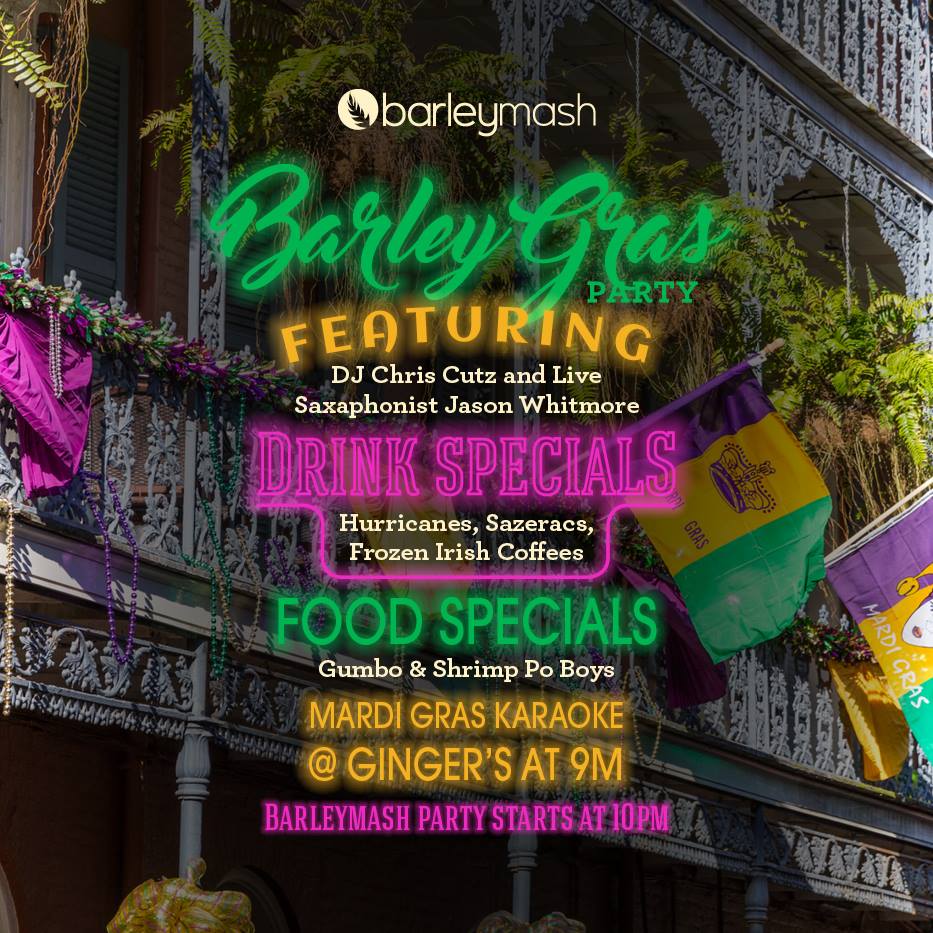 Barley Gras in the #Gaslamp

No Block Party? No Problem! Fat Tuesday in the Gaslamp is unlike any other day and this year and we’re bringing the BIGGEST Party of the year to barleymash! The night will feature: 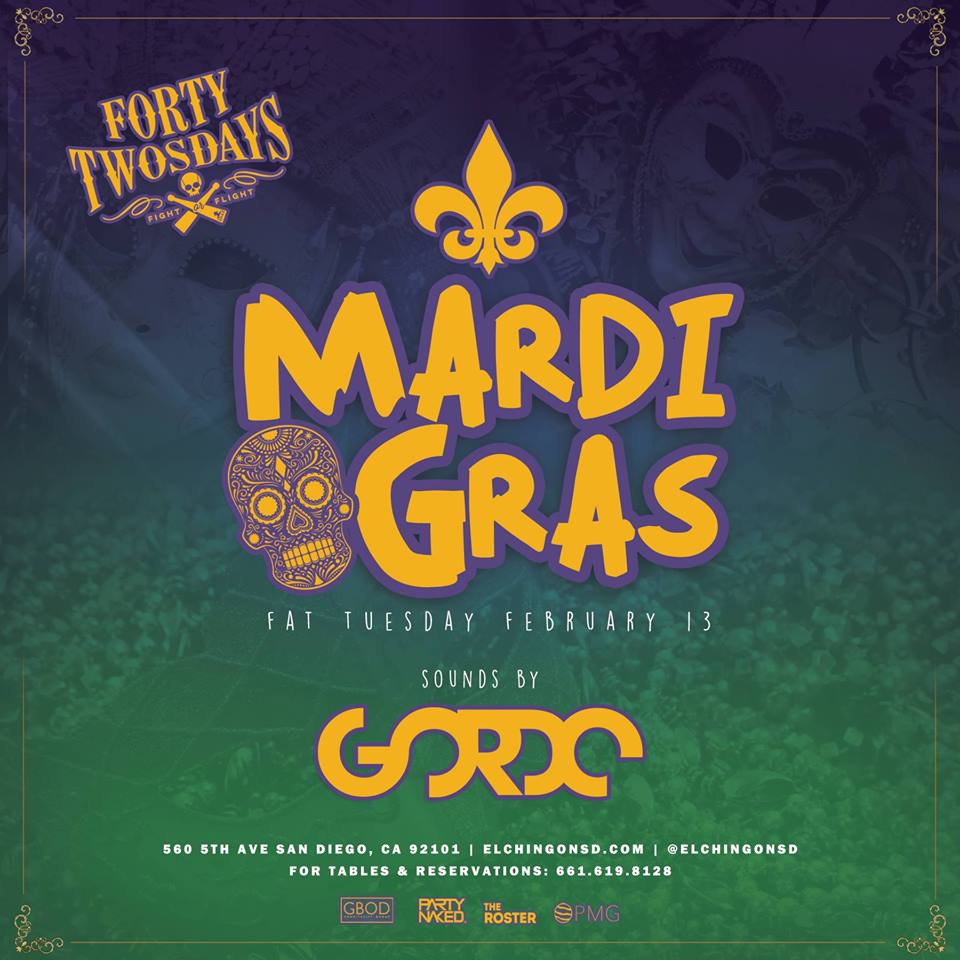 Mardi Gras is here, and there’s no better way to celebrate Fat Tuesday than with beats by DJ GORDO!

Come try out our Mardi Gras-themed Bad Ass Taco of the Month- Shrimp Po Boy! In the mood to let loose? Speciality cocktails Hurricane Becky and our custom Fat Tuesday Margarita will get you in the mood to dance!

Are you a VIP? For table and bottle service inquiries please contact: vip@elchingon.com. 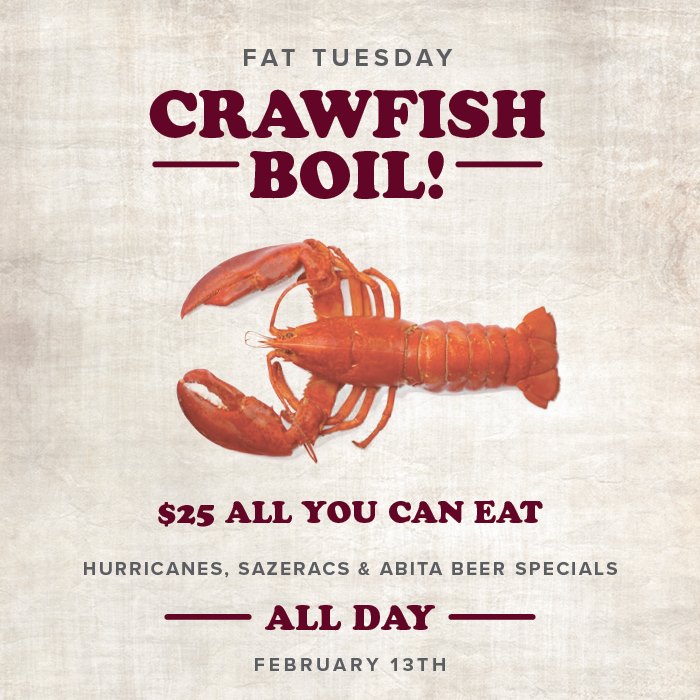 This Fat Tuesday, The Smoking Gun Presents a $25 All You Can Eat Crawfish Boil!

Fro $25, how much Crawfish do you think you can eat? 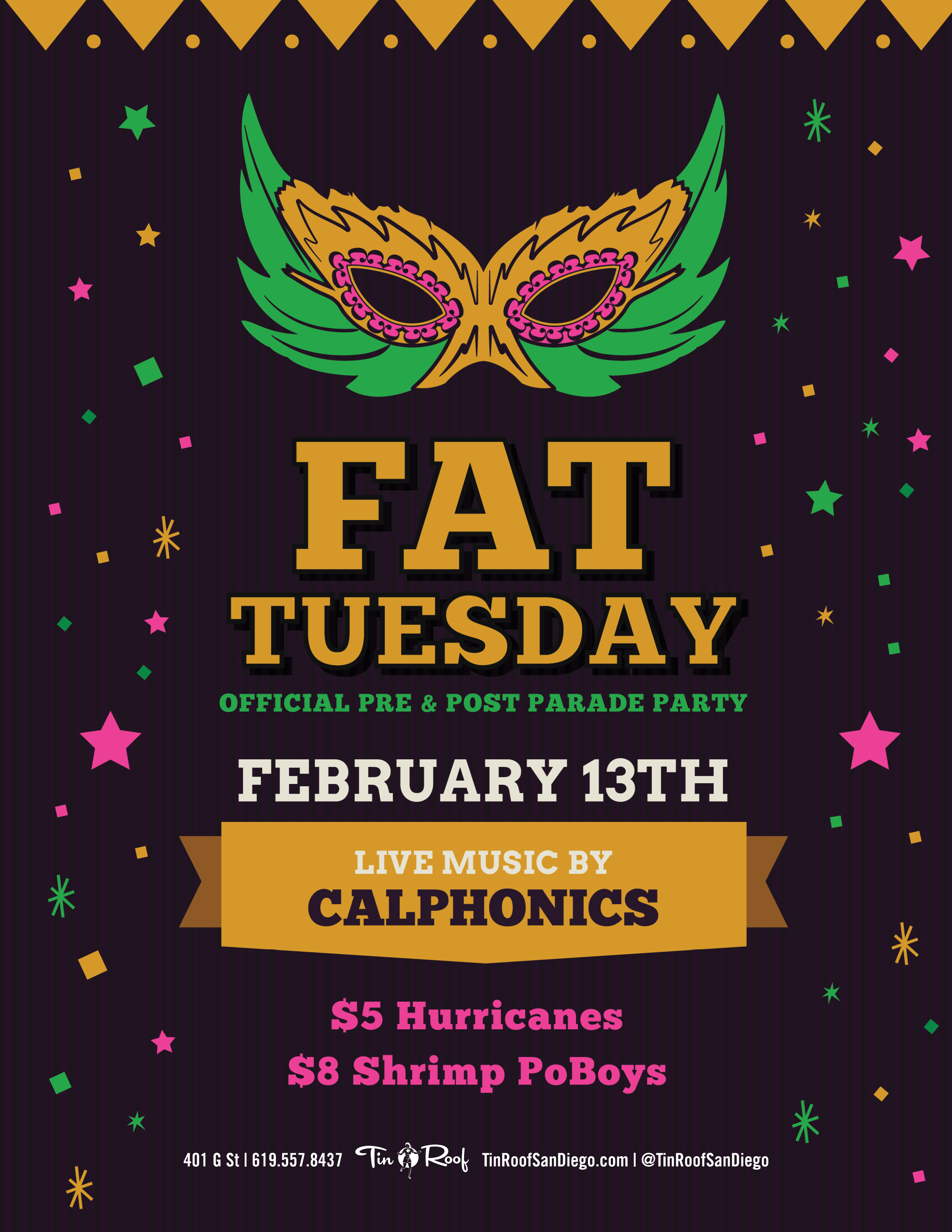 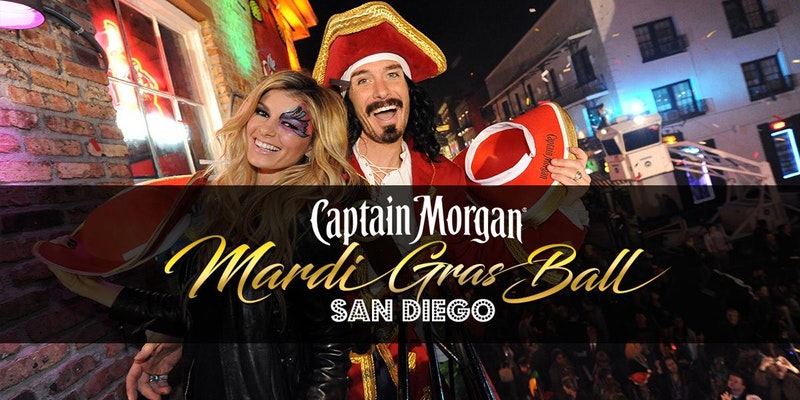 With more than 18,000 square feet of nothing but party, The Red Room Nightclub isn’t pulling any punches for this Fat Tuesday! With three brand new venues coming to the Gaslamp Quarter representing everything New Orleans, you can rest assured that there CANNOT BE ANOTHER MARDI GRAS PARTY LIKE THIS ONE ANYWHERE IN THE CITY!

Costume and Masks are not required… BUT HIGHLY RECOMMENDED!!! Costume Contests will be held throughout the evening so come ready to party like your really in New Orleans! 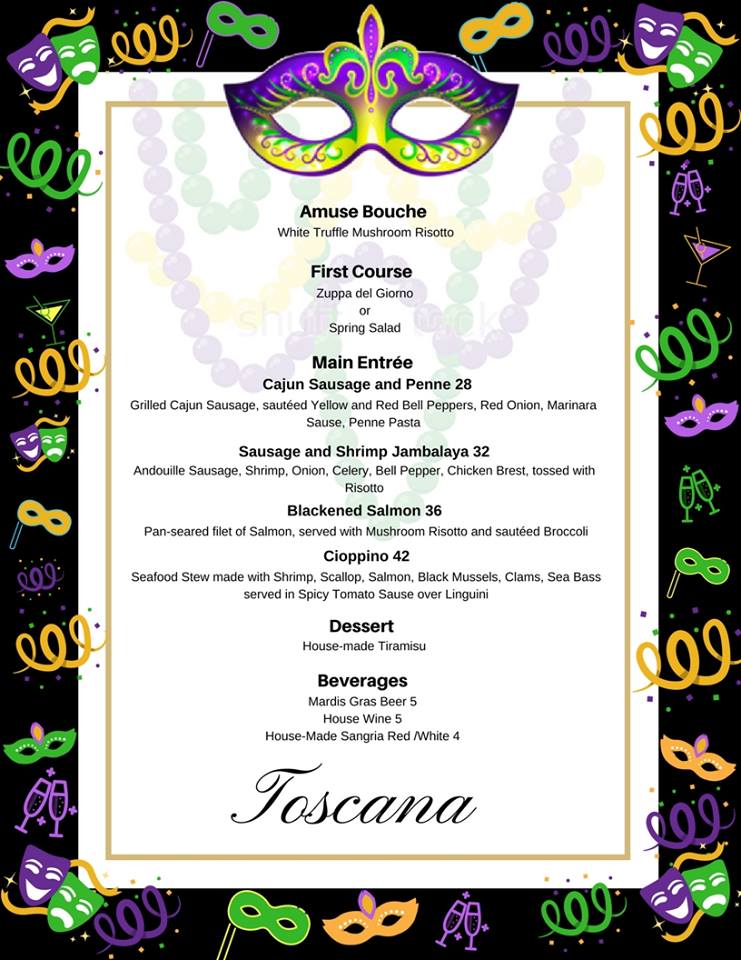 Mardis Gras is right around the corner! Please join us on February 13th to try our delicious, Mardis Gras inspired menu and beverages! Make your reservation today so you don’t miss out on the fun! http://toscanacafesd.com 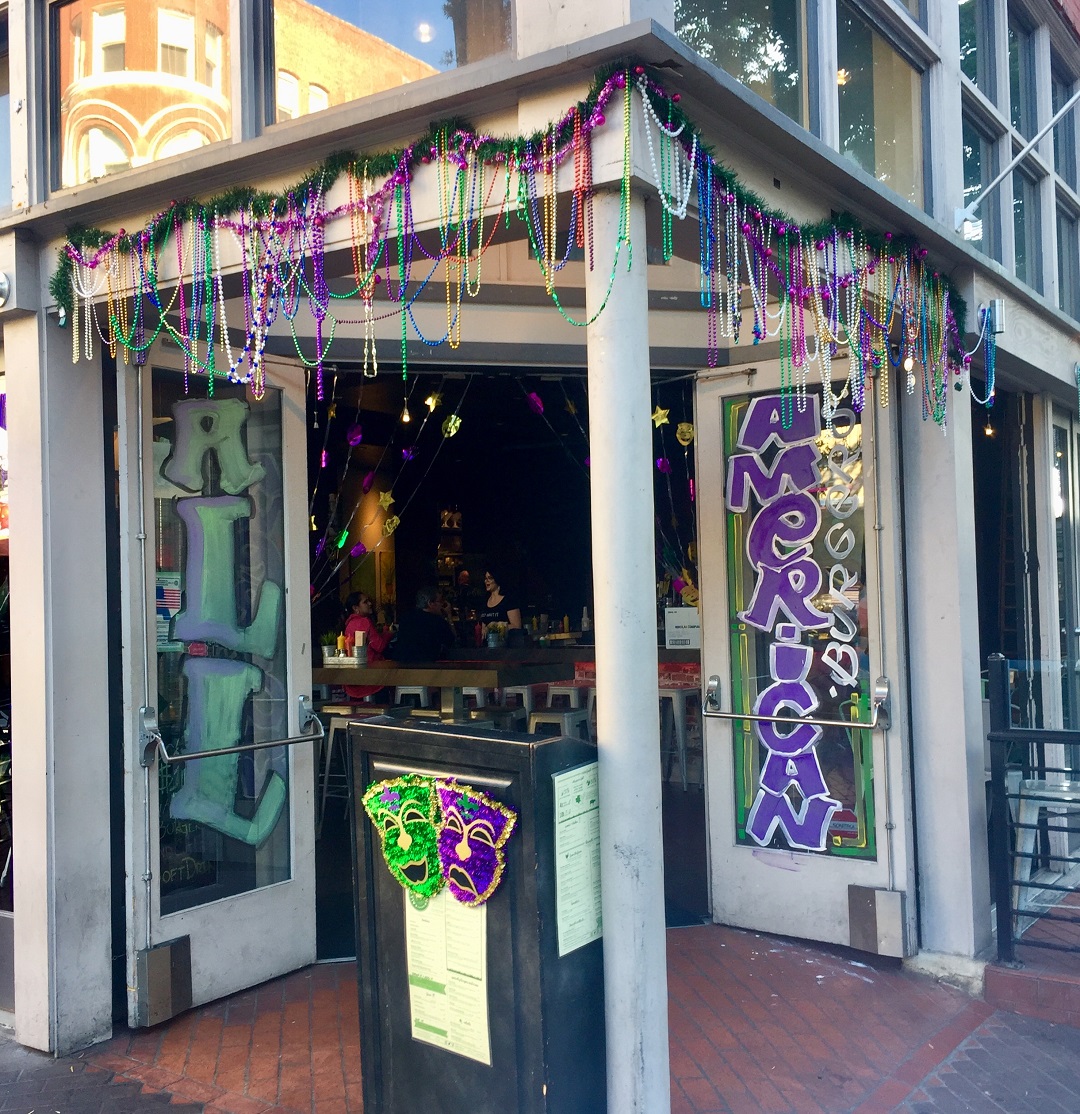 All American Burgers is going all out for Mardi Gras! Come enjoy the festive environment with a fun photo booth and lots of delicious food! Tag #AABMardiGras to share your pictures with us! 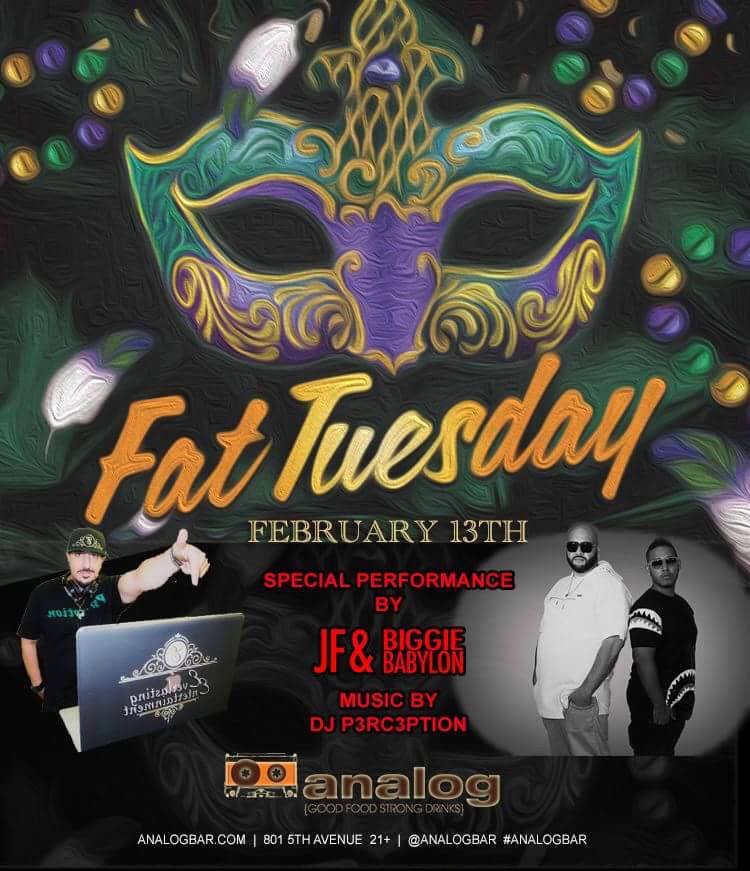 Celebrate Fat Tuesday in Gaslamp with Analog! Doors open at 7:30pm, $1 Welcome shots for the first 100 people after 9pm! DJ P3RC3PTION will be spinning for you all night and catch a special performance by JF & Biggie Babylon. 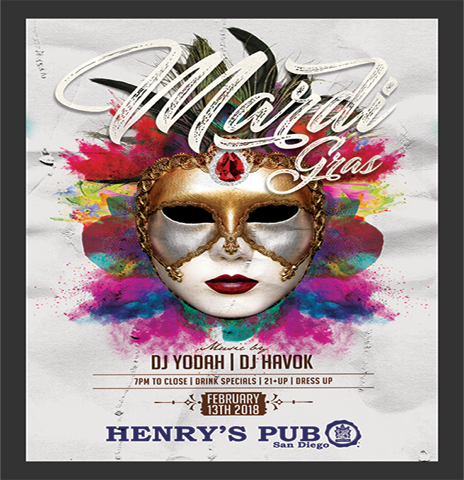 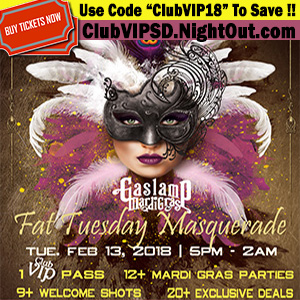 Celebrate Mardi Gras in the Gaslamp Quarter at San Diego Fat Tuesday Masquerade! For the 1st time in 20 years, enjoy a rare FREE access to party in the district! (Reason: the ticketed block party & parade is pausing in 2018 to gear up for a grander celebration on March 5 in 2019!) On this day of SINdulgence, we invite you and your krewe for a mega Masquerade presented by the most spirited bars and clubs along the famous 5th Avenue! 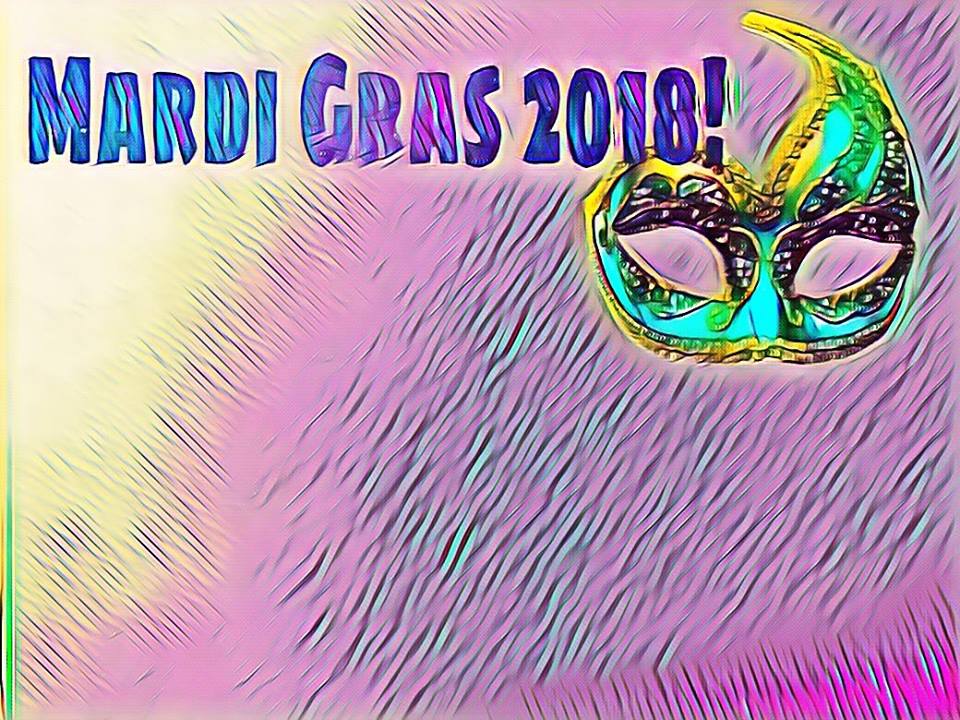 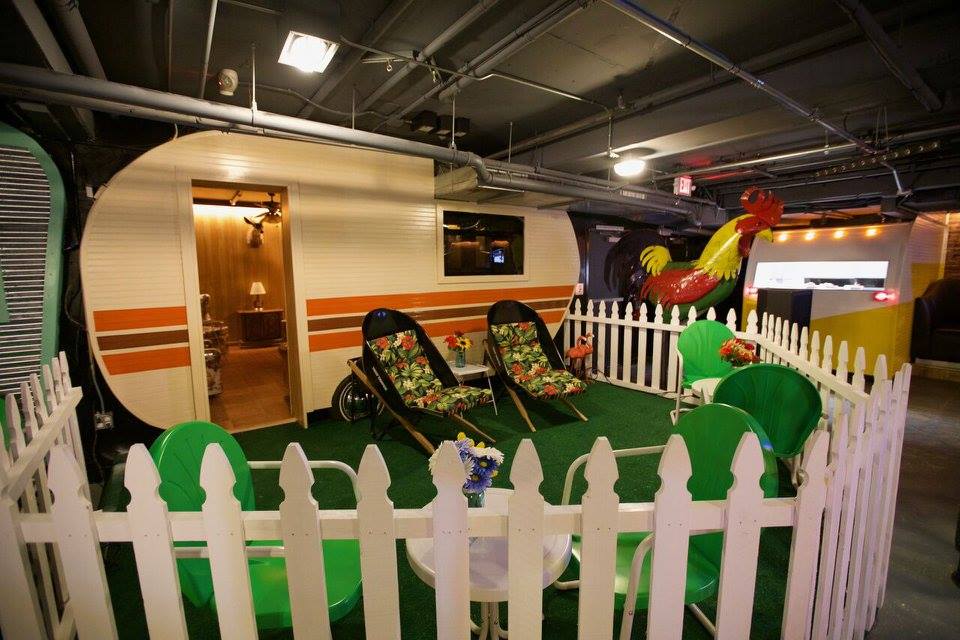 Celebrate Mardi Gras at Trailer Park After Dark with Mardi Gras related drink specials as well as music by a DJ! 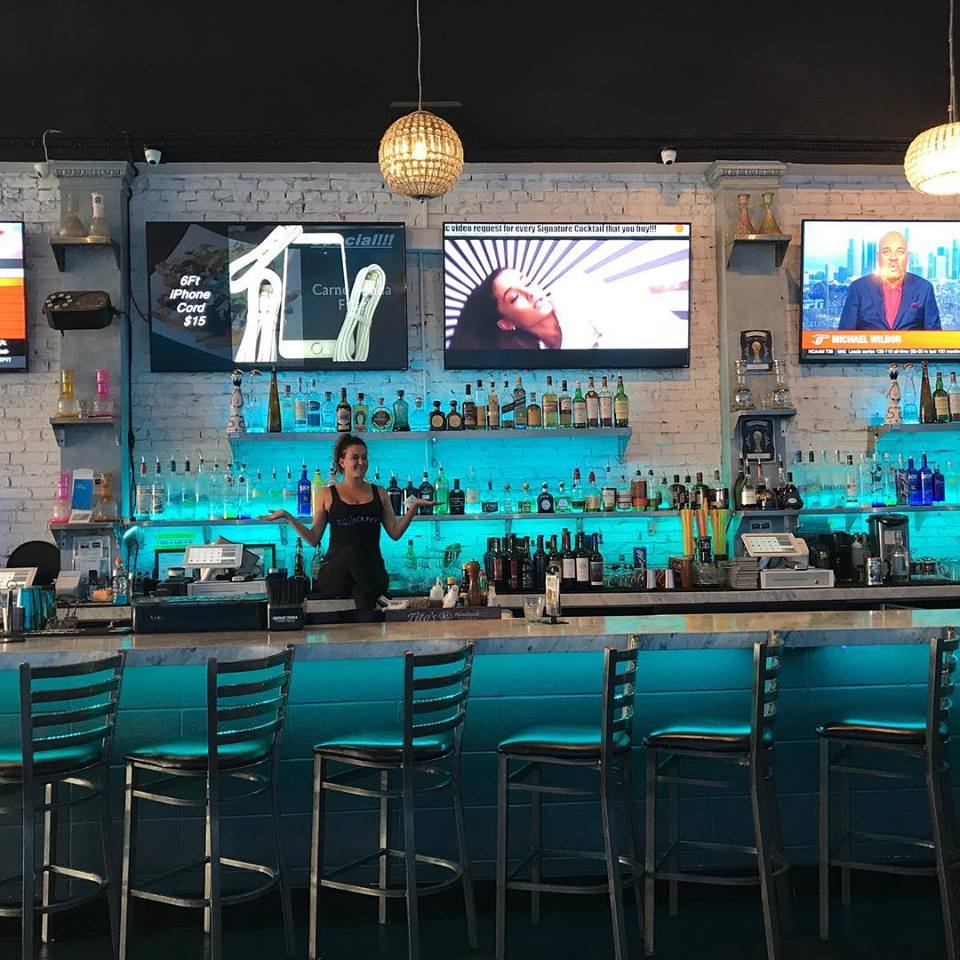 Enjoy Happy Hour prices all night!!  Specials on cocktails and bites along with 20% off hookah 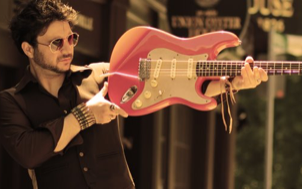 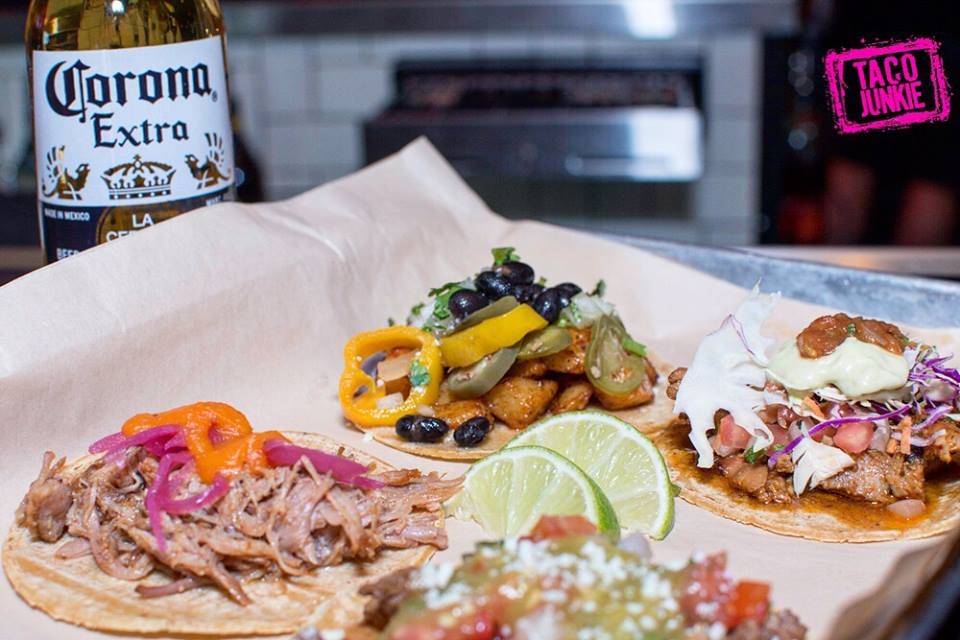