Things to do in the Gaslamp Quarter: September 6-9

Join Juan Tequila Bar & Restaurant for their Grand Opening, work out and peruse the fitness vendors at FLOAT, or enjoy a close up magic show on the Rooftop by STK at the Andaz Hotel! There’s so many things to do in the Gaslamp Quarter! Check out below and start planning your weekend! 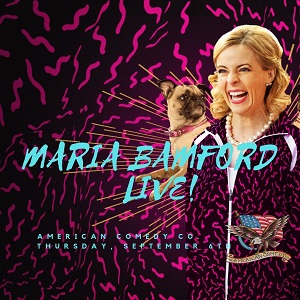 Maria Bamford stars in the semi-autobiographical Netflix comedy series Lady Dynamite, lauded as “revelatory” by Entertainment Weekly and one of 2016’s must-see shows by Variety and Rolling Stone. The series was created by Mitch Hurwitz (Arrested Development) and Pam Brady (South Park).

Maria is the creator and star of Maria Bamford: the special special special and of the cult hit web series The Maria Bamford Show, which screened at the Museum of Art and Design. She was the first female comic to have two half-hour Comedy Central Presents specials and starred alongside Patton Oswalt, Zach Galifianakis and Brian Posehn in the Comedy Central series The Comedians of Comedy and Netflix’s Comedians of Comedy: The Movie.

An Evening with Artist Richard Becker

Join us with Richard Becker as he discusses his works on view in his solo show “Float”.

FREE / Open to the Public / No RSVP Required

Refreshments served at 6pm. Talk will begin promptly at 6:30pm. 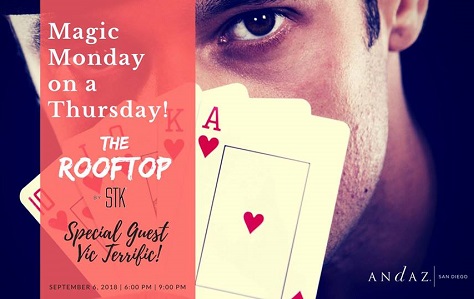 Come enjoy close up Magic with Magic Mike and Terry Thursday September 6th on the Rooftop by STK! They will have a featured guest…Magician Vic Terrific! Hospitality industry local!

Magician Vic Terrific is from J.T.’s Tavern that has been entertaining industry employees from local bars, restaurants and hotels for the last 8 years!

Prepare to be impressed! 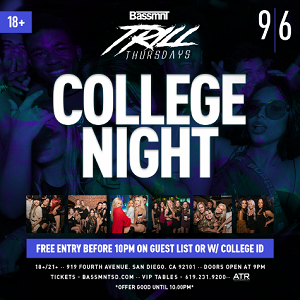 Join us at for Trill Thursdays at Bassmnt on 9/6! Featuring today’s hottest hip hop and world class talent! Sign up on guestlist or bring valid college ID for free entry before 10PM! 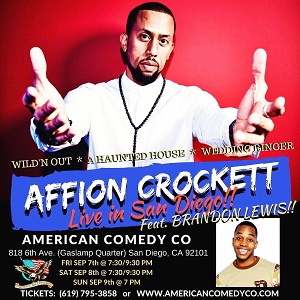 AFFION CROCKETT is one of the most versatile entertainers around, as an accomplished actor, writer, dancer, rapper, comedian, music producer, and director – his YouTube videos have become an internet sensation.  Affion began his career as a dancer at age 10, winning breaking and popping contests with his older brother. Affion was introduced to the world on HBO’s Def Comedy Jam, demonstrating his crystal clear impressions and physical comedy, for which he was labeled the next Jim Carrey. He was also the break out star on MTV’s ‘Wild’n Out’ and ‘Short Circuitz’ with Nick Cannon. He has starred on ‘Curb Your Enthusiasm,’ and ‘Cedric The Entertainer’s Show.’  Affion released his first comedy rap album in 2012 titled WATCH THE CLONE, with spoofs of popular artists like Jay-Z, Kanye, Eminem, 2 Chainz and more. 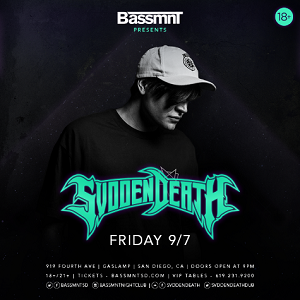 Join us on Friday, September 7th as Bassmnt presents Svdden Death! The Bay Area native has formulated a hybrid of textured rhythms and sub-wrecking basslines to create his own maniacal sound. Get ready for chaos when he takes over Bassmnt! 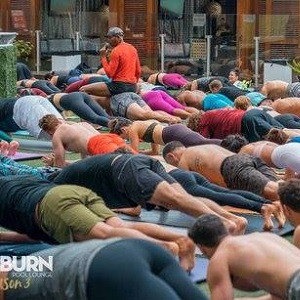 SUNBURN Pool Lounge is hosting the first ever Fitness Fair at the Hard Rock! This is a day all about #SUNBURNfitness! Come out and peruse our fitness vendors, win some prizes and party it up all day long!

If you are a vendor interested in representing your company at SUNBURN’s Fitness Fair, please email info@sunburnpool.com 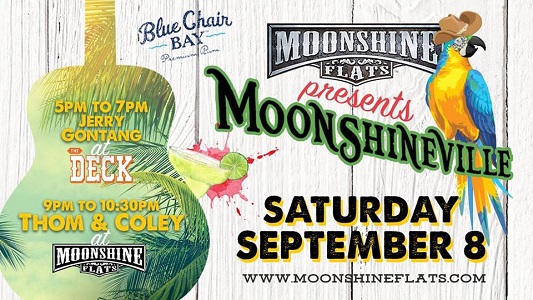 Do you like piña coladas and getting caught in the rain?

Instead of Margaritaville, we’re bringing you MOONSHINEVILLE on Saturday, September 8th! Don’t miss Jerry Gontang doing an acoustic set at The Deck at Moonshine Flats at 5pm followed by Thom Shepherd and Coley McCabe at Moonshine Flats!

Parrotheads & Parakeets welcome. It’s going to be a night to remember! 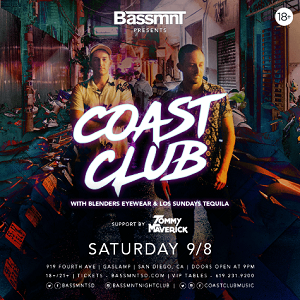 Join us on Saturday, September 8th as Bassmnt presents Coast Club! Surfers by day, DJs by night, the duo have become a stand out collective rooted in curating good times! Beyond stoked for their debut! 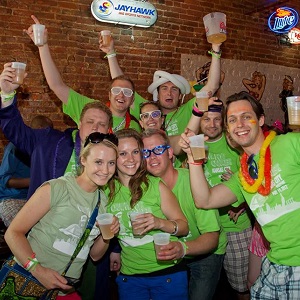 Crawl for Cancer is a fundraising organization that started in Kansas City in 2001. This event is to help raise awareness about cancer and those effected by it. There are now over 20 cities across the US that participate every year. C4C has donated over $2.5 million!!!

Where: Throughout Gaslamp Quarter 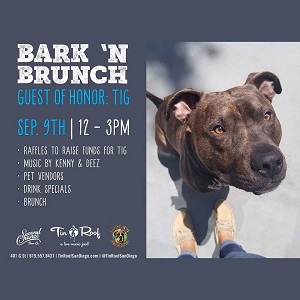 There will be live music, raffles, pet treats, and vendors for this special day! 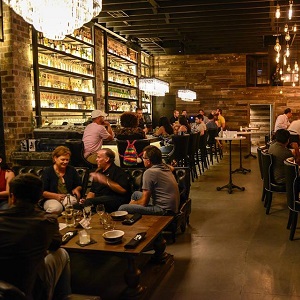 We invite you to celebrate the opening of the newest Baja spot in the Gaslamp. We want to captivate all your senses: Visually, take a seat at our starlight bar and enjoy the views of the chandelier lit dining room. As soon as you walk in, feel embraced by the ambience, pleasing scents and the glowing community here in San Diego. Let us transport you to a different timeline and relax with music from our own curated playlists for each time of the day. Most importantly, our cuisine, cocktail program and selection of spirits are crafted to delight your palate. Let’s make this night unforgettable!