The 2018 San Diego Union Tribune Gaslamp Gala presented by GBOD was a huge success!  Over 425 people attended the celebration honoring awardees from the Historic Heart of San Diego, and raising money for a new landmark arch.

Guests started out the evening on the beautiful terrace at the Gaslamp Quarter Hilton where they could have a cocktail and bid on a silent auction filled with hotel stays and fine art.  Revelers tried bites from 10 restaurants around the Gaslamp; barleymash, Challenge Dairy, El Chingon, Havana 1920, Henry’s Pub, Meze Greek Fusion, Monkey King, Side Bar, The Melting Pot, and Tin Roof.  After a welcome and remarks from State Assembly Member Todd Gloria, guests descended the staircase onto 5th Ave. where dinner was set under the Iconic Arch.

Hilton Gaslamp Quarter provided a beautiful 3 course meal, and guests dined under the stars with hanging florals, and listened to the standards by Dave Patrone.  The program kicked off with a welcome by Executive Director Michael Trimble, and remarks from The Honorable Mayor of San Diego Kevin Faulconer.  Mark Grant, color commentator for the San Diego Padres, MC-ed the evening and lead a live auction filled with stunning vacations, a San Diego Padres first pitch and great experiences at different Gaslamp Quarter locations.

The coveted Gaslamp Awards were given in 12 categories to businesses in the neighborhood.  The inaugural year of the Pacific Magazine’s Peoples Choice Awards were awarded too.  And the evening was capped off with the  Gaslamp Hero Award  awarded to Catalina Preskill, who has helped in the development of the neighborhood, and served as the Gaslamp Quarter Historical Foundation’s Executive Director for many years.

The after party was celebrated at Henry’s Pub, where guests danced into the early AM! 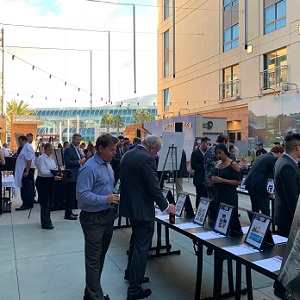 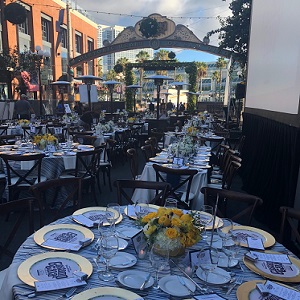 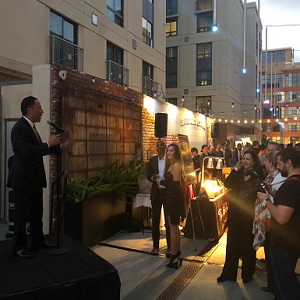 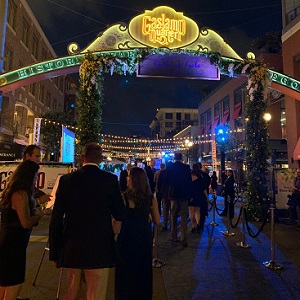 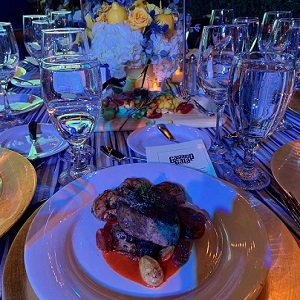 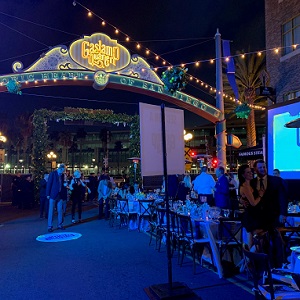 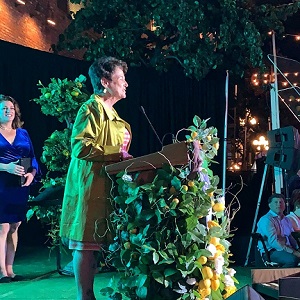 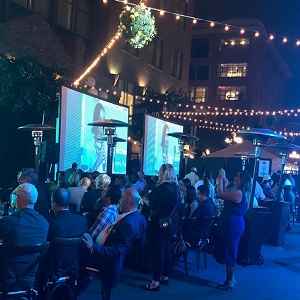