Things to do in the Gaslamp Quarter: October 4-7

Show off your line dancing skills at Moonshine Flats, paint and dance the night away at F6ix’s Hip Hop and Paint, or relax on Sunday evening with yoga and cats! Check out below for things to do this weekend in the Gaslamp Quarter! 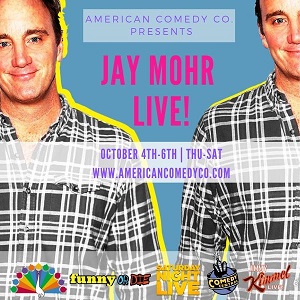 Comedian, actor, radio host and best selling author, Jay Mohr has been performing stand-up comedy since he was sixteen years old. With a career that has spanned over three decades, Jay has become an artist that is very difficult to define. Never wanting to rest on his accomplishments, Jay has always pushed himself to be more than just a comic. 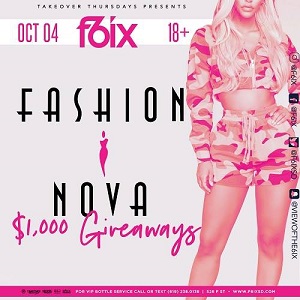 Join us Thursday, Oct. 4th for the All-New Thursday Nights at F6ix Nightclub
This Week we are having our $1000 Fashion Nova Giveaway!!
FREE before 11pm with RSVP

If you are looking to show your moves and have a chance to win a prize, you can’t miss this night at F6ix!! 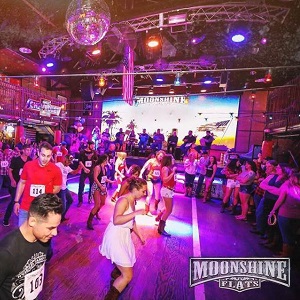 Line Dance your way to the TOP!!

Turn your moves into money for your chance to win! TOP 3 WINNERS RECEIVE $1,500 in CASH & PRIZES. 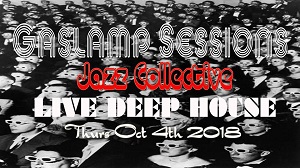 GASLAMP SESSIONS: A Jazz Collective Magnet made up of Dj’s and Jazz Musicians coming together to bring a very rare and highly sought after vibe. If you like dancing to HOUSE MUSIC it’ll be the BOMB…especially if you like DEEP HOUSE MUSIC;)

Coming up this THURSDAY OCTOBER 4th..!!
This will be round 1 of our offering. 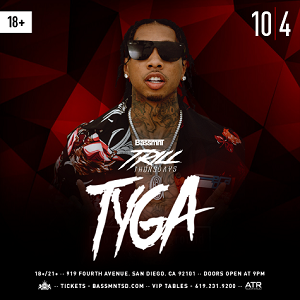 San Diego you can get a TASTE!! Join us for a Trill Thursday special event as Bassmnt present TYGA on Thursday, October 4th! 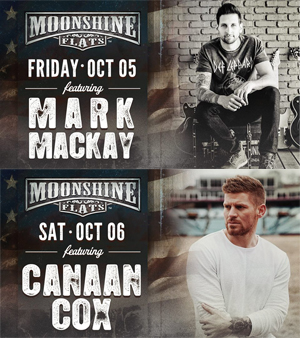 A blazing guitarist, an evocative vocalist and a songwriter steeped in authenticity: At the crossroads of country music and rock and roll is where Mark Mackay makes his stand. Fronting a powerhouse band, he rocks the room with rowdy charm and persuasive conviction. Headlining festivals, concerts and clubs and opening for country stars like Frankie Ballard, Eli Young Band, Cole Swindell, Tracy Lawrence and Old Dominion, plus legendary rockers The Marshall Tucker Band, 38 Special, Richie Sambora (Bon Jovi), Jackie Lee, Drew Baldridge, and Joe Nichols.

Canaan Cox is truly a manifestation of the phrase “hard work pays off.” With a “rules are meant to be broken” attitude, this NC bred country star has taken Nashville by storm. Having only lived in music city for little over a year, he’s made more waves in the town than even he thought were possible. “People kept saying this was a 10 year town – that lit a fire for me. It made me want to prove them wrong.” Cox is surely off to the races. His debut single “Lie” charted in the first 2 weeks on Music Row and became one of the Top 20 most added songs there. 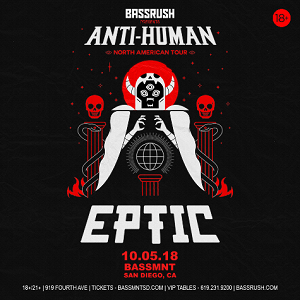 Join us on Friday 10/5 as Bassrush and Eptic present the Anti-Human Tour at Bassmnt with some very special guests TBD! 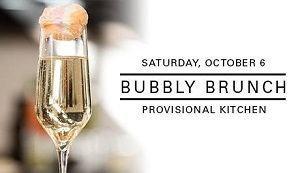 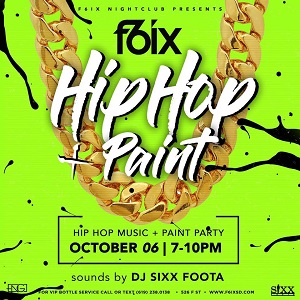 Come paint, dance, and drink with us for Hip Hop and Paint. We will be holding this event on October 6th, which includes 2 drink tickets, a canvas you can take home, paints, and re-entry during club hours.
You can’t miss this event, it’s going to be a dope ass party!! 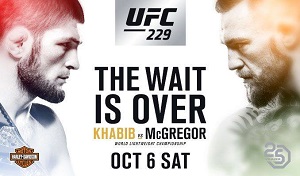 UFC 229: Khabib vs. McGregor is an upcoming mixed martial arts event produced by the Ultimate Fighting Championship that will be held on October 6, 2018 at T-Mobile Arena in Paradise, Nevada, part of the Las Vegas Metropolitan Area. Watch in Gaslamp 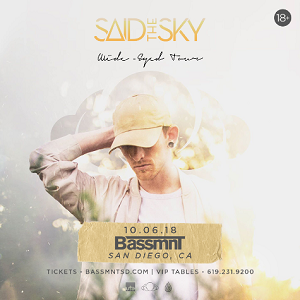 Said The Sky at Bassmnt

Join us on Saturday, October 6th as Bassmnt presents Said The Sky! With a blend of soaring melodies and emotive bass lines, Said The Sky is an experience through music. Catch him live at Bassmnt as he makes his official San Diego stop of his ‘Wide-Eyed’ tour! 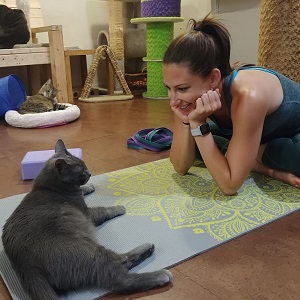 It’s time for our bimonthly Sunday night CATS ON MATS session! Here’s your chance to enjoy a relaxing yoga session in the company of adoptable cats.

Your yoga and meditation guide, Laura McIntire, will lead you through a practice suitable for all levels. Throughout the event you’ll get the chance to interact with the kitties and some may even join you on the mat! A full espresso bar will be available after the practice as well as tea, and other drinks, and snacks.