Things to do in the Gaslamp Quarter: April 25-28

Get fit for the Summer time with a boxing bootcamp at the Hard Rock Hotel or work on those stomach muscles with a laughing good time at Ginger’s, American Comedy Club and Mad House Comedy Club! Check out below for things to do in the Gaslamp Quarter this weekend! 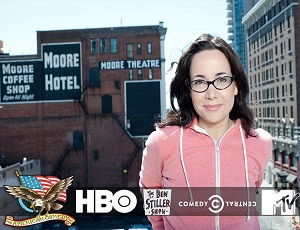 Actress and comedian Janeane Garofalo has been an American institution since she burst on the scene in 1992.

Janeane has had many memorable and critically acclaimed roles in films such as “The Truth About Cats and Dogs,” “Wet Hot American Summer,” “Ratatouille,” “Steal This Movie,” “Reality Bites,” “Romy and Michelle’s High School Reunion,” “Mystery Men,” “The Ten” and “The Cable Guy”. Janeane also co-authored the best seller “Feel This Book,” with Ben Stiller. 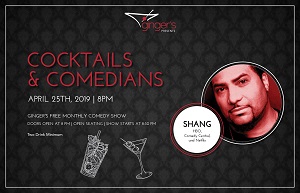 We’re proud to announce yet another Cocktails & Comedians headliner: SHANG!  You might know Shang from HBO, Comedy Central, or Netflix.

Doors will open at 8pm & seating is a first come, first serve basis.

Admission is FREE with a 2 drink minimum. 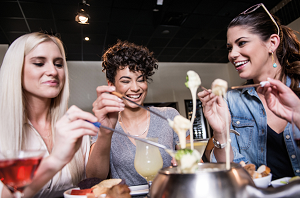 We’re inviting ladies (boys can dip too) to indulge in a fabulous four-course fondue dinner complete with a cheese fondue prepared table side, freshly created salads, a specially prepared entrée course, and an unforgettable chocolate fondue for dessert. $29 per person.

All Ladies in attendance will have an opportunity to win raffle prizes. 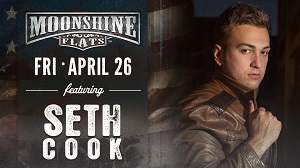 Seth Cook is the complete talent package. He’s a Singer, a Songwriter, a Musician, but most importantly, he’s an Entertainer. Seth has already logged countless hours on the stage headlining venues throughout the Midwest and continues to grow his fan base playing fairs, festivals, theatres and clubs all over the country. 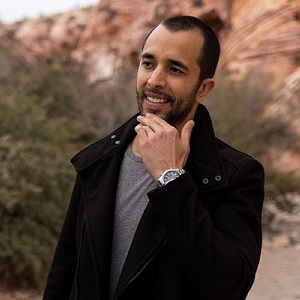 Born and raised in small town Montana, Kyle Flesch quickly expanded his horizons and relocated to San Diego where he began making his mark on the entertainment scene. He began his career DJing at local beachsie spots before quickly earning a residency in the city’s popular Gaslamp district Downtown. Flesch has the rare quality of all good party DJs – a unique intuition for both music and people that provides the groundwork for an unforgettable night, every night.

SUNBURN Fitness with The Boxing Club

#SUNBURNfitness is returning every Saturday from 11am to 12pm on the rooftop of Hard Rock Hotel San Diego!

From yoga to boot camps to spin, you’ll have a variety of fitness options to choose from each week.

Sweat it out before you drink up at SUNBURN Pool Lounge! 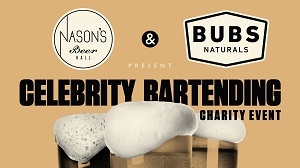 10% of all food and drink proceeds go to benefiting the Glen Doherty Memorial Foundation, established on providing current and former special operations professionals from all branches of the government, the means necessary to transition and succeed in civilian life. 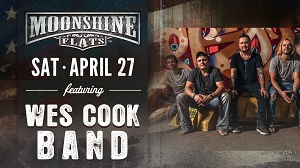 Wes Cook is a Country music singer-songwriter living in Nashville, TN. Born and raised in Knoxville, TN, Wes grew up on music ranging from Rock-n-roll to Classic Country, 90’s Country, Southern Rock to Bluegrass, all of which play a roll in his passion and sound on stage. Cool Southern Rock with the grit of rock-n-roll and a lyrical composer of Country music is what you will find at a Wes Cook Band show. 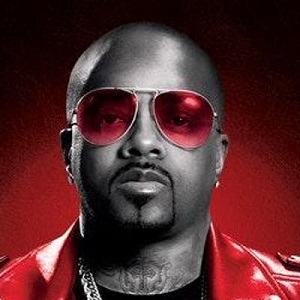 Jermaine Dupri, born as Jermaine Dupri Mauldin, is a popular record producer, rapper, and record executive from America. He is famous for his albums ‘Life in 1472’ and ‘Instructions’. Besides this, he has produced many songs including ‘Totally Krossed Out’, ‘Da Bomb’, ‘Hummin’ Comin’ at Cha’,’ Heart Mind & Soul’, ‘Other Side’, ‘One in a Million’ and ‘Traces of My Lipstick’, to name a few. The rapper has worked with numerous artists in his career, the popular ones being ‘Kris Kross’, ‘Usher’, ‘Mariah Carey’, ‘Monica’, ‘Janet Jackson’, ‘Alicia Keys’, ‘Da Brat’, ‘Jay-Z’, ‘Aretha Franklin’ and ‘Bow Wow’. Apart from being a rapper and record producer, Dupri is a songwriter, DJ, and a television producer as well. He was also a dancer in the hip-hop dance group ‘Whodini’ during his childhood days. He had started ‘Rap Corna Guuds’, his own store before becoming a rapper. Today, Dupri has become a household name and millions of people follow him on Instagram, Twitter, YouTube, and Facebook. 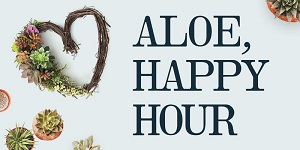 We’re suckers for an afternoon of crafting!

Join us for a hands-on, DIY succu-wreath happy hour at Searsucker San Diego on Sunday, April 28th from 3:00-5:00p.m. Sip on two glasses of liquid inspiration (choice of wine or beer) as we make heart shaped succulent wreaths for Spring to take home, or give as the perfect handmade gift!

Tickets include step-by-step instruction, your first two beverages, all plants and materials needed to design and take your living art home, and tips on how to keep it looking fresh for months to come. Small Searsucker snacks will be available for purchase.

Express yourself in a tangible way through art and creativity – it’s good for you! 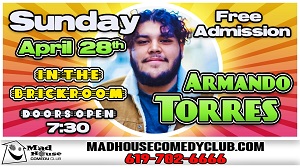 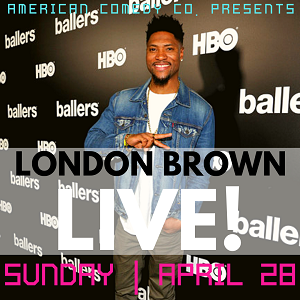 Born and raised in Los Angeles, London Brown is one of LA’s hottest up and coming comedians. In his first two years as a comedian, London Brown hit some of the most legendary stages. Those stages include the The Comedy Union, The Improv, The Comedy Store, and Gotham Comedy Club. He was also the winner of the first ever Robin Harris Rising Star award as well as Best International Comedian for 2013 Black Comedy awards in the UK. He has shared stages with Katt Williams, Tony Rock and Kevin Hart. 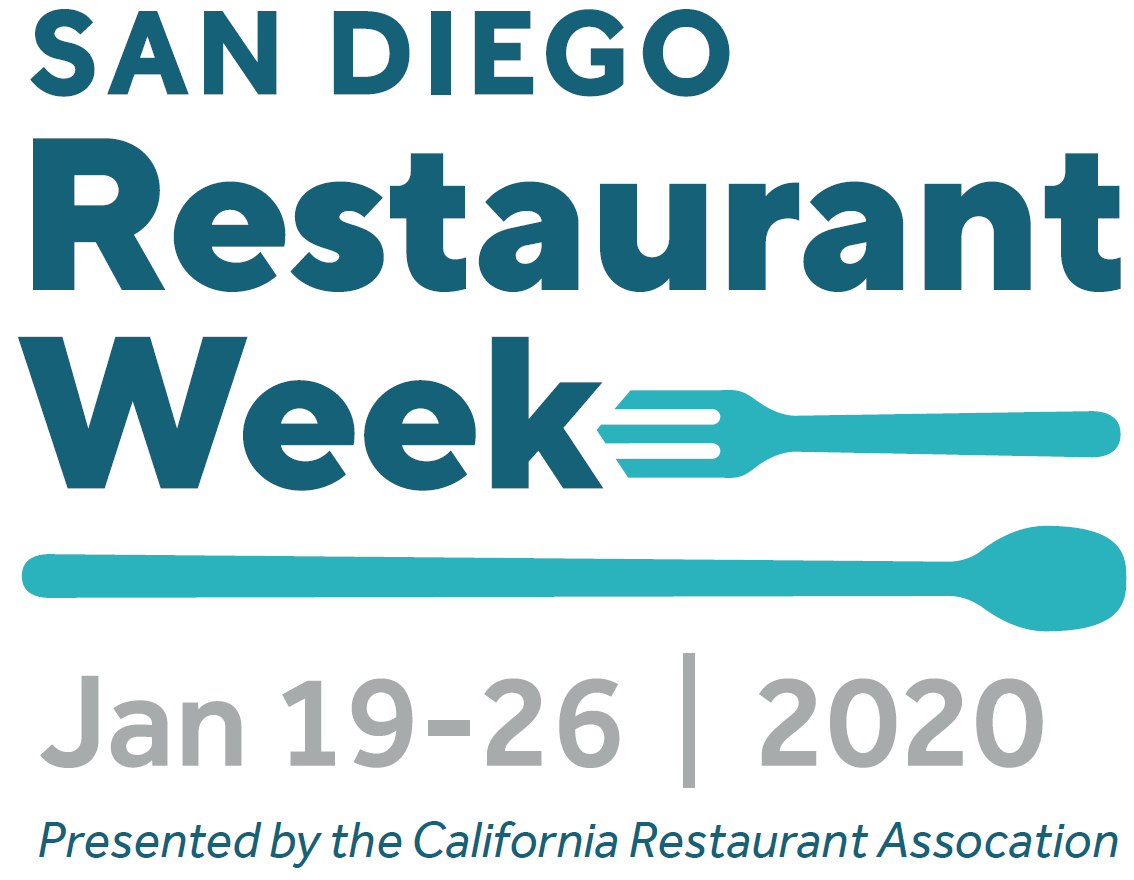 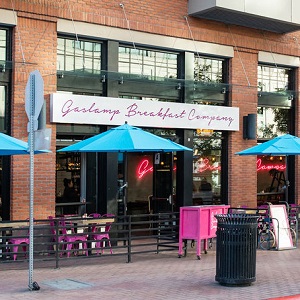 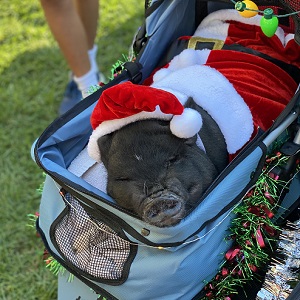