Things to do in the Gaslamp Quarter: September 5-8

Experience a 16 course tasting menu by Chef Steve Brown at The Keating Hotel, join The Pool House for their last Pool House Sunday party of the season, or kick off football season at one of the many bars in the Gaslamp Quarter! See below for things to do this weekend. 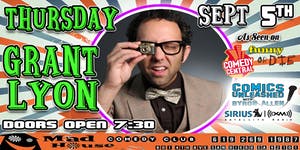 Grant Lyon as seen on Comics Unleashed, Funny or Die, Comedy Central, The Bob and Tom Show, Sirus XM Comedy Radio and more! Described by San Francisco Weekly as “a hilariously sharp observer, not one of those tired white-guy bellyachers,” Grant was once a collegiate soccer player. He decided to pursue a career on stage instead of on the field, and that decision’s been rewarded by being chosen as a New Face in comedy at the Just For Laughs Festival, winning the Laughing Skull Comedy Festival, and being a finalist in the Big Sky Festival. You might also recognize him from a number of national commercials including AT&T, Johnsonville Sausage, CiCi’s Pizza, and more.

Full Bar, Craft Beer, Dinner Menu. We sere food and drinks before, and during the shows. 18+, Two item min purchase per person (food or drinks – does not have to be alcohol). 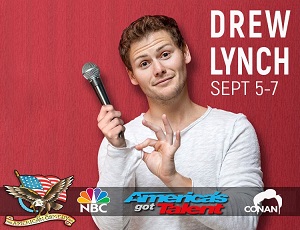 Originally from Indianapolis, Drew Lynch moved to Los Angeles at the age of 19 with aspirations of becoming an actor. While living in Los Angeles, a softball injury left Drew with a severe stutter, limiting his chances of acting in front of the camera. Determined to move forward Drew turned to stand-up comedy and in 2015, he captured the hearts of America with his Golden Buzzer performance on Season 10 of America’s Got Talent. His performances landed him in the finals where he finished in second place. Since then, Drew has guest-starred on IFC’s Maron, and landed his late night debut on CONAN. 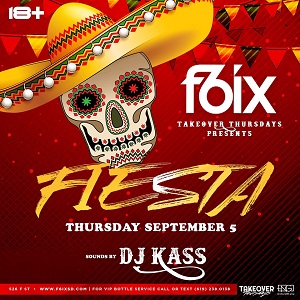 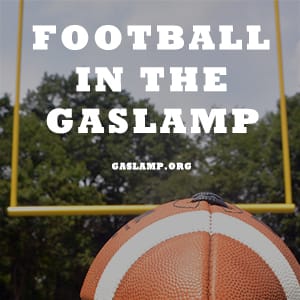 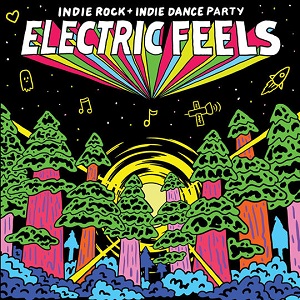 Electric Feels is an experiential dance party that features all your favorite Indie Rock + Indie Dance songs all night with amazing DJs, stage production and more! We’re excited to bring this to San Diego at House of Blues San Diego on September 6th! We will be transforming the venue into our own world. Bring a friend or make one there and let loose. We’re excited to join you. 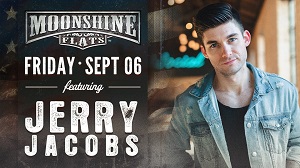 Hailing from the coast of the Carolinas, Jerry Jacobs is making waves as one of Nashville’s up-and-coming singer-songwriters and entertainers. Jacobs and his band perform a mix of country music, rock, pop, top 40, and 90s and are regarded as one of the most exciting and entertaining new acts out of Music City. Jacobs’ all-star band features three elite musicians who have toured the country playing alongside some of today’s biggest country stars, and Jacobs himself has shared the stage with the likes of Kid Rock, Cole Swindell, Love and Theft, and Randy Houser. Jacobs and his band are known for their high-energy show that dances across genre lines and can been seen nightly in some of the world’s most famous Honky Tonks and clubs. 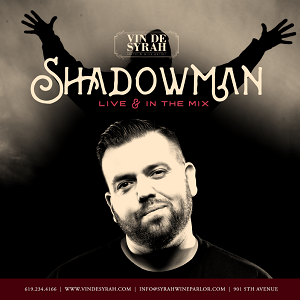 Do your Friday right this week with Syrah Wine Parlor. Looking for that wine bar feel? Come by from 5-9pm for a laid back and classy atmosphere, featuring our 5-7pm Happy Hour ($6!). Don’t forget about our one-of-a-kind wine tastings hosted every Friday and Saturday night by our in-house sommelier! Three glasses of wine, three canapés and an unforgettable experience for you and your closest friends. These tastings start at 8pm and are by reservation only so email Jessie@syrahwineparlor.com to set yours up. Then at 10pm DJ Shadowman hits the deck and he will be sure to keep your heart racing all evening. 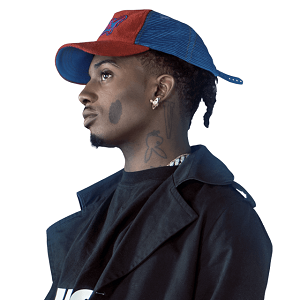 We’re excited to announce Playboi Carti is back LIVE on Friday, September 6! 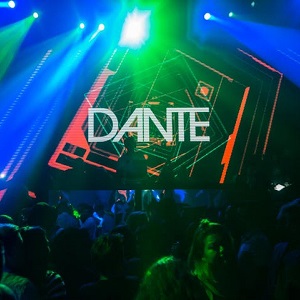 For the better part of the past two decades, Dante Deiana has poured his energy into his craft—providing unforgettable musical experiences at venues across the country and overseas. Dante possesses a unique ability to connect with his audiences and clients, thanks to his breadth of knowledge and professional work ethic. At a time when digital mixing and composition has become commonplace, he continues to learn, evolve, and excel. He is a seasoned veteran, with a record of excellence that sets him apart. Dante is the true embodiment of a self-made entrepreneur who pushes the envelope and raises the bar.

Join us this Saturday for the last Babes Bootcamp class of the 2019 Sunburn fitness season!

When: Saturday, September 7 11AM 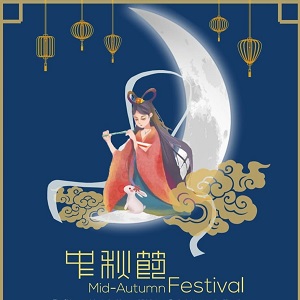 The Moon Festival is a Chinese tradition dating back as far the Shang Dynasty; The festival celebrates the harvest season and honors the moon as a deity, responsible for fertility, courtship, and good fortune. Celebrate with us in the Chuang Garden behind our Mission Building, as we ring in the harvest season with games and activities for the whole family! 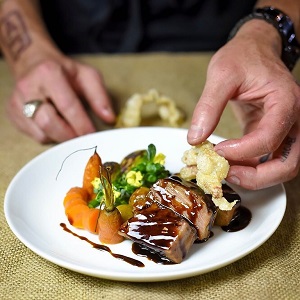 Join Cosecha SD for our 16 course tasting menu experience at the historic Keating Hotel with a secret entrance up the hidden staircase. This dining experience features the best Wagyu from around the world, local seafood and produce from our farms with wine pairings. This dinner is more than great food and wine, it’s a show with every course being plated right in front of our guests. 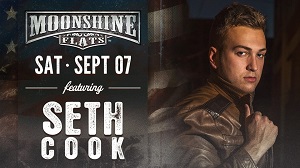 Seth Cook is the complete talent package. He’s a Singer, a Songwriter, a Musician, but most importantly, he’s an Entertainer. Seth has already logged countless hours on the stage headlining venues throughout the Midwest and continues to grow his fan base playing fairs, festivals, theatres and clubs all over the country.  In his young career, Seth has been blessed to open for Lonestar, Rascal Flatts, Montgomery Gentry, Luke Bryan, Rodney Atkins and Vince Gill. He’s also had the experience of being on tour playing lead guitar for such artists as Brett Young (Thomas Rhett Tour) and Julie Roberts as well as other independent artists. 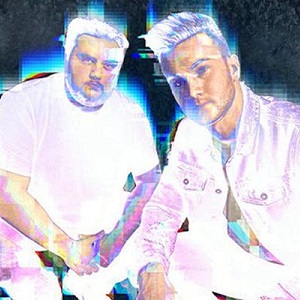 New York-based electronic duo VAVO feature producers Jesse Fischer and Alden Martin, who are known for their progressive house and electro-influenced sound. Formed in 2015, the pair originally connected after Martin heard Fischer’s previous outfit, Flight School, and invited him to work on new music together. Discovering their shared chemistry, they decided to move forward as a duo, releasing well-received tracks like “Feel Good” and “Bromance” with Steve Reece. Soon they had amassed a sizable online following, with over 40,000 fans on SoundCloud. More tracks followed, including collaborations with Alaris, Otto Orlandi, and others. In 2017, they delivered a remix of Tony Igy’s “Astronomia.” 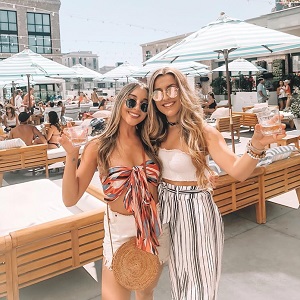 Alright everyone, lets close It out with a bang, the last Pool house Sunday of the season is this week with Motel Margarita, Los Sundays and music by Coast Club! 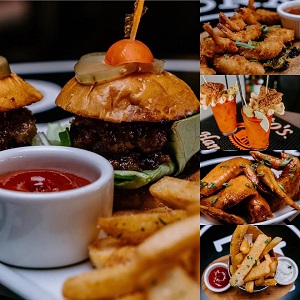 Join us on Sunday, September 8th for the ultimate football season kickoff party!

We’ll have amazing raffles, giveaways, a live DJ and more. 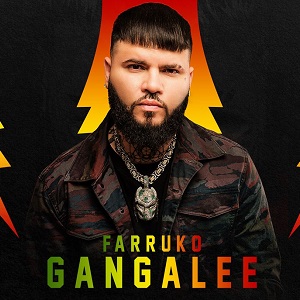 Carlos Efren Reyes Rosado, better known as Farruko, is a singer-songwriter born in Bayamon, Puerto Rico, who is considered by experts as a musical phenomenon of our times for his great musical versatility performance expertise. Farruko has consistently demonstrated his dominion over most sub-genres of urban music like Reggaeton, Rap, Hip Hop, R & B and now Trap Latino. He has also proved his adaptability, crossing over into pop, bachata, mambo and vallenato genres.