Gaslamp Plaza Suites- A Historic Beauty in the Gaslamp Quarter

As you enter the subtle elegance of the Gaslamp Plaza Suites lobby, you step back in time. In 1913 this nationally registered historic site was erected by Nathan Watts to be the city’s first “skyscraper”. Eleven stories of marble, brass, mosaic tile, and Australian gumwood make this iconic building a beauty of master craftsmanship. This excellence was extended into the banking offices of the financial institution that was to become San Diego Trust and Savings. This organization occupied the tile, marble and gumwood splendor until 1927, when the offices were moved to their present location at the corner of Broadway and Sixth Ave. 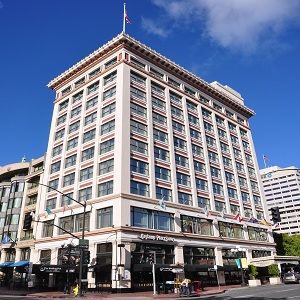 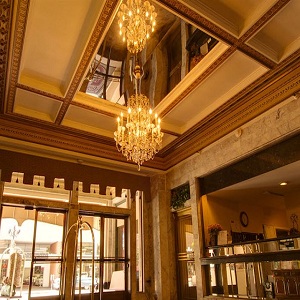 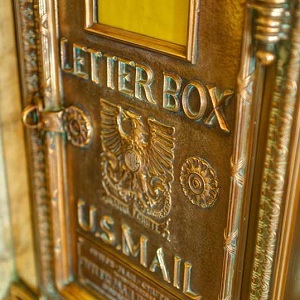 In 1926 the building had its first change of owners, Mrs. Pauline Watts Settle became the owner at the death of her brother and kept the building for eighteen years. With the upsurge of the economy in 1937, Mrs. Settle authorized the first major remodeling of the Watts Building with new elevator and hall lighting systems.

The business use of the building took a decided change in 1944 when ownership was transferred to the Teacher family. One was a jeweler from Illinois and soon the jewelry trade became prominent among tenants.

Ownership then was transferred to Joseph H Norman in 1951, the building was described as having “125 offices,” and then in 1952 both the ownership and the name of the building changed for the next 25 years. The Robinson building housed a variety of businesses. It remained an important address for doctors, lawyers, jewelers, photographers and importers.

Most recently before its transformation into a small luxury hotel, the building was known as the Jewelers’ Exchange. The marble corridors were filled with gemologists and jewelers, buyers and sellers, wholesalers and retailers, importers and exporters. 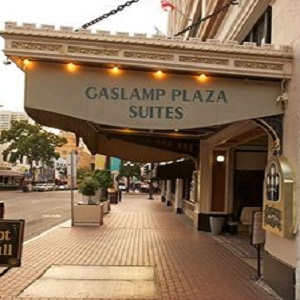 In 1988 Gaslamp Plaza Suites opened as a 60 – suite hotel, exuding its rich history with quiet elegance befitting an historic structure of its stature. Many of the original architectural aspects are still evident such as original marble on walls and stairways, coiffured ceilings, brass elevator doors, and Australian gumwood carpentry around the etched glass windows and doors. All are preserved meticulously in keeping with their status of being listed in the National Register of Historic Places.

Each staff member is aware of the Gaslamp Plaza Suites rich history, and have taken pride on letting their guests know about its provenance. Merry Andrus hosts a historic walking tour of the District every Monday, and lets guests know about why The Gaslamp Quarter is a historic jewel, as well as makes all aware of great places to eat, and shop! “I have enjoyed working at the Gaslamp Plaza Suites for many years, and have been able to make great relationships with the member businesses around the Quarter!” said Andrus, referring to restaurants like, Vin De Syrah, the Melting Pot and Pushkin (a new Russian eaterie).

All rooms at the Gaslamp Plaza Suites have incredible amenities, and personalized in wonderful European style. Superb craftsmanship, great service, and historic charm make this a fantastic place to stay! 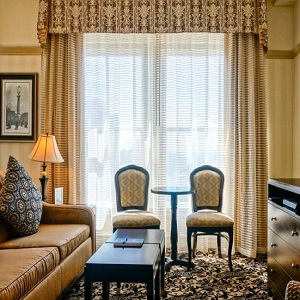