Visit Rabbitville at THE HISTORIC US GRANT Hotel!

Rabbitville will be on exhibition at THE US GRANT hotel from April 1-9. The talented concierge staff have given the visitors and guests a great overview of the 150th anniversary of the Gaslamp Quarter as well as the Rabbitville program. THE US GRANT will be hosting a special Easter Brunch April 1st where the Rabbitville Rabbits will be the perfect touch!

Click here for places to enjoy a delicious Easter Brunch!

150 years ago, the area that is now the Gaslamp Quarter was jokingly nicknamed “Rabbitville” after its chief inhabitants. The “Rabbitville” exhibition started in May of 2017 when the Gaslamp Quarter Association announced the exhibition of 15 fiberglass rabbit statues to commemorate the 150th Anniversary of the neighborhood’s original settlement. This popular exhibition has honored the pioneering spirit of legendary founder, Alonzo Horton, who transformed Rabbitville into modern San Diego. 15 local artists have been commissioned to paint and decorate these unique canvases that have traveled around downtown and to different events since May 2017.

This art campaign not only honors the rich history of our neighborhood, but also helps fund our efforts in enhancing Fifth Avenue with decorative lighting to increase public safety and beautify the district for years to come. 10 of the rabbits have been sponsored by Hard Rock Hotel, Coca-Cola, Warner Bros. Television, Pendry San Diego, San Diego Padres, Ghirardelli Chocolate, City of San Diego District 3 Councilmember Chris Ward, Pacific Magazine, Garden Communities, and philanthropist John Ramirez. Each sponsor was able to collaborate with an artist to create a rabbit unique to them.

“There are just 5 more to be sponsored” said Executive Director of the Gaslamp Quarter Association, who is referring to the five beautifully adorned Rabbits that officially kicked off the campaign. Monty Montgomery created the rabbit named “Diego”, Sarah Soward, “Against All Odds We Thrive”, Tasha Hobbs, “Honoring the Disdained”, Matt Forderer “Willabee”, and Rebecca Nuvoletta’s “Ordinate.”

Snap Your Picture with #Rabbitville: 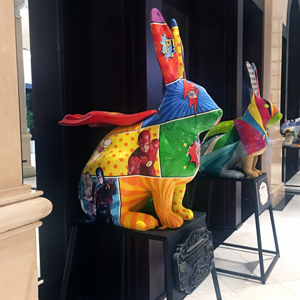 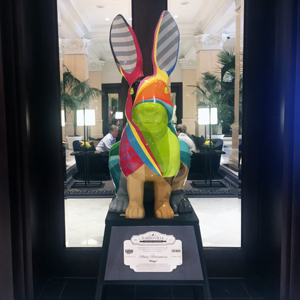 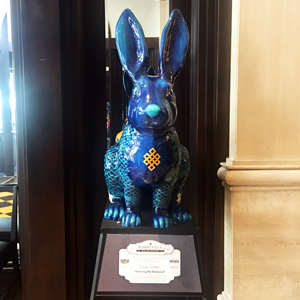 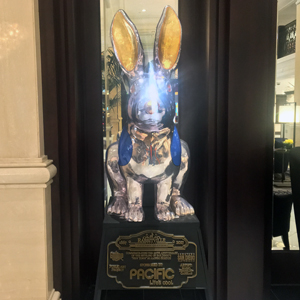 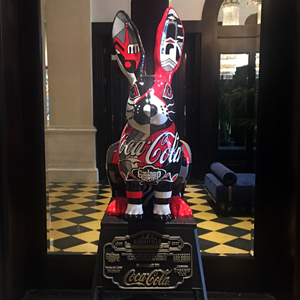 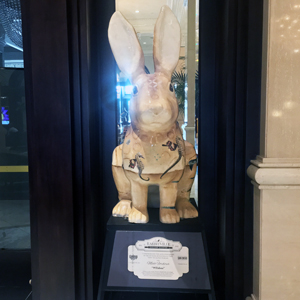 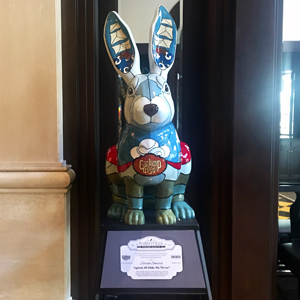 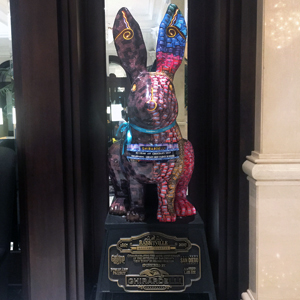 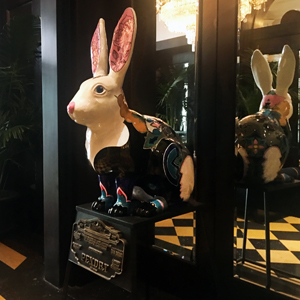 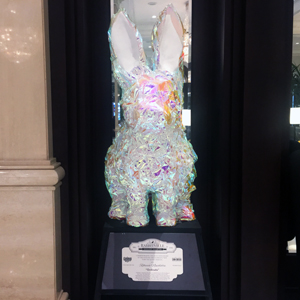 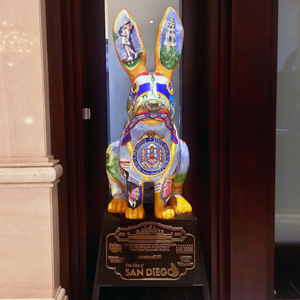 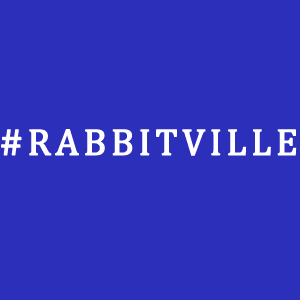